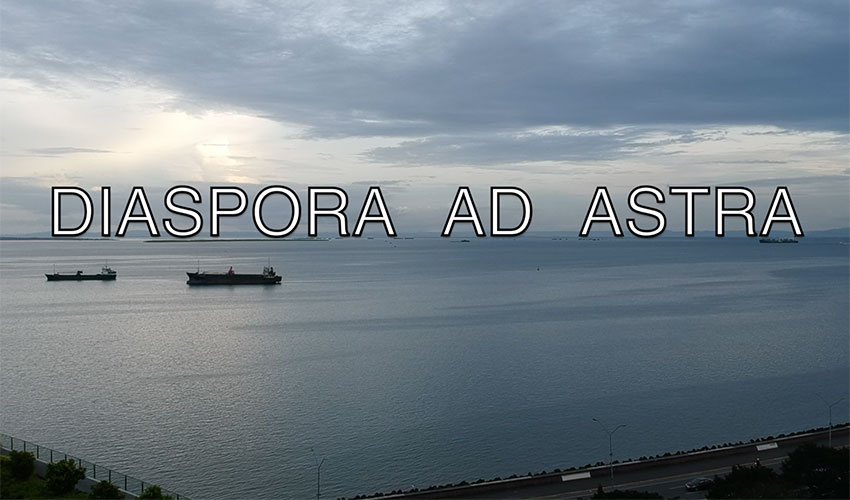 Chus Martínez is an internationally renowned curator, whose curatorial practice is that of generosity, expressed through different techniques of care such as listening and voicing. Her ways of working are based on close conversations with interdisciplinary practitioners. Learning from artists and scientists, Martínez works on developing new experiences of knowledge to be shared with the public.

With a background in philosophy and art history, Martínez turned to the practice of curating as a way of expanding the theory though embodied exhibition-making. Since 2014 she has been Head of the Art Institute at the FHNW Academy of Arts and Design in Basel, Switzerland. Before that, she was chief curator at New York’s leading Latin American cultural institution El Museo del Barrio and she also served as chief curator at El Museu d’Art Contemporani de Barcelona MACBA. Among numerous exhibitions and publications, Martínez curated the Cypriot Pavilion at the 50th Venice Biennale in 2005, and in 2010 she was Curatorial Advisor for the 29th Bienal de São Paulo.

After a phone call from artistic director Carolyn Christov-Bakargiev, Chus Martínez decided to join the team and worked as Head of Department, and Member of Core Agent Group during dOCUMENTA(13) in 2012. Happening every five years, dOCUMENTA was a special chance for Martínez to go beyond temporary thinking like that of biennials, and to follow her genuine feeling of urgency – to have a profound influence on contemporary culture, working with art as an essential contribution to our idea of freedom and intelligence.

Under her direction of the Art Institute in Basel, the pathways of learning, research and practice are concentrated on the three pillars of nature, gender and race. The Art Institute is an experimental environment for artist’s education, artistic research and curatorial performance, at the same time artistic production being entangled in theoretical reflection. It rests on novel working methodologies highlighting the ideas of friendship, responsibility and coexistence.

Chus Martínez is also the expedition leader of The Current, a project initiated by TBA21–Academy (2018–2020), devoted towards a deeper understanding of the deep blue ocean. The Academy is an artistic production hub for creative emergency solutions to the most pressing problems of the underwater world. This non-profit programme of interdisciplinary research commissions, fostering engagement, stimulating new knowledge and inspiring artists, brings to the fore the power of art as a means for communication, change and activity. The Current has also inspired Art is the Ocean, a series of seminars and conferences held at the Art Institute that Chus Martínez has been an organiser of.

Beyond the ocean’s surface, Martínez traverses the artworld airways, fighting for women’s equality, as the main cause. With the support from both the Art Institute and Instituto Susch, she has conceived the Womxn’s Center of Excellence, a think tank to assess, develop, and propose new social languages and methods to understand the role of women in the arts, culture, science and technology or any other areas related to the contemporary culture.

Working in the expanded field, through her practice of curating, Chus Martínez highlights the contemporary character of ‘the curatorial, its interdisciplinarity, discursivity and performativity. All her energy flows toward the development of consciousness of the human and their environment, enacting multiple events of knowledge with art publics.


For our audience that is not familiar with your work, could you tell us a little bit about your background and inspirations and how these relate to your current practice?

I studied philosophy and art history. I never really thought about becoming a curator, strictly speaking. My ambition was to „prove“ that art is an essential contribution to our idea of freedom and intelligence, that’s why exhibition-making was better than just theory since it allowed me to come closer to the way art and artists think.

The Art Institute is probably one of the few art schools where nature, gender and social justice are placed at the core of the curricula. We are a fairly small public institution, but our size is our best asset. we can really try different working methodologies, create friendships with other foundations—like TBA21–Academy, for example—in order to expand our service to the public. There is an idea of duty in our family, a sense of responsibility towards the values of coexistence and the role artists play in sustaining them for the rest of the social.

What I can do here that really matters to me is to be generous: we can really take care of the artists studying, we can offer technical support and facilities for artistic production. But we can also offer the artists a community, in Switzerland and beyond, a place to continue reflecting on subjects of crucial importance, a place for exchange and participation through our symposiums, film and audio platforms. This, to be able to give to others and listen, as well, to what they have to say is the greatest thing.

Could you outline any particular approach being taken in the development of der TANK, the Art Institute’s exhibition space? Any standout artists or works to enlighten us to?

From the beginning, I have particularly liked that der TANK is not an exhibition space as such. It lacks any institutional form, it is—technically speaking—the extension of our sculpture workshop. This is great, as it gives the space a sense of place-for-working, for trying. We decided that the space should have three very important dimensions: to host student’s initiatives, to host special commissions and alumni exhibitions. These projects constitute the programming of a fairly relaxed art space. The commissions are entirely dedicated to projects revolving around nature or, better said, epistemologically expanding our senses towards nature. Mathilde Rosier, Ingela Ihrman, Julieta Aranda, Teresa Solar, Eduardo Navarro, Cecilia Bengolea, Raffaela Naldi Rossano and soon Taloi Havini have participated in this program.

You are also the Leader of The Current Fellowship program at TBA21–Academy, where you are in charge of a series of programmes that feel extremely fresh, appealing and meaningful of the current times (both from the artistic and the curatorial point of view). What was the vision you had in mind to develop when you joined?

Learning. When I joined TBA21–Academy, I knew much less than any member of their team about the Ocean. I love it when a new possibility is really motivating you to know more, to actually revise your premises as well. This has been key to the proposals I am developing with the team. And, I think, every month I see aspects and possibilities, not only of producing art but of communicating better what we do, that I didn’t see before. Actually, it is only now, after the third voyage that I am getting a vision of what can be done. This feeling is great because it means we can still invent and surprise and have people on board.

What has been the most profound finding that working in artistic projects that aim to raise awareness of the meaning of our oceans has impacted on you?

That marine biologists are artists. That the gap we socially see between applied science and art is conceived by academic thinking and it serves academic thinking interest. But marine biology, for example, embraces practice and experience in a very similar way to art, and for that reason, the marriage of both can produce a totally different understanding of what needs to be done. An understanding that does not depart from rules and norms, but from feeling the same ways as the Ocean does. And if you do, if you feel the same way as any other form of life it is almost impossible to betray this feeling and do wrong.

And could you advance us a little bit on what is to come?

We are working on a special issue of e-flux magazine on the ocean, producing films by artists for TBA21–Academy’s Ocean Archive site and Corona Kino site at the Art Institute, as well as continuing with a series of podcasts called Corona Under the Ocean produced by Sonia Fernández Pan that has turned out to be incredibly fun. I am trying to finish a long text called The Ocean Proposes and also I am working on an exhibition idea.

In times of social and climate crisis, complicated relationships with technology and political strain, what role does art play today in describing contemporary society? Do you have any predictions, expectations or perhaps fears about this deepening relationship of art with technology?

Cultural policy has—for decades—pushed art towards the market and its institutions towards the entertainment industry. But an important segment of artists and art wants and demands a role in interpreting the world with others, scientists, activists, etc. Technology is not bad or good, it is just a great substance that we can turn towards our values and needs or interpret as another extension and domination tool…. But I am generally positive, I think computers don’t prevent us from loving and caring about the Ocean, for example.

How do you envision the museum of the future when the world is back to what is being called the ‘New Normal’ or the ‘new normality’ after the lockdown? Do you think the online exhibitions and events we are experiencing these days will continue?

No. I don’t think online exhibitions will continue. But I do think many museums and art institutions discovered a different language in their digital engagement and it would be great if we all pursue keeping it. It is amazing what we can offer online, but exhibitions are not the winners among the digital, my opinion. But mediation is great, there are so many ways of feeling close and the digital made it more possible. I hope people continue connecting this way.

Curating a big exhibition in a forest, next to the Ocean…