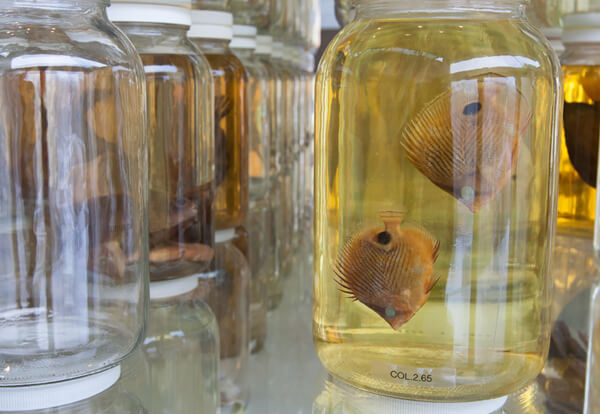 BRANDON BALLENGÉE, how humans co-exist with nature and alter the ecosystem 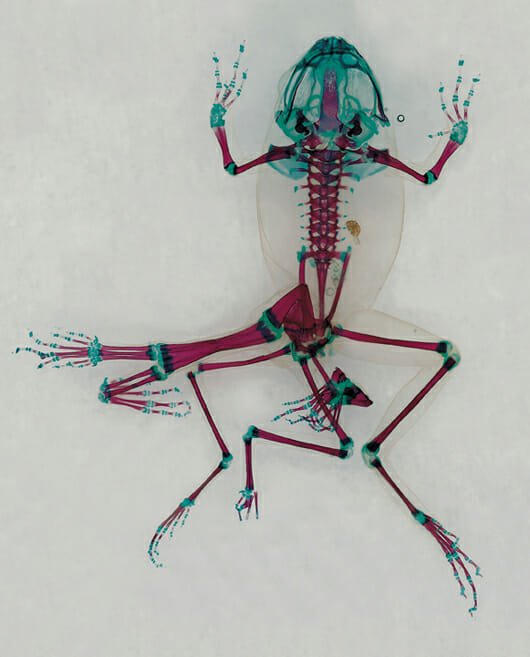 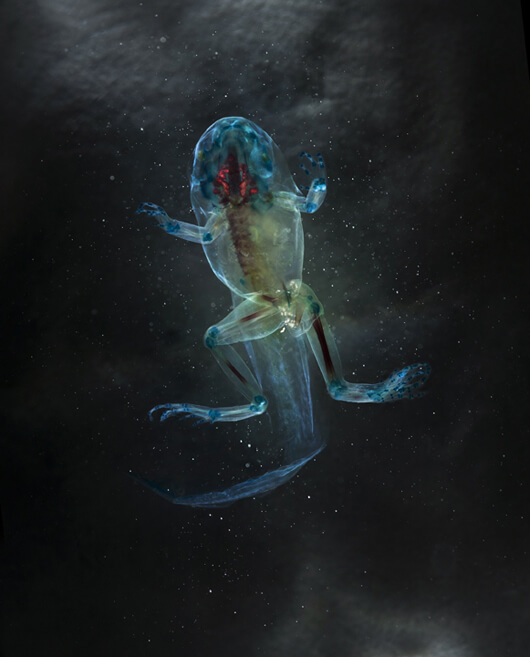 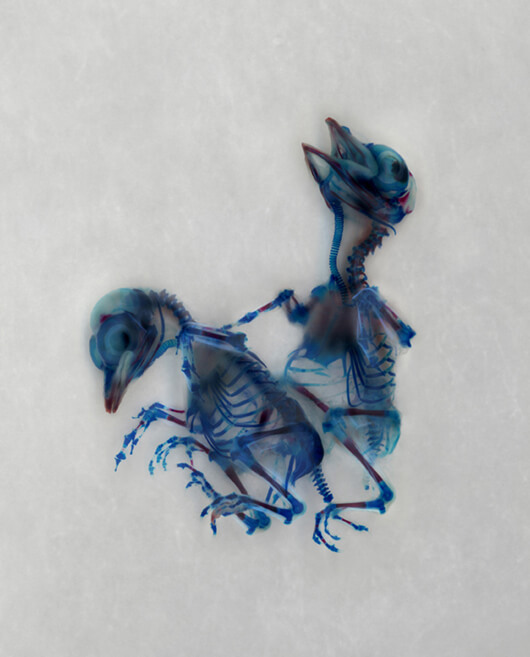 (“Touch of Light in the foggy Night that reverberates the Desire calls Death, Madness, Motionless… Voluptuousness rounded in an arch bombed….” 2010/12. From the series “A Season in Hell”)

Amphibians, birds, environmental catastrophes, ecological destruction, extinct species and overfishing, are some of the themes that define the creative universe of Brandon Ballengée. With a deep connection with nature, Ballengée uses biological materials like his own blood, glowing gems or deformed specimens to challenge and change our relationship with the natural world. Ballengée is a visual artist, biologist and environmental activist based in New York. The central theme of his work centres around how humans co-exist with nature and alter the ecosystem and environment. These themes are explored through the depiction of deformities found in amphibious species.

Three series have caught my attention: Collapse, Malamp and Season in Hell. With Collapse Ballengée denounces the ecological tragedy caused by the 2010 explosion of a British Petroleum exploration well in the Gulf of Mexico. The second one, Malamp: The Occurrence of Deformities in Amphibians – still ongoing – is indicative of his central thematic focus in his work: amphibians and, the third one, Season in Hell exposes the decline of the population of birds.

Focused on damaged environments and using art as a weapon, his thought-provoking series Ballengée blurs not only the relationships between art and biology but also educates its audience on the consequences of environmental disasters for the world’s species. 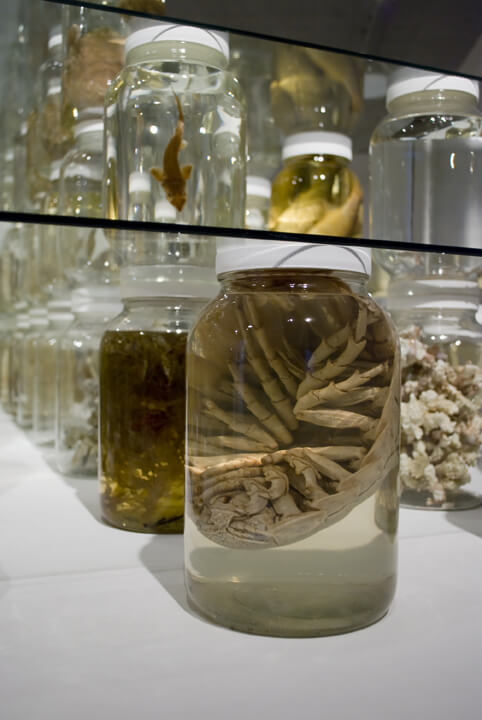 Sadly, the state of the global environment is a reason to be serious. A recent analysis by the World Wildlife Fund suggests that global biodiversity has declined by upwards of 52% in the time that I have lived on this earth.

Amphibians, the organisms I focus on as a biologist, maybe down as much as 41%. Habitats are being lost at record rates. Climate is changing faster and more erratically than scientists predicted just a few decades ago. We need artists, scientists, teachers, bankers, dentists, bus-drivers, children and everyone else to deal with these issues creatively and collectively.

We are never alone, as upwards of 90% of cells in our body are not human. When not around another human though, if given the chance, I love being in nature at night. There is something so magical about hiking in a dark jungle or being in a bayou surrounded by a life full of vibrant sounds.

Have you found beauty in unexpected places/situations?

It is such a great juxtaposition. For that matter, Humpback whales have been just out from Coney Island in record numbers this summer, sea horses have returned to the Hudson River, seals to the Bronx. This is just NYC, I was also shocked to see so many Peregrine falcons in Paris, Great Crested grebes in London, huge numbers of Toads in Berlin, fox in Zurich, Ringtail possum in Sydney, a 2-meter vine snake in Singapore climbing a skyscraper, amazing butterflies in Delhi. Although it is unexpected there is a natural beauty in urban ecosystems around the world.

What do you want to achieve before you die?

My long-term goal is to establish a large ecological reserve where 10% of the land is dedicated to sustainable farming, art studies, a lab, nature center and housing. There, artists, scientists and others will be able to do residencies to conduct research, make their art or do both. The remaining 90% of the land, importantly, will be set aside to ensure permanent habitat for numerous species. The whole project will be a living artwork.

To let the facts speak for themselves. As a biologist, I use the objective tools of science to better understand ecosystems and organisms. Here I must maintain a distance and let the evidence tell its own story. Through my artwork, I can express my concern for organisms and the environment, though I still try to let the work be open to interpretation.

People should not be afraid, to tell the truth, we have to if we want to change. Though sometimes this can lead to trouble. During my last solo exhibition in NYC, which dealt the continued impacts to the Gulf of Mexico following the 2010 BP Deepwater Horizon Oil Spill (the largest environmental disaster in US history) a petrochemical company sent two letters threatening to sue for defamation – which made me realize the show “worked”.

(All photos courtesy the artist and Ronald Feldman Fine Arts, New York and thank you to Aurore Ballengée for her time and help)