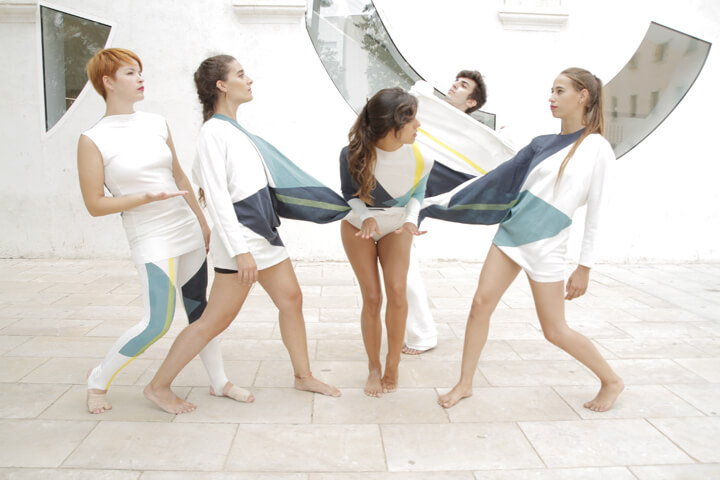 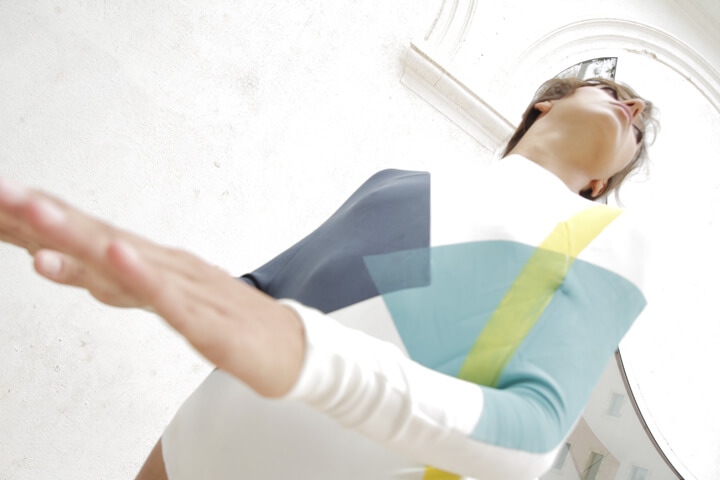 Designer and researcher Marina Castán has been always interested in ‘how design can bring [smart] technology to society in a meaningful way’. From Barcelona but living and working in London, after exchanging a few mails in English Marina and I realised that we have some friends in common however we have never met.

Marina Castán’ approach to design involves sound, smart technology and fashion but was in 2012 when working in the workshop ‘Close to the body research studio’ (a collaboration with Dr. Óscar Tomico) she took a step forward adding the “body” to her design process and since then Marina couldn’t live without ‘other bodies’.

The result of this new approach to the design process was the incredible The Wearable Fashion Orchestra (2014) a project in which signs and symbols are translated into a new e-language. A collection of garments connected with a WIFI mesh to a computer that is wear by dancers. The Wearable Fashion Orchestra dances and performs a choreography that is translated into a new language made of sounds.

Other project in which smart textiles can be interpreted as an e-language is The Touch Project (2012), a project supported by the European Cultural Foundation and for which she created the performance-exhibition Tactile knowledge through textiles. For the project Marina developed a collection of textiles that are closely related to the sense of touch by using thermochromic pigments applied to the fabric. These new textiles changed colour according to the touch and body temperature of the people participating in the performance.

When Roland Barthes wrote The Fashion System (1967) he would never have imagined that in only five decades we would be talking a new ‘wearable technology’ language in which ‘the body has a more relevant role and that implies more layers of meaning’ rather than the garments themselves. 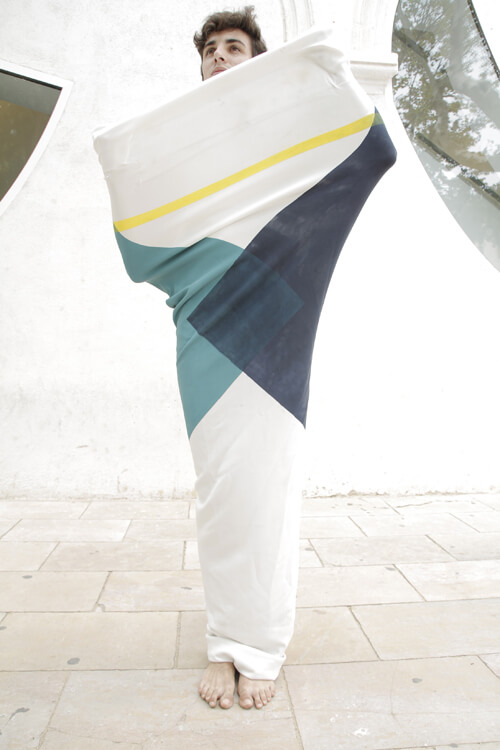 As designer and researcher, could you tell us a little bit more about the intellectual process that drew you into working in the intersection of textiles, technology and the body?

I have a background in textile and fashion design with a specialisation in textile design. By the time I finished my bachelor studies, the topic of ‘smart textiles’ or ‘technical textiles were gaining importance. New textile materials that combined technology and craft started to appear and I began to get interested in this new field that was emerging. I realised about all the possibilities that these new materials could bring into the design and in particular in fashion design.

My interest in the body as a central element within the design process arrived through a collaboration with Oscar Tomico in the ‘Close to the body research studio’ that we organised together in Barcelona, in 2012 in collaboration with TU/e University, IAAC, and ESDi Design School. The approach for the workshop was inspired by the phenomenology of perception theory and had a strong focus on experiential and embodied design process. That increased my interest in such theories and I am using them as a conceptual framework for my Ph.D. project at the Royal College of Art.

Working with the body within the design process opens up for new methodologies and perspectives, not only when it comes to fashion design, that approach is also taken in other disciplines such as product design or architecture.

Textiles are a great interface to mediate between the body and technology, they allow for a friendlier and more human interaction, giving to the whole product a unique aesthetic.

Wearable technologies have the ability to communicate with their owners and by doing so the boundaries between physical and digital are blurring. How people respond to multiple stimuli in a digital environment beyond the touch of a screen or button is one of questions to answer in this 21st century in which people live in a hyper connected society. In which ways do you think are interactive and digital technologies changing or affecting human behaviour?

Well, first of all, the expression ‘wearable technologies’ comprises many levels of complexity and different contexts as well. There is a big difference between a gadget that tracks your body data and an interactive garment. The first one doesn’t involve the body beyond the fact that you are wearing it since the interaction happens without any touch contact or movement (if we think of Fitbit or google glasses).

In the case of wearable technology in textile and fashion design, the body has a more relevant role and implies more layers of meaning and change behaviour. Textiles are about performance and touch; the clothes we wear allow us to move inside them and to perform many different actions in a specific way. In that sense, the democratisation of wearable technology will bring new ways of interacting with our environment and clothes by creating a particular aesthetic.

To keep a good balance between the bureaucratic tasks and creative practice, to keep enjoying what I am doing and to not lose the curiosity and the emergency to create new projects.