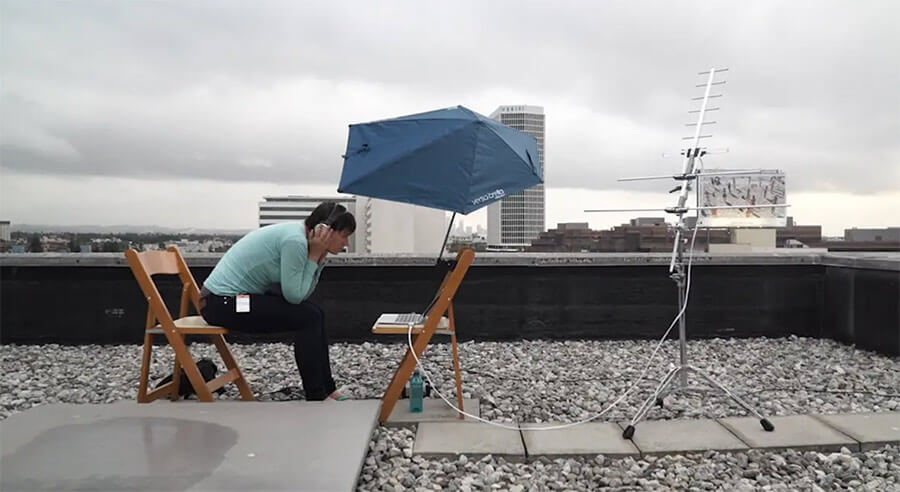 The Art + Technology Lab at LACMA is once again accepting proposals from artists for experimental projects with awards of up to $50,000 plus in-kind support from the museum and private partners in technology and science.

Proposals are due February 21, 2019, and awards will be announced in April 2019. Grants are given for a period of one year, and during that time recipients are encouraged to pursue new directions in their work that explore ideas in technology and culture. Recipients may also receive in-kind support, such as mentorship, coaching, advice, and exposure to technologies in development at partner organizations, including Hyundai, Accenture, Snap, Inc., DreamWorks Animation, SpaceX, and Google as well as independent artists and academics working in art and technology from Jet Propulsion Laboratory, and elsewhere. This year, the Art + Technology Lab is pleased to also be collaborating with the MIT Media Lab Space Exploration Initiative.

Since the launch of the program in 2013, the Lab has awarded grants to 28 artists who have developed projects that engage aerospace, artificial intelligence, satellite technology, terrestrial laser scanning, 3D scanning, robotics, virtual and augmented reality, and more. Many grant recipients have gone on to receive other major grants, academic appointments, residencies, and exhibitions as a result of work that was born in the Art + Technology program.