Exhibition: ‘UUmwelt’ by Pierre Huyghe at the Serpentine Galleries 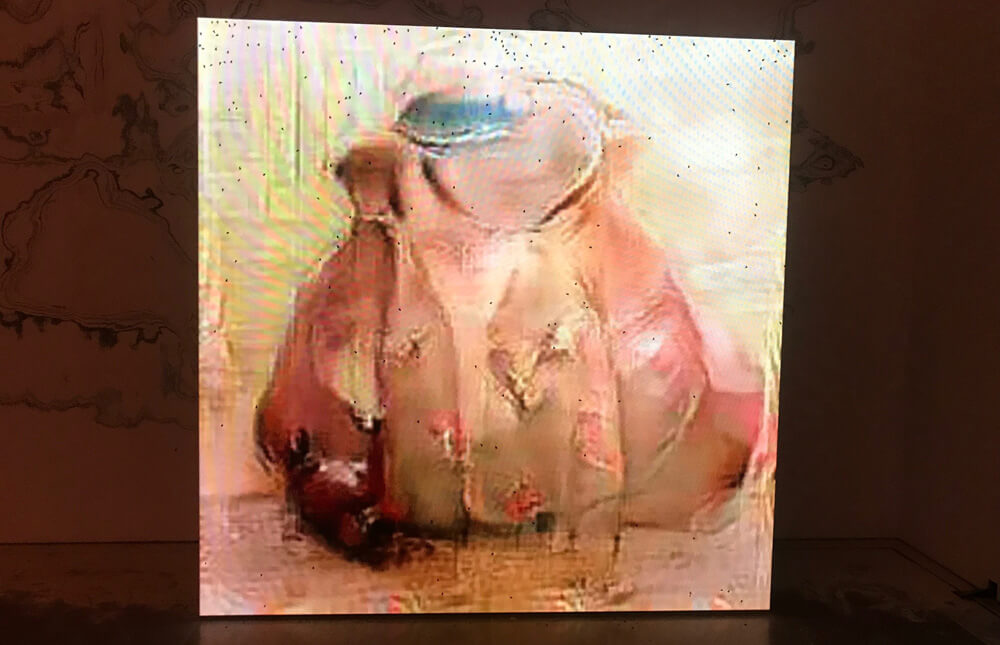 Pierre Huyghe is a French artist born in 1962 and very well known for creating complex installations and environments in which living and non-living entities are involved. He has made art out of bees, painted dogs, cancer cells, and genetically modified GloFish. But with UUmwelt Huyghe is entering in a new world with the help of an MRI and AI. He has thought of a project that only exists in the mind of a subject.

The work at the Serpentines Galleries is an installation that consists of large LED screens and bluebottles flies. When you enter the gallery what you see on the walls is a big LED screen (there are five in total distributed through the gallery) where thousands and thousands of images are appearing and being succeeded by new images very, very quickly. As well there are a community of bluebottles flies flying around the exhibition space which is unusual and at certain point unsetting. The result of the process human-machine is a romantic relationship between the human-biological entity and the machine. But as curator Rebecca Lewin explains ‘it could be understood as the union of three kingdoms: human, animal and machine that have to coexist during the exhibition at the space gallery’.

Pierre Huyghe has worked with scientists at Kamitani Lab / Kyoto University and ATR. As he explains in conversation with Hans Ulrich Obrist, ‘they have done an MRI of someone who is thinking about an image and they take a brain wave at the moment that person is thinking about the images and this wave becomes a pattern, and this pattern goes though multi-neural networks which have a databank of millions of images’. The result is a sort of video constructed entirely by technology in where what we see is thousands of attempts of the deep neural network to build visual representations of human thought.

The title of the exhibition, UUmwelt, it’s a play on the word ‘umwelt’, a term coined by Jakob von Uexküll and Thomas A. Sebeok ‘to describe the experience of being in the world as specific to each biological entity’, Rebecca Lewin explains. ‘Umwelt’ represents the organism’s model of the world. UUmwelt is at the Serpentine Galleries until February 10th, 2019.