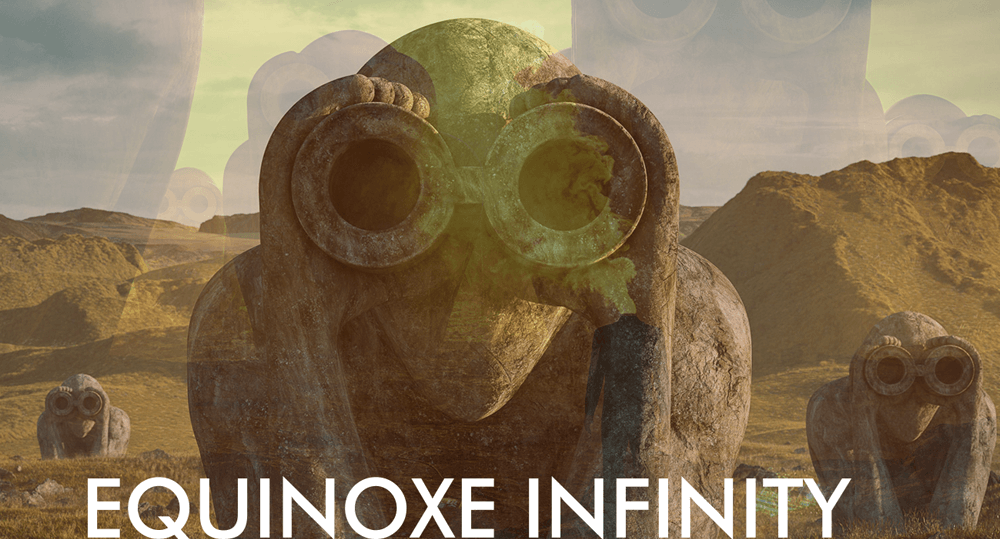 Electronic music pioneer Jean-Michel Jarre is releasing his brand new studio album Equinoxe Infinity, the sequel of his 1978 album Equinoxe. Jean-Michel Jarre has always been fascinated with machines and technology. Trained as a musician (piano and music theory) in 1976 he composed Oxygène using a variety of analogue synthesisers to create memorable, bits, sounds and rhythms that led to a synth revolution and pushed the boundaries of science and technology.

In 2017 Jean-Michel Jarre was awarded the ‘Stephen Hawking Medal for Science & Communication’. Based on his conversations with Professor Stephen Hawking about there will come a day when we [humanity] will have to leave the planet Earth to conquer another planet to survive Jean-Michel Jarre conceived the central idea for Equinoxe Infinity. It draws on his interest in new advances in technology, Virtual Reality and Artificial Intelligence: Are these new technologies a wonder or a threat? Jean-Michel Jarre composed and produced the music of our future and the watchers, the symbol of machines watching us, look into this future: Will we live in harmony with machines or instead will we be dominated by machines? Harmony or a dystopian future? Following Michel Granger’s design for Equinoxe in 1978, artist Filip Hodas has designed the two covers of the album . In one of the covers the watchers are watching us living in harmony with nature and technology while in the other one, the apocalypse comes across the planet and the watchers look into this dystopian future in which machines dominate humans.

Equinoxe Infinity is set to arrive this Friday 16 November, almost forty years to the day since Equinoxe was launched in 1978. We got the chance to meet Jean-Michel Jarre at Sony Music in London and over one hour we talked about technology, AI, machine learning and what’s next for humanity. We will be publishing the interview soon.