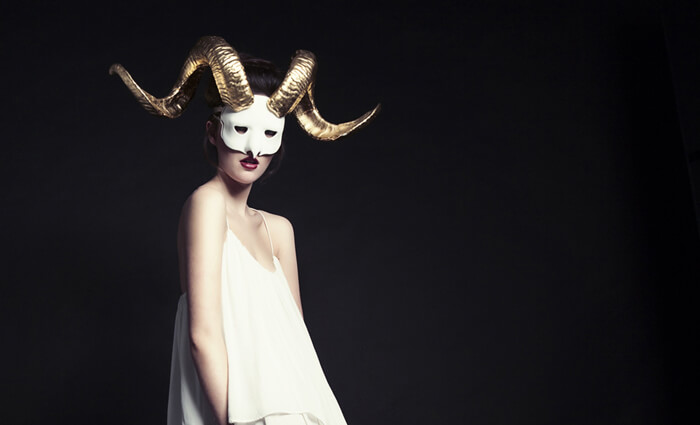 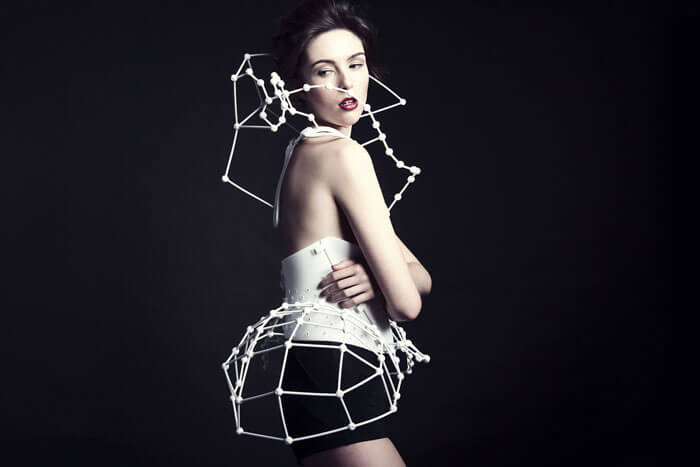 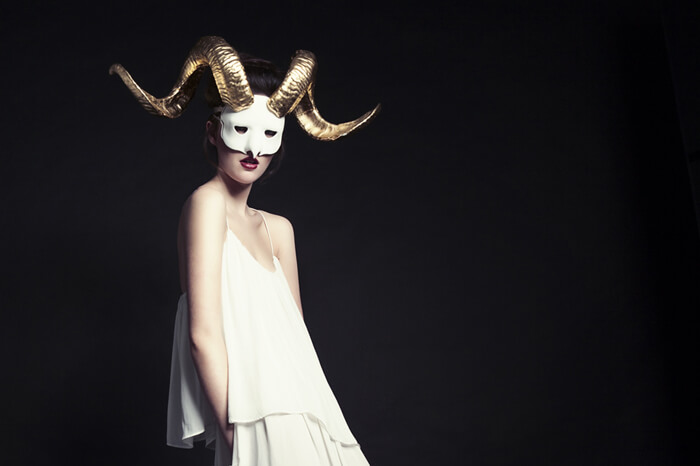 London based designer Catherine Wales worked with some of the most influential fashion labels in the world including Yves Saint Laurent or Jean Charles de Castellbajac before she started experimenting with the digital world and 3D printing. My first exposure to Catherine’s work was at last Summer’s enjoyable DNA Project —displayed at the exhibition The Future Is Now at the London Design Museum. My Master’s Degree in Molecular Genetics all but guaranteed that Catherine Wales’ work would catch my attention over other works at the exhibit.

If the role of the design is to create a sense of external identity and the role of the DNA is to carry the genetic information of an individual, then Catherine’s idea of combining fashion and molecular genetics with technology is both innovative and fascinating. It also promotes conceptual thinking about methods of garment construction in both a contemporary and future sense.

Inspired by the visual structure of DNA, The DNA Project is a three-dimensional accessory collection made entirely of nylon —a very flexible material—and created using a 3D printer. Catherine explains how the idea behind her project came about saying that ‘I decided to take a closer look at what makes us who we are both internally and externally’. 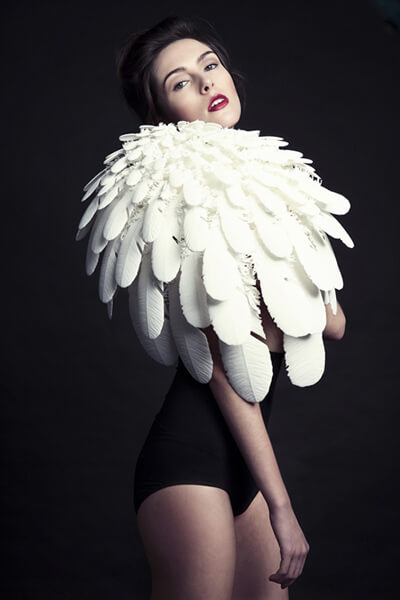 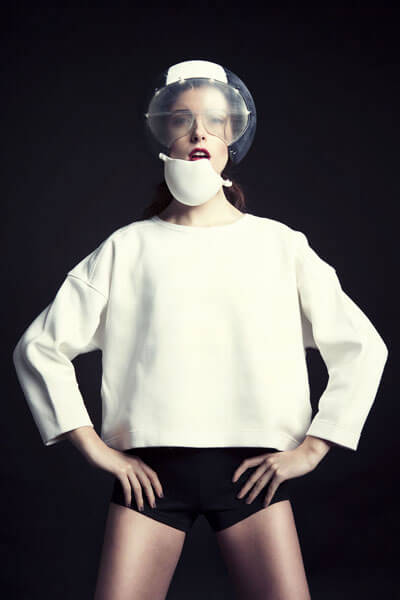 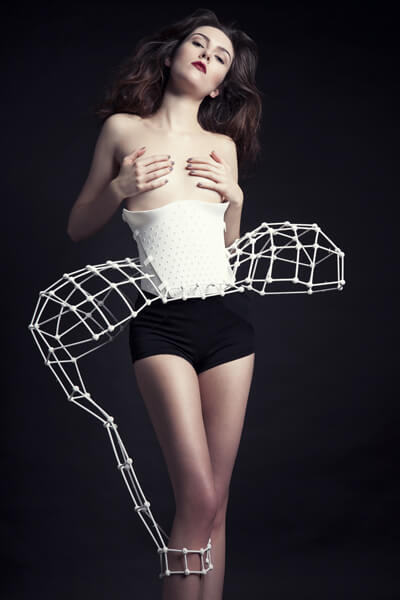 As a fashion designer you worked with Emanuel Ungaro, Jean Charles de Castelbajac and Saint Laurent, when and how the fascination with the human chromosomes come about?

I’ve always been interested in individualism and how people choose to create their image and project themselves. I decided to take a closer look at what makes us who we are, both internally and externally. This is when I chose to use our internal make up (chromosomes and bone structure) to influence a mass producible yet individually customizable frame that can be built around our bodies like a fashion chromosome Lego. Each person can have the same pieces yet through our individuality; have a completely different outcome when built.

The garments you have designed are (true) pieces of concept art that have a practical use. Do you think there is an actual market for them?

I do, yes. They have generated a lot of interest from festival goers to theatre, set or window design. I wear the corset and bra under my clothes to give my figure a more curved shape and this can be done for anyone, now. They are also strong conceptual pieces that can influence other creatives and innovators on the future of fashion and image building.

Project DNA has been produced using white nylon with a 3D printer. Do you think 3D printer will dominate the fashion manufacturing in the future?

It’s not just about 3D printing but the process of 3D prototyping from beginning to end. I don’t think we should see it as dominating, rather contributing to a better and more sustainable manufacturing method for some items. Tailoring and traditional methods will always have their place and the two industries can benefit from each other’s existence.

Will 3D printer be the symbol of the third Industrial Revolution?

It’s certainly looking that way. But there will be other technologies beyond 3D printing and we should always be looking ahead.

Which one is the most important thing of the creative process for you?

I think the answer depends on the creator and what they’re trying to achieve. For me there were a few factors. I wanted to send a message so the result needed to be not only aesthetically pleasing to the eye but also accurate in body fit and engineering design for multiple flexibility and true function within the product.

How do you deal with boredom?

My mother always accused me of being on cloud nine when I was younger. I guess I’m a dreamer and dreamers are never bored.

Time out to reflect and gather my thoughts, or let my mind loose and dream a little.

One for the road… If you could visit any fashion designer’s mind, who would it be and why?

Alexander McQueen. He believed in himself when no-one else would. He did what he believed in and followed his passion. I don’t think it’s easy for an artist (or anyone) to look inside their own self, challenge themselves, learn about themselves and then confidently present an image or give a message for the world to dissect, analyse and criticise.

It’s the challenges that an artist faces and how they deal with them that interest me.