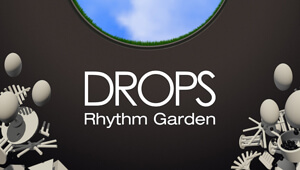 Spacial sound designers and researchers are exponentially exploiting the possibilities of new media such as virtual and augmented reality; and some of them are already bringing us palpable creations, Planeta, a product studio based in NYC, works at the forefront of experimenting with sound and its interactions with emerging technology. Planeta is addressing the future of interface-sound composition design and bringing an inclusive take into sophisticated musical processes by tacking sound away from the usual production parameters. Planeta’s creations focus on a moving, 3D experience, where actions are open-ended and completely immersive.

Today Planeta are releasing Drops, a drum machine for a VR environment reimagined as a generative gravity based collision course. Exchanging knobs and buttons for particles emitters and shapes traversed by particles bouncing off imaginary musical surfaces it will offer an immersive setting for music production set in a serene environment for Oculus and HTC Vive. Drops distances itself from the usual VR experiences as it adds an educational layer, as kinaesthetic learning provides a way for those with little to no musical training to create vibrant, polyphonic rhythms. The first two sound libraries were created by experimental composer Patrick Higgins (of Zs) and DJ/producer Patrick Russell. Further, Drops virtual space has been inspired by the work of the Japanese architect Tadao Ando, who is highly regarded for his unparalleled work with concrete, the sensitive treatment of natural light and active engagement with nature.

Planeta also recently released Fields, an augmented reality app for iOS which allows you to compose on a 3D sonic canvas. The app uses the physical space and soundscape around the user to paint with sounds visualised as glowing orbs. Loops are recorded via the mic and spatialised around your environment which can then be rediscovered by pointing your device in their direction. Fields include original works by Matmos, Ami Yamasaki, Matthew Patterson Curry, Nils Berg Cinemascope, and an exclusive spatial edit by Robert Lippok but the app comes really alive when using your own soundscape as a playground.

Robert Lippok shared with us why he got interested in the app: “With the fields project two of my interests came together. Gaming on one side. I`m not a gamer but I see that there is so much new thinking coming out of this scene. I`ve just been to a Indie game fare in Berlin called A Maze. More and more is gaming, art and literature merging together. With a gaming approach you can rethink the narrative of a story, recombine music, work total different on art pieces and so on. Second is spatial music, as Wikipedia says, music in which the location and movement of sound sources is a primary compositional parameter. I‘ve been working on many installations where the spectator was invited to move around the space and experience the changes inside the sonic field. And I’ve developed, together with the American composer and journalist Peter Kirn, a musical interpretation of an architectural model for 4DSOUND.

This highly complex sound system makes it possible to precisely position sound in space and move it. People could walk through our sonic model. All the installations I’ve made in the past have been stationary and needed a big technical effort and all kinds of preparation. FIELDS combines gaming and spatial composition in a most playful and also very important mobile way. When I’ve got the invitation to work for this software I said immediately yes because it was just something I was waiting for. “

About his piece, Drawing from Memory, Lippok goes on saying that it is based on a sound experiment he did with students some years ago: “We where talking about imagining sound. Sounds from memories, sound from every day live and unheard sounds.  Later than we started to create sonic events just with words, which we translated into some tracks.  Drawing from Memory is a sonic interpretations of one of those sound / word pieces. FIELDS makes is now possible to unfold the individual parts of this composition and frees it in the same time from its one-directional existence as track on a CD. I should do this with all of my pieces. I see a snowstorm of possibilities.”

With these two news apps Planeta is releasing, it feels more tangible where we are heading concerning sound composition; paradigms are changing, and these technologies will bring -as Robert Lippok thinks- a “snowstorm” of possibilities,  many of these we still can’t even imagine.

You can get Fields and Drops following the links. 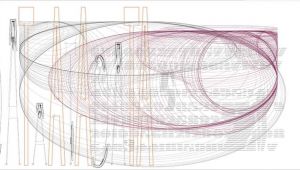 ‘To See it in Another Light: Lazzaro Art Doesn’t Sleep’ by Charlotte Kent 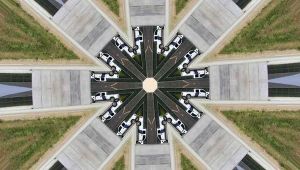 ‘Windows on a Pandemic’ by Charlotte Kent 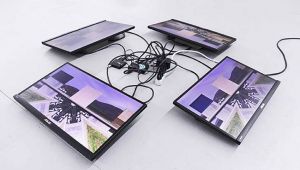 ‘Views on the Armory Show 2020’ by Charlotte Kent 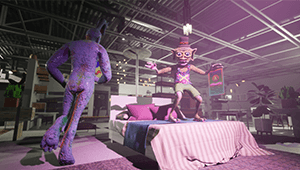 Insight: ‘Dataatadata: Everything and Nothing’, Chris Klapper and Patrick Gallagher