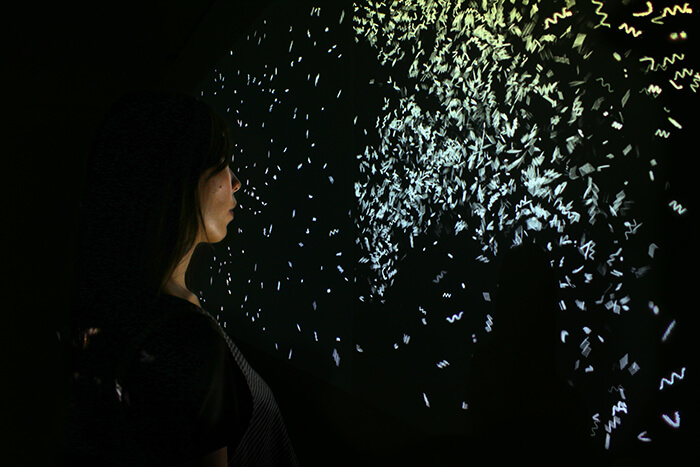 Arcade East, London College of Fashion’s new project space, was developed to host a themed season of events and installations with a focus on digital practice and innovation each summer as part of a new LCF Arts Programme. Most projects are developed in conjunction with a new interdisciplinary space, the Digital Learning Lab, which operates at the intersection between traditional and digital practice for design, making and ideation.

This summer’s programme focuses on Sustainability and Innovation, with workshops and installations.  It also includes a series of events during the London Design Festival in September including Open Sesame, an installation by 2017 Fashion Space Gallery Design resident Charlotte Maeva Perret and The Anthropocene Body – Plumial Space on 14 September, 3-9pm

The project is presented by Fashion Space Gallery’s 2018 Designers in Residence Nestor Pestana – also featured in CLOT Magazie with his graduation project- and Deborah Tchoudjinoff who have been exploring the subject of fashion and sustainability in the age of the Anthropocene, reflecting on the possibilities of linking fashion and biotechnology. Advancements in biotechnology are providing us with a new perspective on what it is to be human – that we are in fact an ecosystem made up of trillions of micro-organisms which live within and on our bodies. Not only that, they extend beyond our skin forming invisible clouds of microbes, called microbial plumes. The microbial plume is unique to each of us. As we interact with our surroundings, we leave behind parts of it, making it possible to trace it back to each person’s unique identity, where we have been, who we have been with, and our microbial make up.

In this event, the audience will be able to experience simulations of their microbial plume through an immersive installation, alongside prototypes of fashion artefacts that embody personality archetypes of a speculative scenario exploring the microbial plume and its possible cultural interactions.