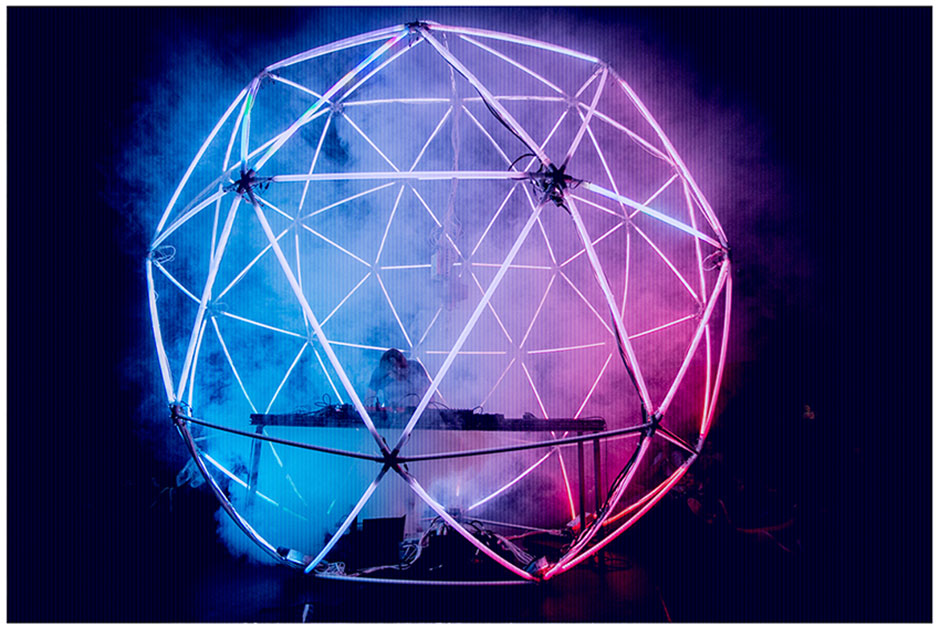 TodaysArt is The Netherlands’ longest-running festival of pioneering audio-visual acts that will temporarily transform The Hague’s city centre once again this year from 21 to 23 September. Since its first edition in 2005, TodaysArt has been bringing together the most innovative achievements from crossovers between art, music and technology. The 2018 edition is dedicated to new perspectives on parallel physical and virtual worlds, which human life simultaneously inhabits often beyond simple control and cognition.

This 72-hours-long journey, packed with national and global premiers, develops on 12 festival stages and in 360° projection environments made out of coded lights, sounds, images and moving objects. In collaboration with the Society for Arts and Technology from Montréal (SAT), TodaysArt presents the 14m diameter Fulldome that will house five immersive live performances. The festival opens the doors to another unearthly venue this year, hosting Light Leaks by Kyle McDonald and Jonas Jongejan that consists of a darkroom, 3 projectors and 50 disco balls. Apart from clouds raining with light particles, there is also SpaceTime Helix by Michela Pelusio, an optoacoustic instrument, creating a 15m high vertical standing helicoid.

Among numerous multidisciplinary performances, the audience will also take part in the processes merging live video, dance, music and physical theatre, present in Manufactory, a collaboration between artist group Transforma and musician and composer Sascha Ring (Apparat). There is also an epic club lineup featuring ‘ear-openers’ such as Kuniyuki, DJ LAG and SHAPE artists. However, among the main festival’s highlights is the world’s first neural analogue synthesiser, CellF by Guy Ben-Ary, a neural network that during the festival will perform live with human musicians. To add even more to that, after this year’s debut, Oneohtrix Point Never brings his multimedia performance MYRIAD, a science-fiction ‘concertscape’, while Turkish music duo c / a present HYPER_HOLOGRAM a synthesis of artificial intelligence and machine lea.