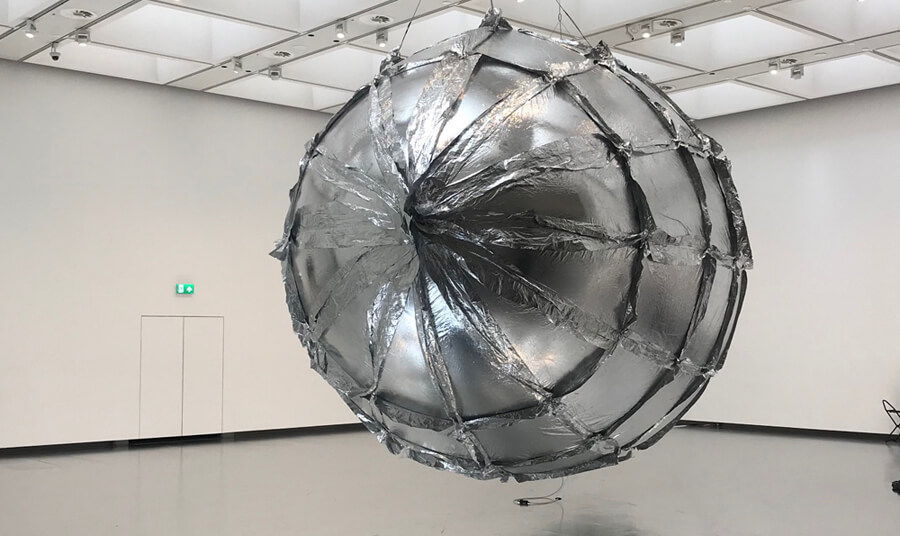 Lee Bul is a contemporary sculpture and installation artist whose career spans three decades. She lives and works in Seoul and has had major solo exhibitions at museums and galleries across the world, including the Mori Art Museum, Tokyo (2012), the National Museum of Modern and Contemporary Art, Seoul (2014), MUDAM, Luxembourg (2013) and New Museum of Contemporary Art, New York (2002).

Bul was born in South Korea in 1964 and the experience of growing up in South Korea during a period of political upheaval shaped and permeated much of her work. Her source of inspiration comes from science fiction, philosophy and personal experience. ‘My work has always been a representation of a desire to transcend limitations’, she said. Rather than using traditional sculptural materials, Bul uses fabric, foam, sequins and silk that other than represent luxury is a metaphor of ‘class, consumption and production carried out by women’.

In her early works she questioned the marginalisation of women, but since the early 2000s, she has focused on architectural utopianism and the world that surrounds us creating installations that, looking at the past, reflects the ideals of a futuristic society. As the colossal Willing To Be Vulnerable (2015-16) takes up a whole gallery. The beauty of technology takes the shape of an enormous inflated silver metalised balloon that resembled a zeppelin. Zeppelins were first flown commercially in 1910, and they were a symbol of progress at the beginning of the 20th century.

Bul’s work encompasses performance and large-scale installations that involve the audience. For her retrospective at London’s Hayward Gallery Bul underlines the importance of the space as part of the show. The space gallery itself is a crucial piece in the exhibition, Bul treats the gallery as a collaborator, like in her installation Weep into stones (2017–18). For it, Bul has covered the exterior of the gallery in a shimmering curtain of fine steel wire, crystal and glass.

This exhibition coincides with Hayward Gallery’s 50th Anniversary and is supported by the Korea Foundation, Swarovski and the Henry Moore Foundation.