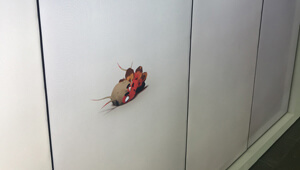 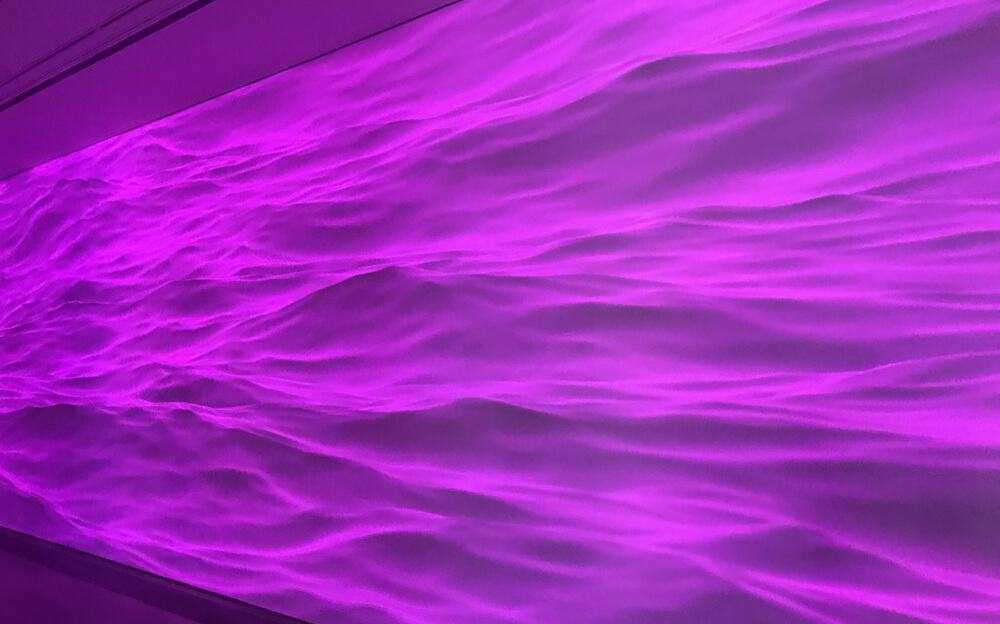 This spring at the Serpentine Galleries two groundbreaking exhibitions are taking place: Sondra Perry’s Typhoon coming on, on view until 20 May 2018 and Ian Cheng first solo exhibition at the U.K. until 28 May that comprises two parts:  BOB (Bang Of Beliefs) and Emisaries.

American artist Ian Cheng transformed the Serpentine Gallery in a retreat for BOB, a new animal form that has been the guest at the Serpentine Galleries for the last two months. BOB is leaving, however, from this Tuesday 24 April the Serpentine is home to Emisaries (2015-17), a trilogy of simulations described by Cheng as ‘a video game that plays itself’.

BOB, an artificial intelligence form of life, has been growing and evolving at the Serpentine influenced by the emotions and behaviour of those around him visiting the Gallery. There are as many BOBs as visitors, each interaction with BOB drives to a new episode in their development. Then, from 24 April until 28 May, the Gallery will become home to Cheng’s Emissaries trilogy (2015-17), recently acquired by the Museum of Modern Art, New York.Each Emissaries episode is a computer-generated simulation featuring a cast of flora and fauna that interact, intervene and recombine in open-ended narratives.’ the gallery told us. Cheng’s influences rank from George Lucas’s special effects house Industrial Light & Magic to his education in cognitive science. His works explores concepts of evolution, consciousness, and human psychology.

Sondra Perry’s Typhoon coming on is on view at the Serpentine Sackler Gallery. Perry uses video, computer-based media and performance to explore concepts of digital identity. Blackness, black femininity and African American heritage are the central axis of her work.