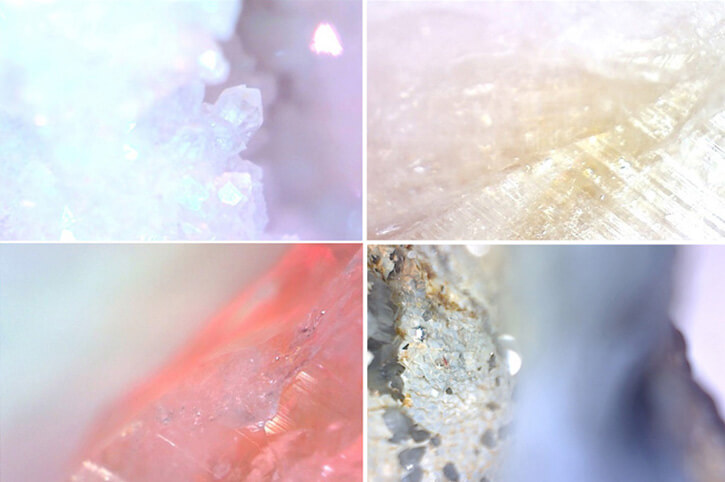 MELISSA STERRY, blurring the boundaries between environment, technology and engineering 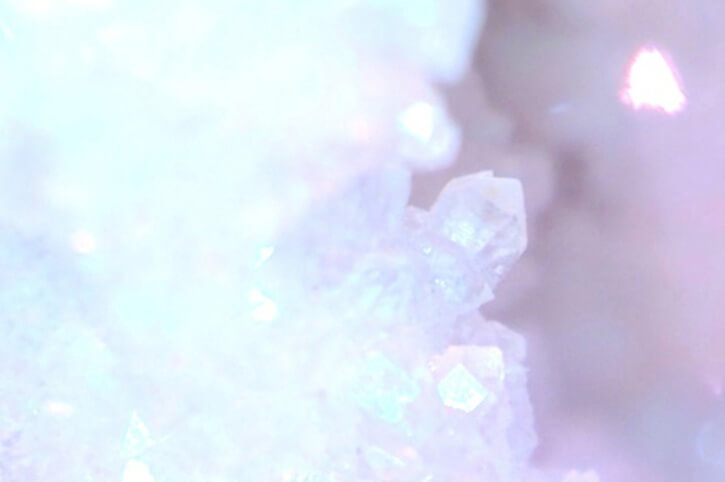 Hurricanes, earthquakes, tsunamis, heat waves, droughts, tornadoes and eruptions are commonly known as natural disasters for most people, but what if it’s a cry for help from Earth? The climate crisis could have a positive impact in society: we need to adjust our thinking and change our behaviour in order to live in sustainable harmony with our planet and the environment.

Nature is wise and has created perfect biological methods and solutions, so why not follow their rules? Melissa Sterry, design scientist and unconventional thinker with a cutting-edge focus on Biomimicry, Living Architecture and Resilience Theory, is a futurist of our planet. Founder and director of Bionic City, Melissa Sterry is blurring the boundaries between environment, technology and engineering. Based on Biomimetics, Biotechnology and Biology principles, Melissa tells us that Bionic City “embraces the European tradition of the imaginary city as a vehicle for philosophical exploration of possible architectural and urban futures”.

The cities of tomorrow will be made not only by architects, designers, engineers and technologists but also by the people that live in them, who will surely become environmental activists working to protect the fragility of nature and decelerate the degradation of the environment. 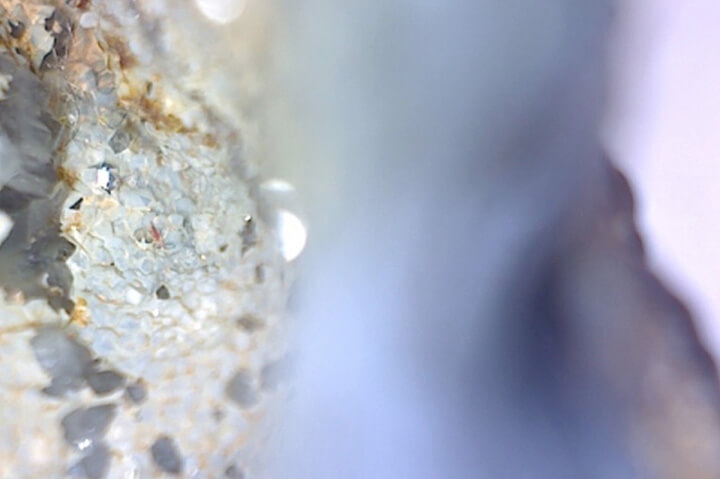 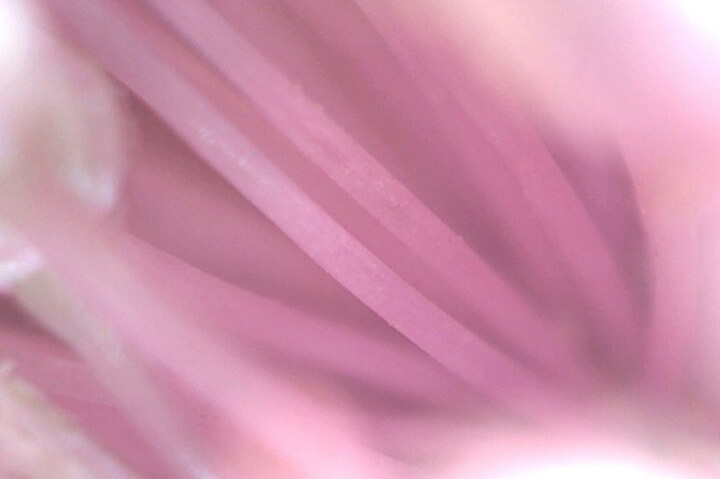 You are a design scientist working in the intersection of environment, science and technology, when and how did the fascination with them come about?

My fascination with the natural world stems from childhood. For as long as I can remember I have been captivated by flora and fauna, content to while away hours quietly observing and experimenting, learning about how and why things are as they are. My interest in the wider sciences is an extension of this, and part of an unceasing desire to make sense of the world about me, and not least in a day and age when the line between that which is, and that which isn’t is sometimes very fine.

My relationship with technology is entirely focused on that which has the potential to make a difference that really counts. Hence, I’m all ears if we are talking tech that can tackle wildlife, environmental and social issues, and have a casual in that which might make my life and that of others a bit easier, but I have no time at all for technology for its own sake.

Once dubbed a ‘biomimetic imaginarium’, Bionic City embraces the European tradition of the imaginary city as a vehicle for philosophical exploration of possible architectural and urban futures. It’s not a challenge; it’s an invitation – an invitation to explore ideas, inventions and innovations, both real and hypothetical. In this sense, Bionic City is more Dali-esque than Corbusier, for while asking some very specific questions, it’s not prescriptive in its answers, allowing for open-ended conversations and for changing circumstances, therein shifting perspectives and in turn realities.

There are several other ways in which Bionic City is more Dali-esque than Corbusien, of which its embracing of ‘soft and hairy’ architectural and design thinking and practice is just one. Another is its more emotive and instinctive approach to problem solving. Perhaps, above all, Bionic City is more surrealist than modernist because it’s not explicitly aspiring to displace the old with the new, and is instead an assemblage of old and new, of this and of that, of odds and sods that until now had not generally been juxtaposed together.

With Bionic City you seek to answer the question “how would nature design a city” but, how do you imagine the city of the future?

I imagine many cities of the future. The difference between these cities – the cities of the 21st and 22nd Century – and those of the recent past will be a distinct tendency towards heterogeneity, as opposed to homogeneity. If there’s one thing ecosystems do especially well it’s bespoke. Flora and fauna evolve, and in some species rapidly so, such that they are optimally adapted to the specifics of their locale. Consequently, life is able to inhabit some of the most hostile places on Earth, from the deepest of ocean depths to the highest of mountain peaks. Indeed, some of our planet’s most bio-diverse areas are some of its most geologically and meteorologically active. My research this past several years has led me to conclude we have an immense amount of insight and inspiration to gain from the world’s ecosystems and the many species they comprise.

However, biodesign is but one of many rapidly evolving and increasingly dynamic hybrid disciplines, the majority of which work in symbiosis – developments in one field enabling those in others. I think it without doubt that biomimetics, biotechnology and the wider biodesign research and practice disciplines will have a significant impact on the design and construction of tomorrow’s cities. However, together with the new, we are seeing the re-invention of the old, and not least in the arts and crafts sector, where a veritable Cambrian explosion of new concepts, methods and techniques are fast evolving.

When I picture these various future cities about the world, each is more, not less unique than their contemporary counterparts. Most are not new, but an assemblage of old and new, both brand new and re-assembled and re-configured. Whereas some foresee umpteen megacities, I think city populations will vary considerably about the world, as populations migrate, sometimes rapidly, in response to factors including extreme weather, resource shortages and conflict. In consequence, I think all future cities will need to have more elasticity in their architectures and infrastructures than those of today.

I think current and emerging developments in design and construction will help accommodate this shift, such that all future cities will be more fluid in their dynamics and operations. While the arts community has always played an important role in imagining our future cities, I think this role is especially important now and I really hope to see much wider engagement with the arts in and around the subject of future cities.

If you had the choice of being born in any period throughout history, which period would you chose?

If I had that choice of being born in any period throughout history it would be this one. Sizeable though the challenges we collectively face are, I nonetheless think that this is a truly extraordinary time to be alive. Current and fast-developing technologies enable us to see our world, and others, in such incredible, indeed spellbinding detail.

Today we can see and do things our ancestors could only dream of, and the mind boggles at that which our children, and theirs in turn, shall do and see.

Man-made noise. While I find natural sounds, including birdsong, rain and even thunder, conducive to creativity, anthropogenic noise, such as the sound of sirens, pneumatic drills, televisions, and even some conversations, can be irritating to the point of distraction. When in cities I generally avoid the noisiest places, and particularly at their noisiest times.

I choose to undertake most of my creative work away from the city, and particularly writing, visual arts and design. Peace and quiet enables me to think much more creatively, concisely and clearly, such that if presented with the choice of working in a throbbing creative agency in the middle of a bustling metropolis or in monastery in the absolute middle of nowhere I would choose the latter!

I couldn’t live without love, nature and sunshine. I’m happiest when my loved ones are near, the sights, sounds, sensations and smells of the natural world surround me, and I’m bathed in the sun’s warm rays.