MAURIZIO MONTALTI, a symbiotic partnership between humans and fungi 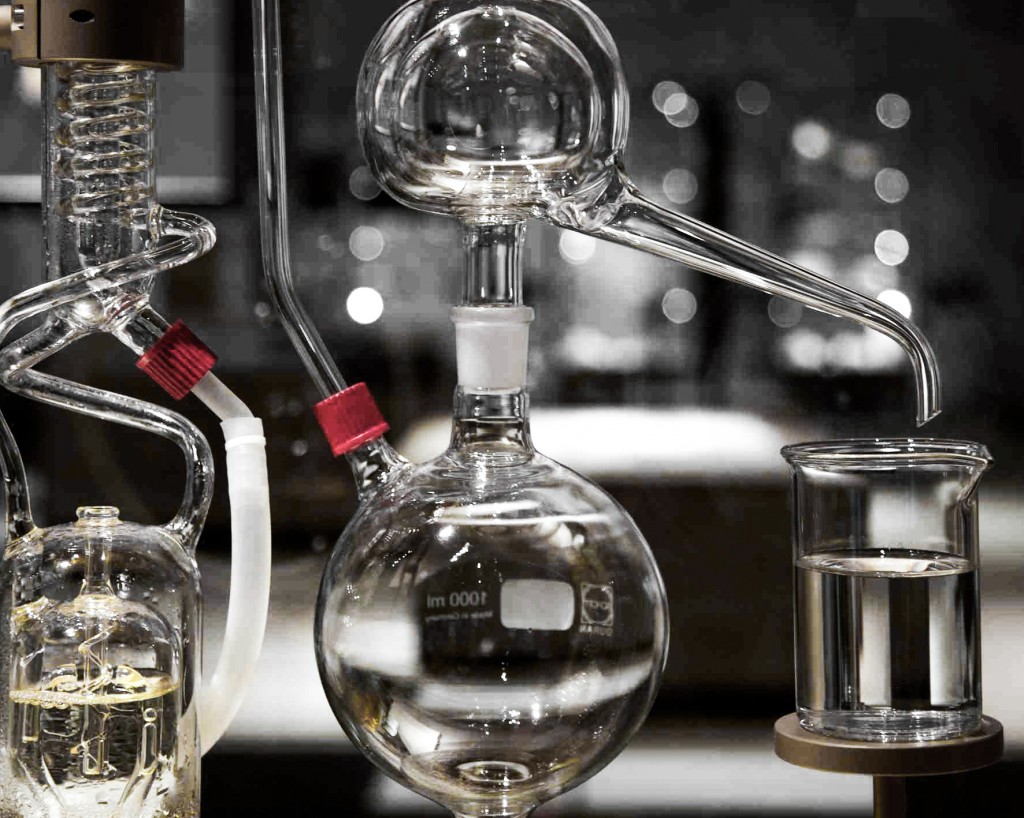 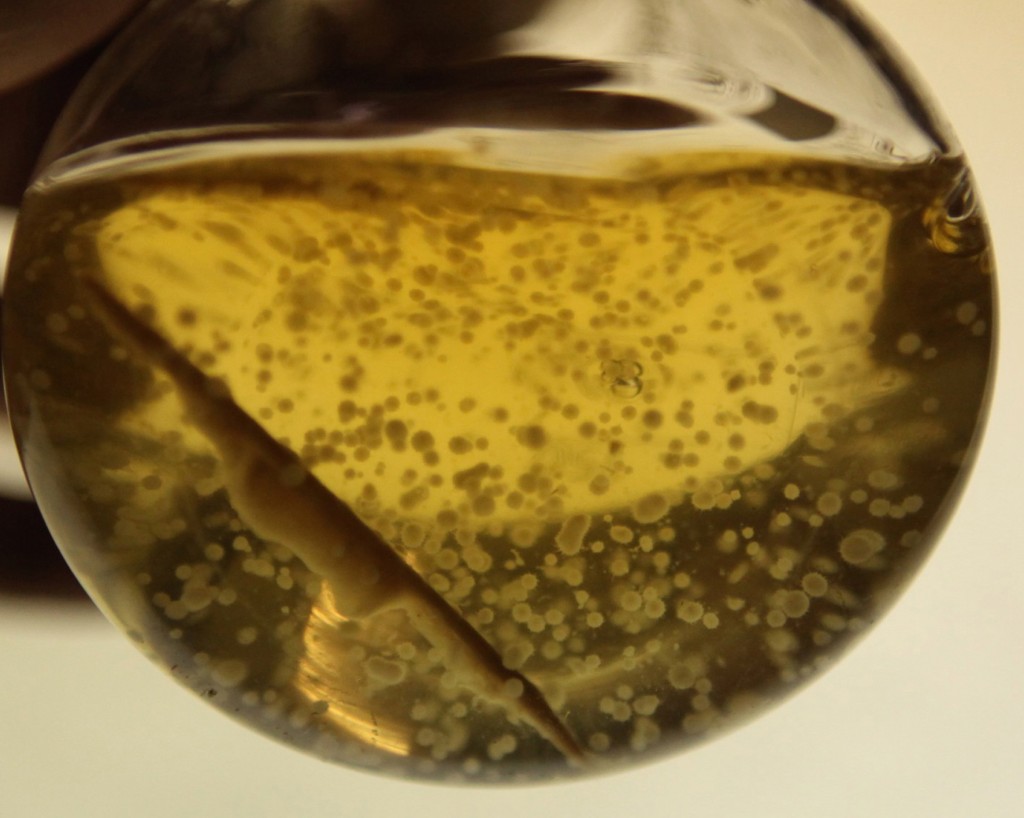 Maurizio Montalti is the founder of Officina Corpusculi, a creative and innovative laboratory focused on establishing relationships between science, art, society, nature, culture and industry.

Montalti is an engineer who became fascinated with microorganisms and fungal organisms during his graduation project. His work seeks to change the perception of these organisms: “they are considered as something mostly disgusting, repulsive, unattractive and even most of the time as dangerous. […] I wanted to re-evaluate the way people used to look at such fantastic forms of life”.

His project, Continuous Bodies, explores the symbiotic partnership between humans and fungi and analyses the cyclical nature of life. On one hand, nature itself contributes to the decomposition of tissues and on the other hand fungi feed themselves on both organic and inorganic tissues. With this, Montalti has collaborated with scientists at Utrecht University to create the “Mycelium Shroud” which is “a felt dress inoculate[d] with fungal organisms, which are responsible [for] the discomposing activities on organic tissues”. Following Continuous Bodies, Montalti’s latest project System Synthetics seeks to produce biofuel through the degradation process of inorganic tissues like plastic waste. This involves the unprecedented creation of a new organism from fungus and yeast.

With the design as a strategy and microorganisms as a tool, the Officina Corpuscoli aims to inspire a critique and analysis of social etiquette and culture through “questioning the reason why things happen, why things die [and] why things live.” Officina Corpuscoli has, among other places, been exhibited at Triennale Design Museum in Milan and Mediamatic in Amsterdam. 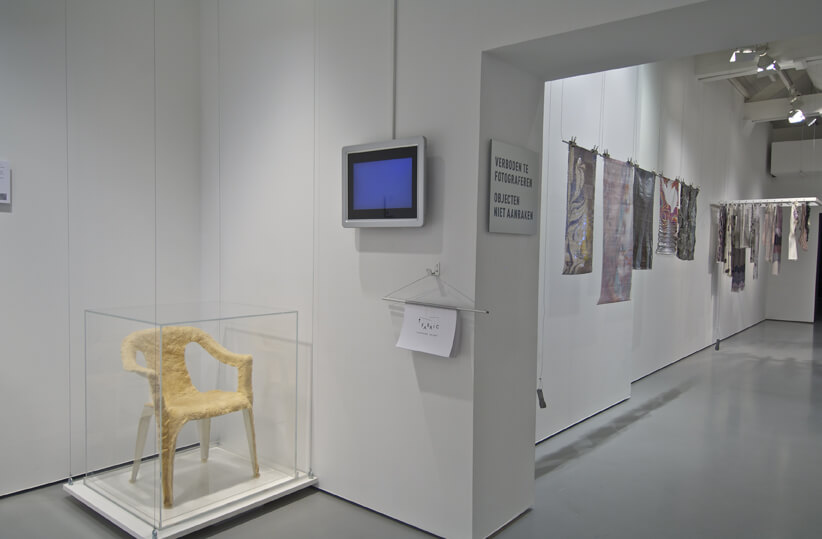 Your background is engineering so, when and how the fascination with the microorganism life come about?

I decided to graduate in engineering which I must say has been a very very good choice. It gave me the chance to have an extended background knowledge. After that I had the chance to enter the design world and then I got enrolled in the design academy and here comes in fact the passion and the fascination for biology, for microbiology and for certain organisms such as fungi. They are considered as something mostly disgusting, repulsive, unattractive and even most of the time as dangerous.

There is where I wanted actually to, first of all, reevaluate the way people used to look at such fantastic forms of life. The tasks they accomplish in nature are just impressive and essential also for our coming into being somehow. I had the chance to find the right people to work with, which also opened me the doors of the lab and let me be initiated to all the different practices that are used in microbiology and the studies of fungal organisms and their behavior.

I see myself in the second option, looking at the creative style and the mental capacity as a revolutionary process in which we are in fact trying to question to create critical thinking regarding a lot of assumptions and a lot of things that usually you are not induced to reflect upon.

It’s definitely what I’m trying to do with myself and of course with my work and the way I’m trying to communicate with the outside world. It’s the fact of creating a sort of revolution of mine where nothing is given but everything has to be decided by a sort of collective consciousness. Revolution is the way to progress and evolve.

You talk about questioning culture and common behaviour as your primary aims but, what was the first thing you questioned in your life?

I need to go back, back in the days. I think questioning the origins of things by being actually extremely fascinated by life processes to which me and my surroundings belong. Questioning the reason why things happen, why things die, why things live. It’s quite a vast question.

You talk about symbiotic relationship as the center of your work but, which kind: Commensalism, mutualism or parasitism?

It’s actually mutualism that’s what I’m mostly intending, where both the partners exploit each other in a beneficial way and they are needed to each other for survival.

When a problem is coming, do you break or follows the rules? Do you propose solutions no matter how crazy they may be or just propose practical solutions?

I am quite a rational person in the way I face problems. I always look for solutions but I don’t find myself as a problem solving guy, I always try and look for the positive side that can be found in problems, looking at problems as opportunities. The methodology that I prefer to follow is definitely the one of breaking the rules in order to find the solution because by following the rules I doubt you find unprecedented faults.

So do you find success where there was once failure?

I definitely do. I keep most of the time trying to keep this positive attitude, and I can find a lot of positive sides in failure. I think is rather essential to be capable of failing and accept failure in order to personally evolve to develop another layer of sensitivity or a new attitude.

As a creative and innovative mind you would have moments of creative desperation, how did you cope with it?

In the past I used to keep on working as hard as I could and I recognise it wasn’t the right way to proceed. I generally think its important also to continuously question yourself so it’s fundamental the fact of stepping back and looking at things quietly. It’s particularly important letting things a little on hold forgetting the pressure often coming from the outside world, and thinking about what it’s good for you first. The main reasons why you decide to develop your own self initiated work.

Inevitably there’s the necessity of creating the message that you would like a certain audience to listen to but, first of all, is a message that you want to listen to yourself, is a sort of conversation which then, gets spread to a larger public. So if you are not yourself capable of understanding your own language is very important to give it a break and arrange different strategies that can enable the peace of mind to come back, having certain distractions or following methodologies which help the mind become more peaceful.

This is very personal and I think everybody does it in a different way, some people call it meditation, some call it connexion with the energy that is all around us…So this is the way I try and cope with difficulties and failure and try and keep smiling and laughing at myself, that’s the best thing to do.

I couldn’t live without the sound at the beach with the sound of the sea.