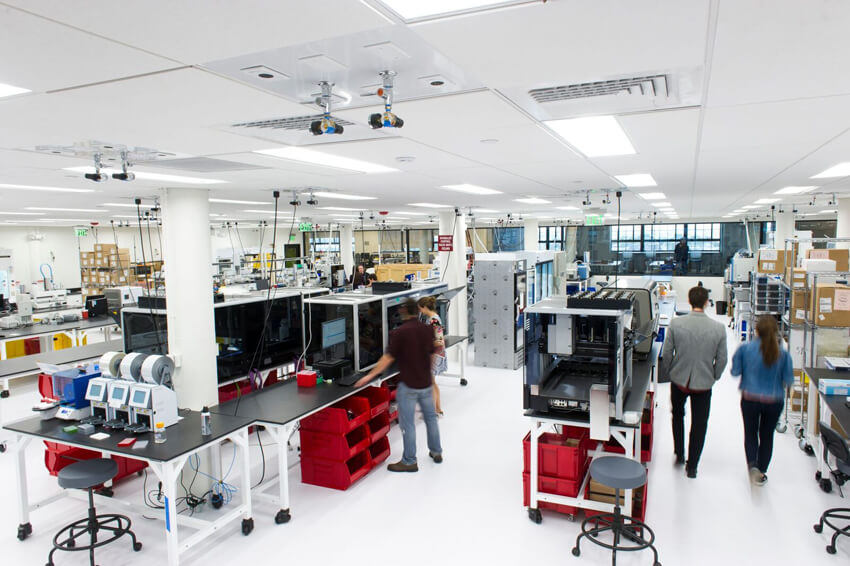 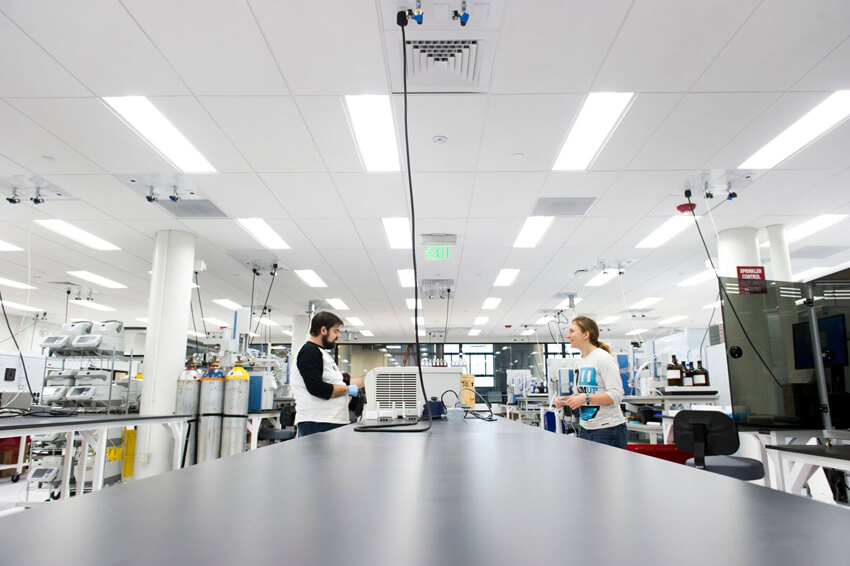 Synthetic biology is believed to be one of our best chances to address some of the global issues of an expanding world population such as fuel and food. For those not familiar with the field, synthetic biology combines biology and engineering to create new biological systems or rebuild natural existing ones, leading to useful innovations that may represent a new universal technological revolution in the near future.

Christina Agapakis is a synthetic biologist pursuing her interest in microbes and their future biotechnological applications. She is currently the creative director of Ginkgo Bioworks, a biotech company designing and engineering custom organisms as biological solutions. Christina started to get involved in Ginkgo when she was still a graduate student at Harvard, working on the production of biofuel and exploring the potential of bacteria as synthetic biological devices. It was this need of designing biology and her vision of the future of biotechnology that made her ideal for the fast-growing company.

Ginkgo’s speciality is enzyme engineering; its diverse applications ranging from a greater cheese to an improved pharmaceutical drug. But besides designing and building enzymes or combination of enzymes for varied applications, Ginkgo also develops the technology for scaling the production of these new organisms in a high-throughput manner — technology that will have a strong impact on processes like industrial fermentation.

An acclaimed company’s biowork is the rose essential oil made from engineered yeast, that is, by introducing the DNA sequences of the enzymes that produce certain aromatic compounds of the rose fragrance. By partnering with perfumers from Robertet, they hope to offer unique new versions of the scent by combining its constituent aromatic compounds in new ways.

Christina participated in a panel discussion at last year’s edition of BIOFABRICATE, the annual conference gathering of knowledge about materials made of living organisms. She addressed the role for design in biotechnology and the use of tools like DIY biology and science fiction for having conversations about the future of biotechnology. These conversations are very much needed to communicate better biological design. In fact, her role in the company bridges the gap between biotechnology and the public, translating the applications of novel biological technologies. Roles like hers are essential in interdisciplinary research nowadays: as biology becomes ever more powerful as a tool for human technological evolution, the collaboration between disciplines like genetic engineering, molecular biology and computer engineering will reshape the future of biotechnology to unimaginable extents. 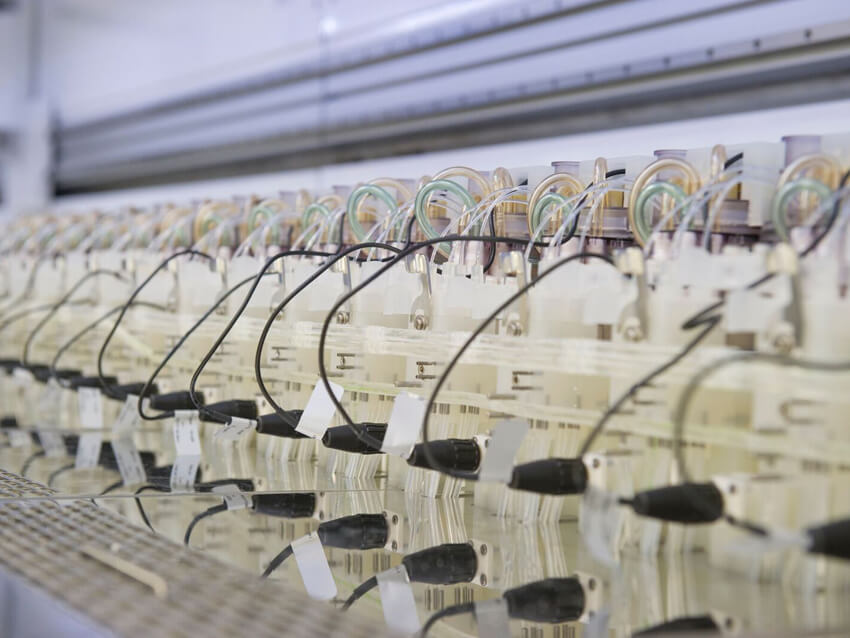 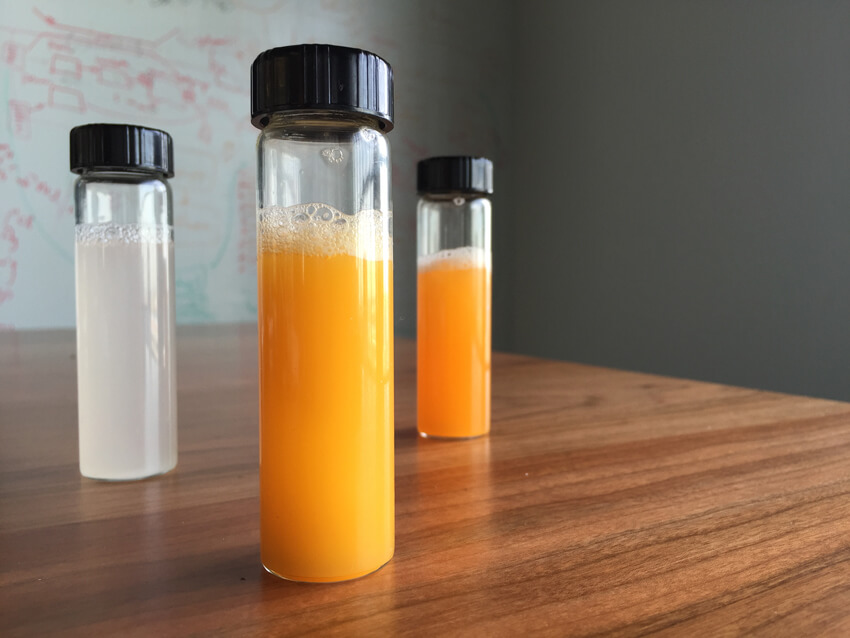 Gingko Bioworks is, in essence, a bioengineering company, what makes it different or special compared to other biotechnology companies? Could you tell us a bit more about it?

Ginkgo’s mission is to make biology easier to engineer. We aren’t focused on any particular application of biotechnology—pharmaceuticals, agriculture, cultured ingredients or industrial materials—but on building the core platform that will make it possible to design biology so we can work with living cells to grow better technologies.

We recognise not only the tremendous power of biology to do amazing things, but also the incredible challenge of learning to work with biology. Making biology easier to engineer has required us to build a rapid prototyper for biological designs. Our automated foundries enable our organism designers to test many designs in parallel—often thousands at once—and to iterate quickly and learn as much as possible from each design. Through automation and new software tools, the foundries bring economies of scale to biological engineering for the first time, so our designers can do more to push the boundaries of what is possible to achieve with biological design.

What were the biggest challenges you faced for the development of Gingko Biowork’s projects? What is the most challenging project so far?

There are difficult technical challenges we deal with every day in the foundries, but one of the most insidious challenges we face is fear. It’s not just fear of GMOs, although that can certainly limit the scope of conversations around biological engineering, but rather the fear that industry has of consumer fear and backlash. This fear-of-fear-itself is what the sociologist of science, Claire Marris has termed “synbio-phobia-phobia” [1] and I think it is a really useful concept for understanding how the field thoughts about consumer engagement and indeed the very future of this industry. Fear of consumer backlash leads to counterproductive secrecy, misguided PR campaigns aimed at allaying fears or defending science rather than forging connections, and at worst leads companies to halt or alter the course of technological development.

What is your role as creative director in a biotechnology company?

At the last SynBioBeta meeting in San Francisco, Suzanne Lee—Chief Creative Officer of Modern Meadow—and I had a fireside chat moderated by Dan Grushkin—founder of the Biodesign Challenge. During that conversation, Suzanne and I dove into this question of what it is that a creative team does at a biotechnology company. It was a really interesting conversation, because we realized that for both of us, the creative team is the interface between the technology and the wider world: How will a consumer interact with a biodesigned object? How do we communicate what is happening today and the future potential of biological design? How do we design something that is beautiful? In engineering you’ll often hear that a technology is value-neutral, but design is always deeply embedded within our values. To design something is to make a claim about what we think is good design, and to ask others whether they agree. That’s the role of designers and creative teams in biotechnology.

What direction do you see taking Ginkgo Bioworks into?

In the near term, we’re looking forward to construction of Bioworks3 and continuing to work with our customers to deliver products powered by biology. In the long term, we look to what biology can do and imagine if our technology could have the same power. Imagine if your iPhone screen could heal itself after a crack. Imagine if factories looked more like farms, where products could grow.

BIOFABRICATE is the annual summit for the emerging world of grown materials held in New York City in November. What impact do you think the conference is going to have on the future of materials?

This year’s biofabricate conference was a revelation. It was the first time where biodesign didn’t feel like something on the fringes of an academic discipline but rather at the heart of a new wave of technology. What was most inspiring was how sharp artistic and political critique was integrated alongside product launches from international brands, ensuring that the future of biodesign will maintain the values that animated the field from the start, questioning how the technology is imagined, how the stories are told and how the technology is deployed.

What biotechnical invention do you think will have more social acceptance or impact in real life in a not-too-distant future?

The Biofabricate conference showed the intersection of biology and design having a tremendous impact in the field of materials. New textiles like spider silk produced via fermentation of genetically engineered microbes are being adopted by brands like Adidas, Patagonia, Lexus and North Face. In the next year, people outside the lab are going to be able to hold and interact with the products of next-generation biotechnology in this incredibly tangible way. That tangibility will bring the conversation about genetic engineering out of the realm of the molecular and give it a reality that will be difficult to ignore. Genetic engineering is having an impact that you’ll be able to touch, see, smell and taste.

(This interview was answered by Christina Agapakis, Creative Director at Ginkgo Bioworks)

(All photos courtesy of Ginkgo Bioworks) 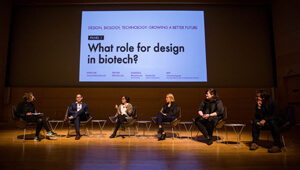