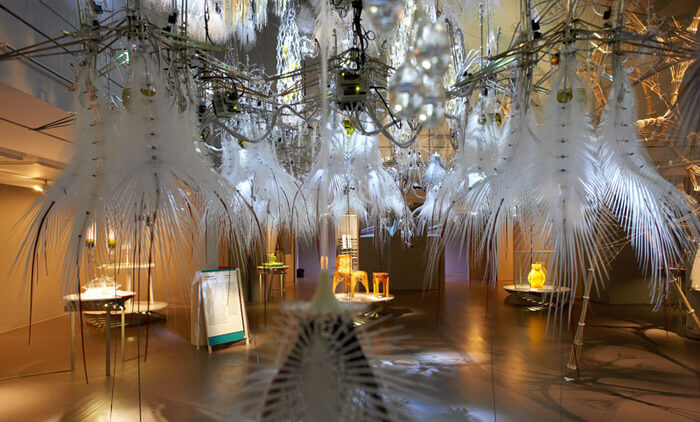 Carole Collet has been fascinated with synthetic biology since she had the privilege to work with Sir John Sulston in 2007. Researcher, designer, and curator of the exhibition ‘Alive: New Design Frontiers’ at the EDF Foundation in Paris, Carole Collet is currently working in projects that image how reality might be in 2050. Collet, professor in Design for Sustainable Futures and Director Design & Living Systems Lab at Central Saint Martins in London, draws a future scenario in which an overpopulated planet cannot cope with their needs for food and clothing.

Taking this as a starting point and exploring the intersection of biomimicry, living technologies, and biomanufacturing Carole Collet has merged synthetic biology and design to develop the hypothesis and conceptual frame of her cutting-edge speculative design project BioLace. On one hand, synthetic biology is changing the way we see and interact with the world around us, it presents future scenarios in which other realities could be possible. On the other one, genetic engineering, using nature as a model to follow, brings to light the potential of emerging living technologies such as synthetic biology to help us build a high-tech sustainable future that respect the planet. So, what if plants could be used not only for food production?

Carole Collet answers this question by imaging synthetic and programmable future scenarios in which the planet has limited resources and plants, genetically engineered, face not only the needs of food but textile production also. Her project BioLace proposes four genetically engineered plants: tomato, basil, strawberry and spinach plant which DNA have been adapted (according to epigenetic and morphogenetic laws) to produce food from their aerial parts and lace-fabrics from their roots.

Through her groundbreaking and pioneering work, Prof. Carole Collet generates debate and discussion. She makes us think about a new approach to biotechnology and genetic engineering in which the design of biology is the most powerful tool that we have to create a sustainable future scenario in harmony with the biology’s diversity and nature. 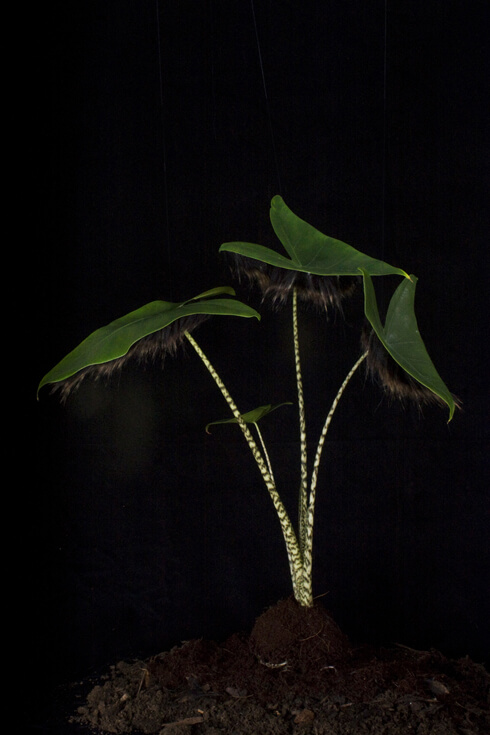 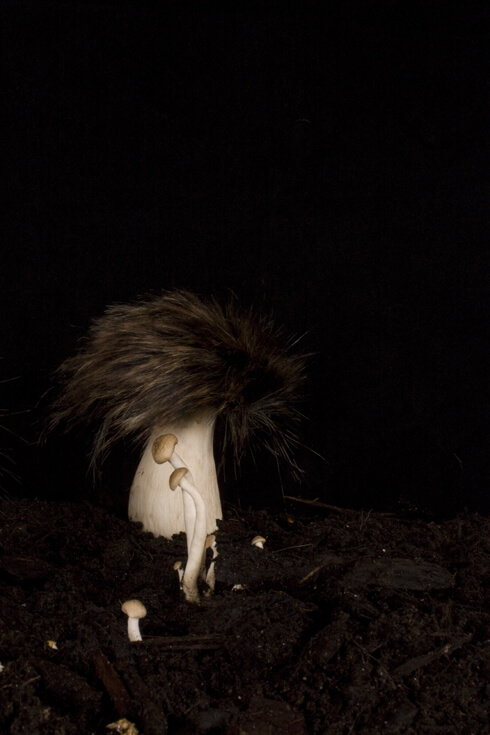 Your work is at the forefront of exploring Living Technology, Synthetic Biology and Biomimicry collaboration. When and how did the fascination with them come about?

I was extremely privileged to work with the Medical Research Council on a project called Nobel Textiles in 2007. The project paired up a Nobel laureate with a design researcher at Central Saint Martins, and I was matched with Sir John Sulston. John has an impressive ability to explain very complex biological processes in a very inspiring and accessible way.

Through a series of very inspirational conversations with him, I began to understand the process of life, and how nature ‘creates’. This was a life changing experience for me. I have always thought that ecological thinking should be at the core of the design process, but back in 2007, sustainability was very much perceived to be an option, not a requisite. John made me realise the potential for biology to answer some of the big questions in relation to sustainable design. Since then, it seems all I want to do is read biology. I set up the Design & Living Systems Lab at Central Saint Martins to actively research how the intersection of biology and design can lead to a more sustainable future.

Is Synthetic Biology blurring the boundaries between creative expressions and scientific experiments to make them more accessible for the public or it is challenging what society understand about them?

I think it began with designers invading the synthetic biology space as a means to understand, expose, question and showcase its potential. But now, biologists and biotech companies are beginning to understand how collaborating with a designer at the onset of a project can inform the scientific experiment.

Researcher, designer and curator, but what would it be your biggest curating extravaganza?

That’s a secret (work in progress).

Biolace is a project which illustrates the potential of synthetic biology for the future and aims to inspire scientists and influence their research. What directions do you imagine taking your work in?

I did not actually aim at inspiring scientists when I designed Biolace. When I started working on the project synthetic biology was still a theoretical idea. I was reading very technical scientific papers and I really wanted to speculate on how this technology could impact the textile industry in the far future. But at the time, nobody really even knew about SB and I felt I needed to materialise a biological possibility to be able to discuss it and to understand it better. The success of Biolace took me by surprise. What is interesting is that at the time SB was focusing on developing new organisms for energy or medicine, the idea of materials was further along on the roadmap and there was no funding to research SB for textiles. Yet 3 years later, we have biotech companies such as Bolt Threads and Modern Meadows promising the commercializing of synbio silk and leather…This is a very fast development of what was only an emergent scientific field a few years ago. So watch this space.

Whereas for future directions, I am working on several new projects, not in the public realm yet..they involve more work with SB, but am also developing new processes to grow mycelium skins as well as to explore horticultural techniques to grow products. In short, I am exploring a range of sustainable design and craft processes that are born from the collaboration with living systems, some require very low-tech and ancestral knowledge, others need high-tech input.

And I am getting very excited about quantum biology…

If you had the choice of being born in any period throughout the history, which period would you chose?

Gaia. We only have one, let’s pamper it a little more.

(All photos courtesy of the artist. Copyright Carole Collet)