Redefining Failure in a Technologically Aided Era, by Jung In Jung

Herbert Marcuse wrote that the “technological rationalisation” of society and culture rejects ideals and sublimation. However, art is “rather irrational and not subjected to scientific, technological, and operational reason. [1]” Artists, especially those who use digital technology to create their artworks, stand between these antagonistic ideas. The exhibition Artificial Retirement, held as Flux Factory’s major exhibition in New York in 2016, addressed the question: What is “failure” in this technologically aided era? The main keywords of the exhibition were “failure, imperfection, and destruction.” The aim was to show the presence of imperfect moments, errors, and paradoxes of human–technology relationships that were captured by artists and became an inspiration for their artworks.

Niki Passath is an artist who creates drawing robots with intentionally implanted “errors.” They leave traces of paint by moving imprecisely and unexpectedly pausing from time to time. Such movements make the robots more lifelike, as though they were autonomous. Before the exhibition, Passath held the workshop Thinking Like a Machine at Flux Factory to teach introductory robotics. The most interesting part of this workshop was its overall flow. First, the human participants entered and learnt how to assemble robots. While the participants were working as in a factory production line, Passath’s drawing robots were exhibited on gallery pedestals on the other side of the room. Later, during the opening reception, the robots drew on canvas as the main act surrounded by human audience members. This bizarre relationship between humans and machines recalls the phenomenon of industrialisation in which humans became managers of machines. Also, Passath’s insight reflects 21st-century technological aspects: machines also take over “noble” human jobs such as producing artworks.

Passath performed The Entertaining Aspect of Destruction at Artificial Retirement using a remote-controlled toy car which had been converted to carry a paint container that traced its path. He drove it against a wall on a white canvas, and with this act the car gradually destroyed itself. The remote control was passed around the audience to let them participate in the process of “destruction,” as if giving control of the machine back to human hands. However, Passath’s intention is not to provoke morality or ethical issues towards technology at all. He reminded that the “destruction” indicates that the job has been done “correctly” by remaining his objective view.

The more machines mimic human senses; we become more attached to them. There is hype around AI with the fever of Big Data, cognitive science, and machine learning, on which our everyday smartphones are based. Rebecca Lieberman exhibited her work Mnemograph: a cognitive machine that perfectly recreates the myth of an intelligent algorithm. Mnemograph provides a space where a participant can write one’s memories. You can find prepared papers which request participants to write about a specific memory related to the prompt at the top of the paper. When the participant inserts the memory into Mnemograph, it returns someone else’s memory similar to the one just submitted. Audience members who tried the machine wondered how the machine cleverly selected and provided someone else’s memories that were similar to theirs.

For this project, Lieberman collected hundreds of personal memories over a couple of months. She found that although “each of them has its specificity, distinguishing details, a sense of time and place its particular way of using language,” many of them “are eerily similar.” Nevertheless, she tried to pick up keywords and ran sentiment analysis, deciding to simplify her machine; the truth is that Mnemograph only recognises the prompt at the top of the paper and provides random memories from its database which have the same prompt. This might disappoint the believer in the magic of intelligent algorithms. Lieberman made this decision because in the end “the person rather than the machine is the one who makes connections between two memories.” Lieberman concluded her idea as “To me, this reveals something fundamental about how we are wired. We make mental leaps; we fill in gaps, we connect the dots.”

Lieberman realised that memories are malleable and unreliable. Also, they are susceptible to change every time new information is received. The psychologist Robert Epstein points out that the idea that humans think like computers is only a metaphor without a proven theory [2]. Stanley D. Beck explains that the most profound, and the greatest, assumption in science is straightforward: “nature – the world in which we live – is understandable. [3]” Without this assumption, any scientific progress could not have been made. Beck insists that misbelief in unproven theories prevents scientific progress; to clarify not science itself but our ability to “understand nature.” Won’t the belief that “humans think like computers” halt progression as well? Not technological progression but our understanding of our species – “humans.”

Automation is another issue with the intelligent technology. Sam Lavigne’s work reflects algorithmic controls in the 21st century’s workplace. Slow Hot Computer is a web browser service that downloads images over and over while measuring the graphics card’s frame rate. It would overrun the memory and energy of the computer until it became almost unusable. The idea behind of his artwork is to sabotage the workplace. “Employers increasingly outsource their labour needs to exploited workers, to automated systems and algorithms,” said Lavigne. He gave as an example the way in which employers measure their employees’ productivity with outsourced services to prevent “time theft.” 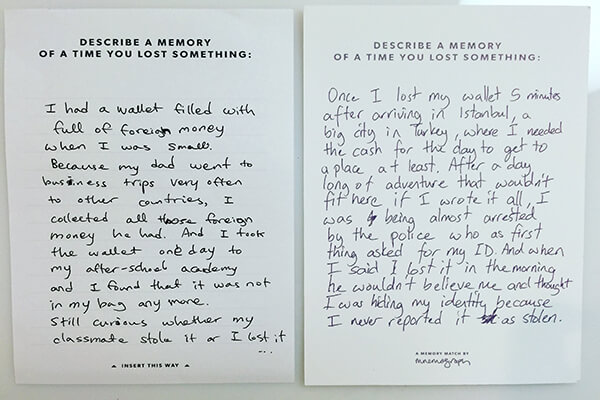 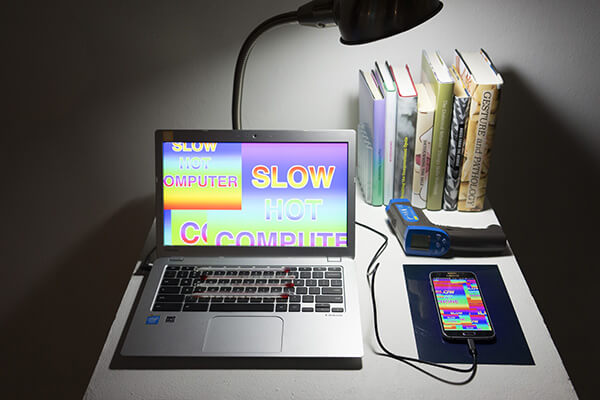 Human Capital Management services help companies track their employees’ working hours by biometric and mobile phone time clocks that track employees’ fingerprints and location information. Lavigne addressed the question of “how do you smash the factory when the factory is a thing which you keep in your pocket?” The tendency to outsource automated systems causes nobody to be responsible for a given consequence [4]. Outsourcing itself is one of the late capitalist phenomena that hollow the centre and turn blame onto individuals [5]. The phenomenon is now even more accelerated with the automated systems which run in our everyday smartphones. Therefore, Lavigne suggests that employees should also “outsource and automate resistance” in return.

Lavigne is against “the prevalent attitude in Silicon Valley called ‘solutionism’ – the idea that social and economic problems can and should be solved with technology.” Who decides that something is wrong and something has to be solved? In an interview with The Economist 1843, Tristan Harris, a former design ethicist at Google, states that “whoever controls the menu controls the choices. [6]” Marshall McLuhan, optimistically, concludes the last chapter of his book Understanding Media (1964) by insisting that electric technology “creates patterns of decentralism and diversity” so that “panic about automation, as a threat of uniformity on a world scale, is the projection into the future of mechanical standardization and specialism, which is now past. [7]” However, this conclusion is now out-dated and neglects his famous statement – “The Medium is the Message.” The urge to be connected to the internet is greater than ever and is turning into a new form of control.

The artist Amelia Marzec also shared her experience working in design and technology at media companies. “People trust your brand, for whatever reason, and will mistrust anything else!” said Marzec. “I think learning to build technology is the only way to build something personalised, and in general we need to re-think what we need.” Marzec’s work Weather Center for the Apocalypse is a DIY weather station made of garbage and some parts from salvage shops. The centre forecasts both actual weather data as well as superstitions, anxieties, and fears about the apocalypse. It transmits the sound of the environment where the Weather Tower is located, and lets participants share their own stories. The project aims to provide “an alternative to the media-driven forecasts we are bombarded with by asking the community to participate.”

In 2009, Marzec lost hearing in one of her ears overnight. Soon after she found out, she had a brain tumour, and none of her disasters such as illness, death, breakups, or career failures could be predicted from the major media. “For a long time, I felt imperfect,” said Marzec, “but, having a sense of my mortality made me re-think how I had been spending my time.” First, she started using street wood and any parts of unwanted consumer electronics to building something. Marzec said, “it was a desperate and overwhelming activity to create new devices totally out of trash.” 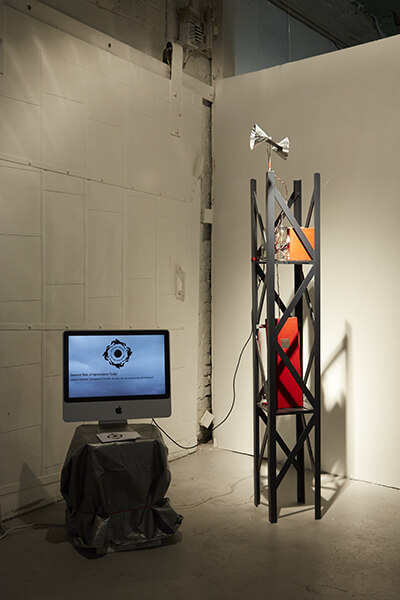 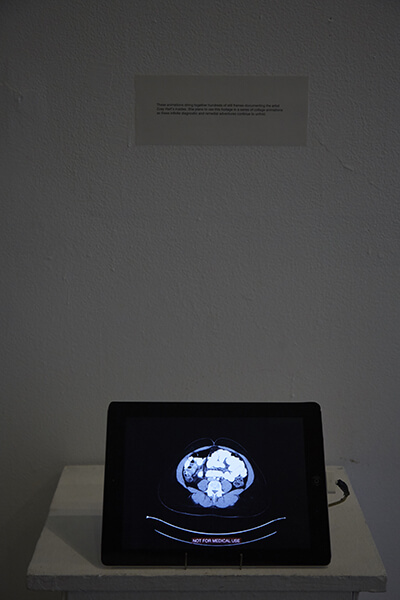 One human desire seems to be to turn ourselves immortal with the support of technology. The main character Vashti in the science fiction novel The Machine Stops (1909) says “I am not well” during a conversation with her son. As soon as she finishes the sentence “an enormous apparatus fell onto her out of the ceiling, a thermometer was automatically laid upon her heart. She lay powerless. Cool Pads soothed her forehead. [8]” In 1960 the Paris weekly L’Express predicted that disease would have been eliminated by the year 2000 [9]. In 2016 at a conference, Eric Schmidt, the Executive Chairman of Alphabet, predicted that the coming decade would see cures for diseases such as cancer come about through monitoring our health with our smartphones as a result of Alphabet’s project in Google X labs [10].

Nonetheless, the utopian future hasn’t arrived yet; the artist Zoey Hart suffers from a chronic illness for which there is no diagnosis. “I am one of those autoimmune anomalies that have symptoms of many conditions, cousin to Lupus and a next-door neighbour to Lyme Disease,” says Hart. Her mysterious inflammation through different systems has made imaging tests necessary, and her life has involved the constant intervention of technology such as sonograms and CT scans. Hart sees her autoimmunity, on the other hand, with its plasticity and adaptability, as inherently creative. In Honor of Imperfection represents the link between imperfection and malfunction rooted in her body as well as the physical urban environment in which she is based – Brooklyn. Hart uses her body scan images to create mixed media collage and textile-based works that incorporate artefacts of urban decay such as rust, chipping paint, and broken bricks. “Disintegrating the image of a sliced brain in a pool of rust is both procedurally and visually troubling – but on the other side of that discomfort there can be a certain serenity in the acceptance of imperfection.”

Through this exhibition, Artificial Retirement wanted to encounter more genuine errors that artists are concerned with and practice in their artistic creation. The errors and imperfections the artists were tackling day to day came not only from technology but also from society and their physical bodies. McLuhan writes that the role of artists is to acknowledge the nature of the present and that knowledge is needed for human survival in the face of the violence of new technology [11]. I don’t want to deify artists as being able to prophecy the future. Their contemplations may not be effective or may be criticised for their impracticality. However, one obvious fact is that the desire for creativeness came from errors and imperfections, and the artists made complete makeovers.

Words by  Jung In Jung 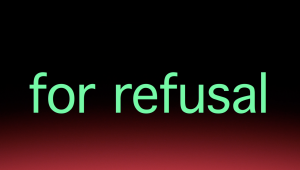