TARIK BARRI, a journey of sound and light 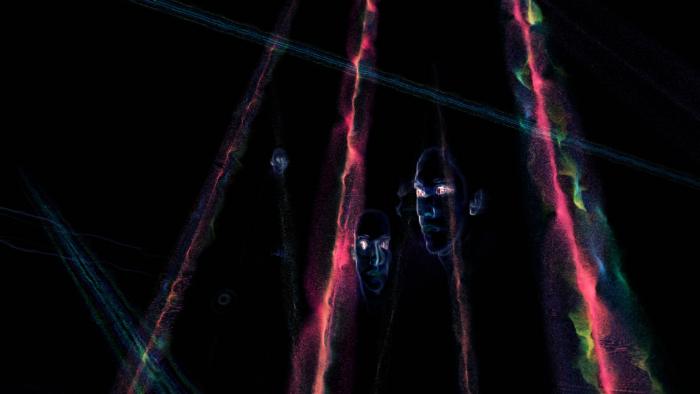 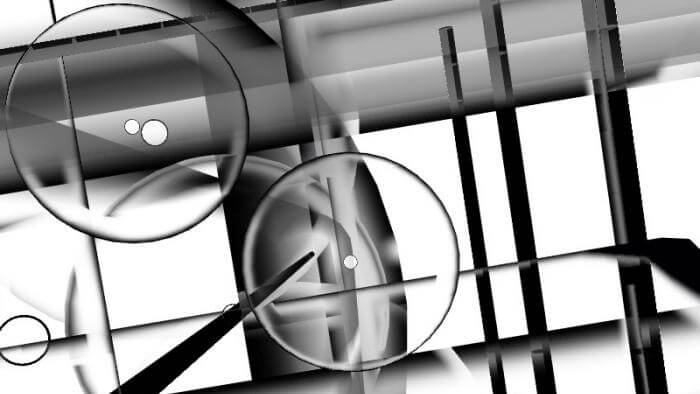 Since he was a kid, programmer and audiovisual artist Tarik Barri knew what he loved: telling computers what to do. Barely aware that programming was going to firmly shape his career, he started by creating basic code to generate sounds and visuals. Leaving his studies in Psychology, Barri embarked upon a degree in Music and Technology. He then began to use his coding skills to make music and visuals that would fit the tunes, exploring ways to connect the senses of hearing and seeing.

An impressive integration of all these skills is his latest and ongoing project, a software called Versum, which serves as an innovative tool to create and perform 3D audiovisual compositions. In Versum, a camera moves through space and past objects that can be both seen and heard. A three-dimensional virtual world is created, where the recordings are transformed into melodies and compositional arrangements. By traveling in the space, the audience can watch and listen to the universe he is building in real time.

Barri used this software to create Versum AV, a 3D piece that he presented at this year’s edition of Sónar by Day, in collaboration with sound artist and photographer Lea Fabrikant. Her sounds and images are processed by Versum, adding a human element to the performance. The engine can also be used to purely create visuals, opening new channels for collaboration with other artists such as Thom Yorke, Nicolas Jaar, Monolake and Paul Jebanasam, among others. The teamwork helps these producers and musicians further develop their work, resulting in more complex, technologically innovative performances.

In his latest project, a collaboration with Persian composer and sound artist Ata Ebtekar, aka Sote, specially commissioned by CTM festival for its 2017 edition, traditional Persian acoustic instruments are merged with electronic structures. This experimental assembly, Sacred Horror in Design, is an artistic fusion that might give rise to a new form of culture.

Barri’s pieces point to a powerful, apocalyptic aesthetic, the fruit of his programming skills, logical thinking and emotions. As many think of him as a master of audiovisual performance, we think everyone should experience his work at least once in their life.

Your work is focused on the interaction of sound, visuals, and programming, for those that are not familiar with your work, could you tell us a little bit about the intellectual process behind?

Well, a lot of my work just starts with me playing with the possibilities of my medium, which is computer code with which I create images and sound. You could compare it to a kid playing with Lego, just stacking them on top of each other and learning about the possible architectures that can be created. But I create my own Lego blocks out of code. With them, I try out little ideas that I think are interesting. Those ideas are mostly rules that define the behavior of my virtual sound-and-visual-producing universe. As I put such ideas together in different ways, I develop an emotional relationship with the material. Whatever that emotion is – it can be a lighthearted colourful joy or a fear of the infinite – I then just go with that and let it grow.

At this year’s edition of Sónar+D you presented your recent work, a 3D format piece created using your software “Versum” in which sound-artist and photographer Lea Fabrikant recorded her live audiovisual input into Versum. What were the biggest challenges you faced in its development?

The part of the performance with Lea Fabrikant is a very interesting and exciting one for me because it’s the first time that somebody else has entered into “my” audiovisual world and had such a direct, fundamental influence on the results. This also is the biggest challenge. Lea and I come from very different backgrounds, and whereas I’m very detail oriented in a logical, computer-programmer kind of way, she looks at things on a bigger scale. It’s been very enlightening for both of us to learn how to communicate this abstract virtual world and its possibilities. As we’re getting more tuned to each other and this project, we see more and more how really interesting and surprising results appear in which a symbiosis of both our personalities is strongly present.

You have collaborated with Radiohead, Atoms For Peace, Nicolas Jaar and Monolake, among others. What directions do you see taking your work into?

For now, I’m mostly focused on my solo work, the work with Lea Fabrikant, and a new AV project with Sote, Arash Bolouri. and Behrouz Pashaei. That’s plenty for now!

Considering VR and AI were central topics in Sonar+D; how do you think they are affecting or will affect our perception of reality?

I must say I’m not an avid user of these technologies, so I don’t think my opinion here is the most informed one. But aside from of course amazing creative possibilities that these technologies create, I do wonder how much further they will enable us to dive into our own bubbles. These technologies take over ever more of our sensory input and are ever more capable of surrounding us with alternative realities, filled with alternative facts, which will help isolate us even more from each other. As we’ve become more and more able to shape and curate our own realities, our realities have tended to drift further and further apart from each other. There needs to be a counter-force that forces us to converge on truths and facts that connect us all… and that’s a big challenge.

There are two chief enemies: One is having no idea what I want to create because of all the thousands of options that a programmer has. You can create an infinite amount of things, and this extreme amount of freedom can make you totally unsure where to even start, which decision is the right one to make. The other one is being trapped by too clear a vision of I’d want to create. I very much need to have SOME uncertainty, some aspect of not knowing what I want or how to get there. Precisely that keeps me open to accept and include the amazing surprises that can happen along the way to creating new work.

Air, water, food, love. Not trying to be corny, but if for instance I’d lose my ability to do this work it would be devastating, but given time I’d get over it and continue living. Without air, water, food or love, there wouldn’t be much of a point of going on.