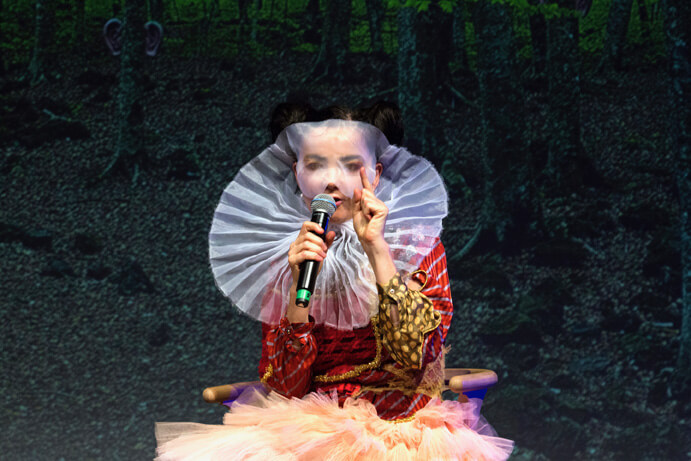 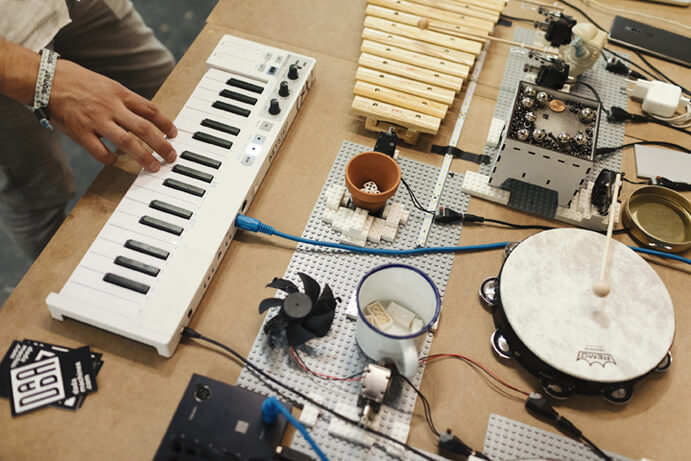 Sónar’s 24th edition has, for another year, closed with great success. In terms of numbers at least, with 123,000 attendees – the highest in the festival’s history. Sónar+D, its parallel conference and professional congress, showcased participants from 57 countries, over 400 speakers and 2,000+ companies from the creative and technological sector. Sónar+D aims to fuse technological research, design, art, industry and business with a strong focus on future trends.

Innovative performances, installations, talks, workshops, networking sessions and an exhibition area for prototypes with a dedicated zone for startups all featured in Sonar+D, which started a day earlier than in previous years for Sonar+D delegates and participants. Creators, technologists, research centers and entrepreneurs shared their ideas and encouraged debate through workshops and networking spaces.

This year there was a strong showing of women working in the tech and creative sectors with pioneers such as Suzanne Ciani and Björk, who gave the inaugural talk followed by a 4-hour Dj set on Wednesday evening. Technology used as a catalyst for expression and creativity was a major theme. Jessica Brillhart, Alba G. Corral, Carla Diana, Ayah Bdeir, Freda Murray and Nadya Peek all spoke about the importance of technology for their creative processes and communication. These were not ‘techy’ talks. In On Worlds and Visitors Jessica Brillhart, the Principal Virtual Reality Filmmaker at Google explained how she tells stories, with the help of engineers. Brillhart, who also presented Deep Dream VR, a collaboration piece with Doug Fritz, Ross Goodwin and Douglas Eck, went on to explaine how VR is a language for storytelling. Product designer and design futurist Carla Diana in How Our Robots Will Charm Us (And Why We Want Them To) described how an object comes to ‘life’ with electronics. Ayah Bdeir is an engineer, interaction artist and an entrepreneur from Beirut and also the founder and CEO of littleBits – a kit of open source electronic modules to build complex systems-, used by schools to teach electronics. In her keynote, Coding + Creativity, she demonstrated how electronics communicate and how coding is used by schools to teach future inventors.

Google’s Artists and Machine Intelligence program (AMI) lead by Kenric McDowell brings artists and engineers together for Artificial Intelligence projects. AMI supports and encourages collaboration between artists, engineers, and intelligent systems in artmaking. Kenric has worked at the intersection of culture and technology for the past twenty years. At the Google AI Showcase: How machine learning and artificial intelligence are changing the art of the future keynote, McDowell, with Freya Murray (Google Arts & CultureLab) and Google’s Magenta founder Douglas Eck explored how artificial Intelligence and “Machine Learning” are already having an impact on the economy, transforming industry and the way we work, as well as influencing the work of creators and artists. Another highlight was the Creative Technologies Café in which digital artists Tarik Barri and Alba G. Corral, and the creative studios NONOTAK and Playmodes discussed the inner process of their artistic creation. 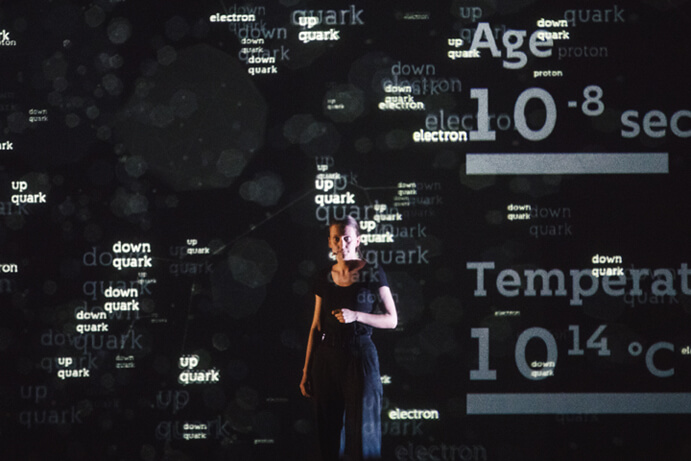 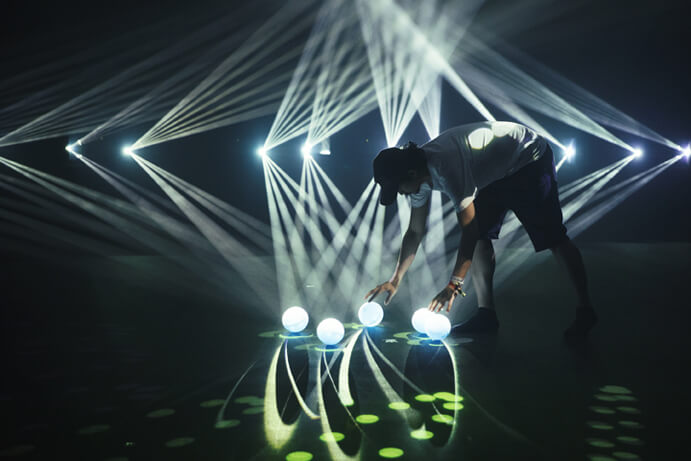 Two of the permanent activities, – StartUp Garden by MIGRATION – the area for Startups from the Creative Industries-, and the Sónar Innovation Challenge, represented a notable increase in the quality and specialization of the work. This year’s winning startups were Mimi Hearing Technologies (GR), a music education software; the Internet of Things applied to Protopixel (BCN) lighting projects and Melodics (NZ). MarketLab was pitched as a ‘laboratory of ideas’ where you can, for example, print your guitar with EntresD or invent and build music machines using the real world as an instrument with Dadamachines, a MIDI controller. Other favourites were My Artificial Muse, the first mural fresco painting designed by a neural network (an installation by Albert Barqué-Duran aided by Mario Klingemann neural network); the Sonomap (by Barcelona Supercomputing Center), the first immersive multichannel data experience mapping the noise levels of the city of Barcelona and The School For Poetic Computation’s “Re-coded”, an artwork that aimed to show us ‘the soul of the pieces that started the computational art movement’.

Phosphere, an installation by Daito Manabe, was another of the top picks. In this, a robotic hybrid architecture combined smoke machines, synchronized mirrors, projectors and beams of light. More scientifically – but equally fascinating-, was Entropy, a physics audiovisual lecture about the origin and end of the Universe created by the astronomer and cosmologist Dr. Dida Markovic with music from Dopplereffekt and visuals by Antivj.

Then there was Sonar360º, a  full dome space where the audience is completely immersed in 360º image and sound. Curated by Montreal’s Society for Arts and Technology (SAT), it screened powerful audiovisual sets, like the ones we caught – Morphogenesis, by Can Buyukberber and Yagmur Uyanik or NONOTAK Studio’s –  a duo formed by French illustrator Noemi Schipfer and Japanese architect and musician Takami Nakamoto-  Versus.

Perceptions of reality (or even reality itself) is being challenged by technological advancements, like VR, at a very fast pace. At Realities+D audiences were able to consider this for themselves by interacting with some of the most innovative VR experiences. One of the biggest challenges for a VR “exhibition” setup is its format and at the first approach, it didn’t look very straightforward. However, in the end, it all seemed to work smoothly. There were different types of VR experiences to experiment with, some of them cinematographic – the idea of the viewer as an observer (albeit an immersed observer); others were more interactive, either in the style of a video game or educational. 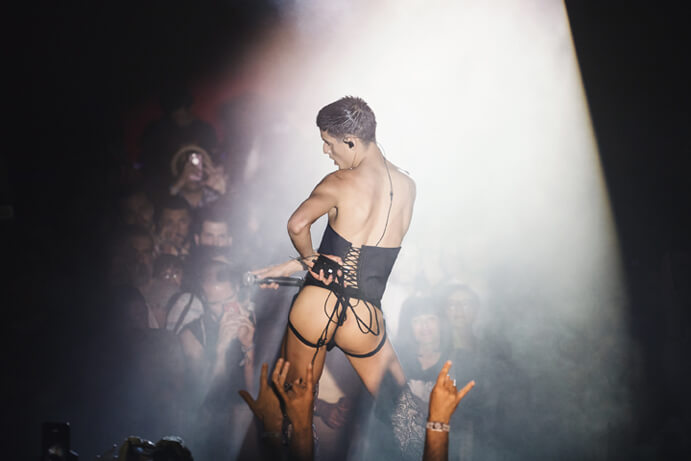 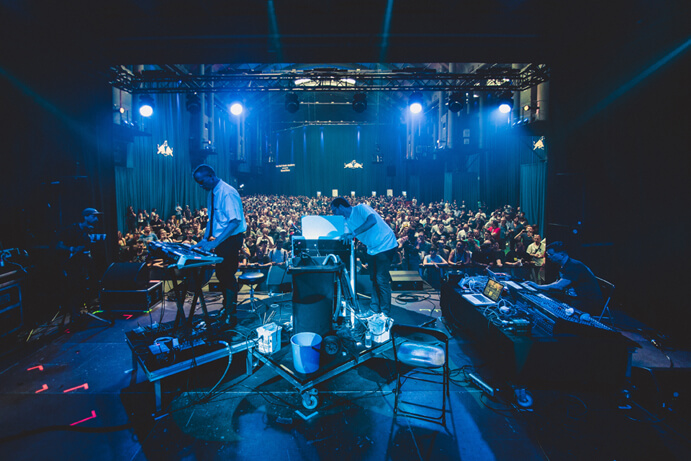 One of our favourites was Memo Atken’s Fight, a spatial perception alteration based on providing both eyes with radically different images which trigger “binocular rivalry”. Home, the piece presented by Solomon Roger’s REWIND and produced in collaboration with BBC Science, BBC Learning, and BBC Digital Storytelling is a 15-minute experience taking the viewer into a spacewalk. This makes you feel what it’s like to be an astronaut floating 250 miles above earth with beautiful images of the planet Earth and space. Apex by Arjan Van Meerten, was another filmic immersive experience where you find yourself standing still on a rooftop waiting for a coming apocalypse. Gabo Arora, Creative Director & Senior Advisor at the United Nations and Founder & President of LightShed, a virtual reality and social impact start-up, presented two experiences reflecting social/societal concern: Ground beneath her follows the life of a girl in Nepal, survivor of a devastating Earthquake while My mother’s wing takes us to coping with loss after a bombing attack in Gaza. We had high expectations for DeepDream by Jessica Brillhart, especially after attending the Google AI showcase talks, it was a well-executed piece taking us into the depths of AI based image recognition. Life of Us, from Chris Milk and Aaron Koblin, brought us into a cheeky cartoonish trip through the history of evolution, from amoeba to a robot.

From the audiovisual shows that were also part of the general Sónar programme, electronic music producer and songwriter Arca and audiovisual artist Jesse Kanda transported us into an exploration on electronic music, sexuality, pain and the body. The “dalí-esque” visuals of Jesse Kanda were a perfect complement to a vibrant and emotive show. Tarik Barri presented his latest solo project – a 3D format piece created using his own software called “Versum”  featuring vocal work by sound artist and photographer Lea Fabrikant. NONOTAK Studio demonstrated their mastering of light and sound to trick us into their imagined architectures. On Saturday afternoon Matmos, the American experimental electronic duo composed of Drew Daniel and M.C. Schmidt, brought their latest album Ultimate Care II – which was based on sounds recorded from a washing machine – show to the Sónar shores. As always, a delight to see them on stage, this time accompanied by a perfectly in-tune washing machine, which started quiet and ended up in a magnificent crescendo. All these shows, in a way or another, made us think about our altered perception of reality.

In the late afternoons and evening during the days of the festival, we spent most of our time between SonarDome and SonarXS, this last one probably showing the riskier and most subversive acts such as Toxe, Yves Tumour, Aetherial Arthropod and Total Freedom.

As a final reflection on our Sónar, Nick Bostrom from Oxford University wrote a paper in 2003 titled Are You Living In a Simulation?, where he suggested that we are certainly living in a computer simulation. This paper provided grounds for the Simulation Argument Theory or Simulation Hypothesis that argues that what we experience as reality is actually a giant computer simulation created by a more sophisticated intelligence. The latest advances in virtual reality and artificial intelligence, make us stop for a second and wonder about the plausibility of the argument. Observing the latest trends and tendencies in machine learning, artificial intelligence and the increase in the complexity and intricacy of virtual reality that we saw at Sónar+D, if there’s a more sophisticated intelligence dictating our existence, it may be a particularly creative one.