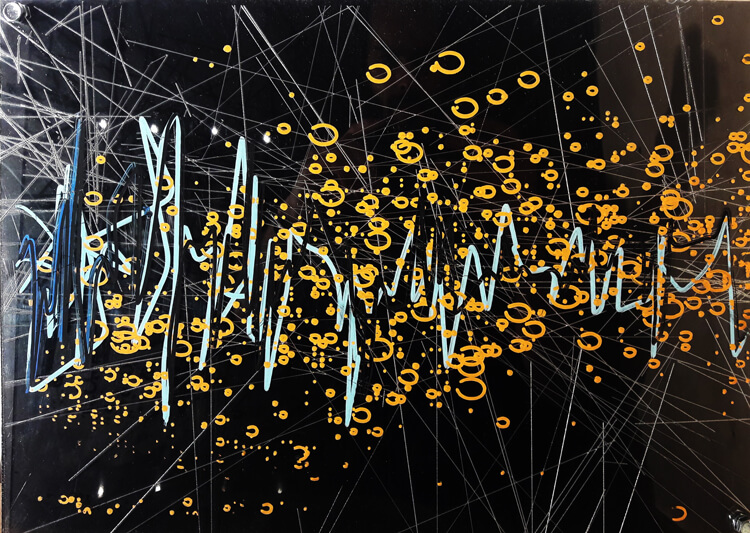 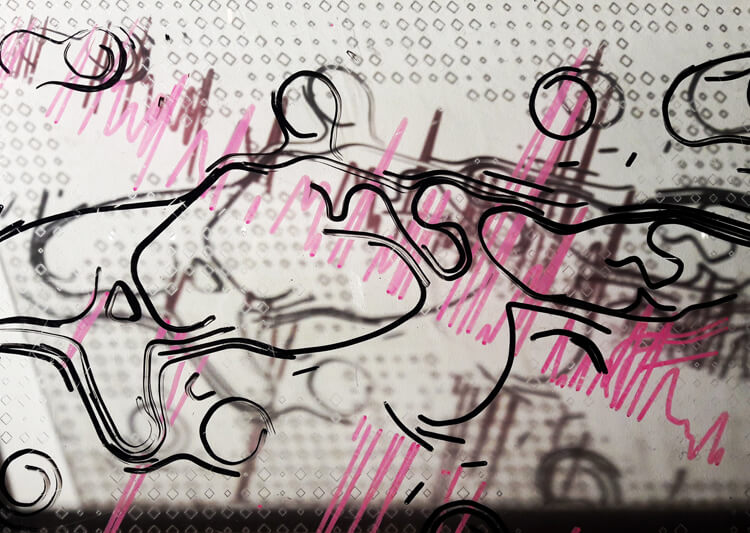 DesignMorphine is a creative hub, promoting and supporting digital design through workshops, lectures, projects and explorations in the fields of architecture, design and arts. DesignMorphine, with over 30 workshops all over the world, is bringing together, under the aegis of digitalism, not only people, but approaches. From the various software taught within the workshops, to the versatility of the themes (going from Virtual Reality to Fabrication to Robotics) it strives to influence students to find their own mannerism and use digital tools simply as what they are – tools. Methodology is important, imagination is vital.

The last workshop completed by the team, Arte Robotica, was a challenge to blur boundaries between art, technology and software, inspired by Dada ideology, that of precise randomness – controlling the methodology, but not the result. Tristan Tzara’s “To make a Dadaist Poem” was the primordial inspiration of the workshop. Within the poem, Tzara advocates for taking a newspaper, cutting the words within it, mixing them in a bag and randomly rearranging them, thus creating a new poem.

The workshop advocated not only using art as a pretense to use digital technology such as robotic arms, but creating art with logic and purpose. It was taught by Lidia Ratoi and Kunaljit Singh Chadha, together with Amaury Thomas within WoMa, Fabrique de Quartier, Paris. All the art was created using an ABB Robot. The students used a large broad of methods of generating and mixing patterns – all starting from either image or sound, or overlapping the two.

Each team created its own story. The REMINISCENCE team imagined sound as a river, distorting sound with an image, explaining: “if you let it flow in a straight canal it will end in a linear result, but if you throw stone in the river, the flow will change and move. The more stones you will throw in the water, the more tumultuous the flow will be. In the same way, a Picture is used  to disturb a sound.” The team then imagined different scenarios, from throwing stones with high violence, or either throwing magnetic sounds or throwing stones which create a force field. From these scenarios, they created 3 methods – engraving the overfilling flow, using 2 different colours to emphasise other types of throwing, and using orange circles to visualise the influence of the stones on the water. 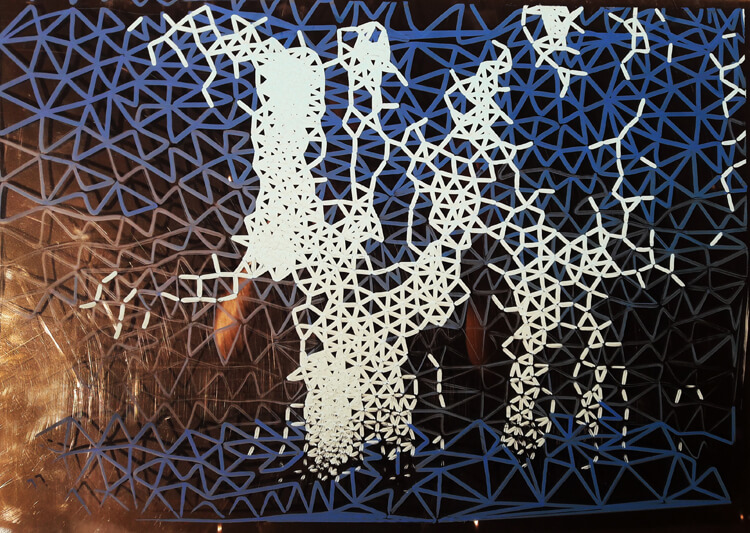 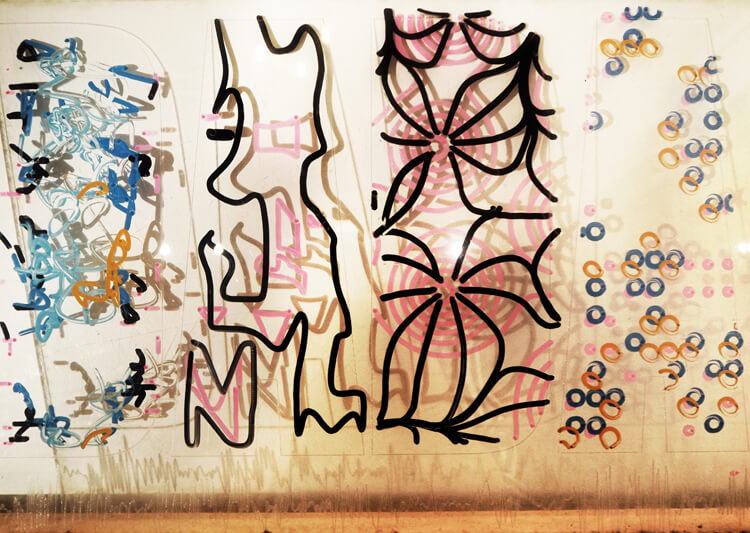 The INSECTION team inverted the situation, disturbing the image with the sound. Since an object is always associated with its traditional image and sound, the team selected imagery and sound from an insect, blending them together in order to create the perception of that, attempting to bring together these two aspects with the word describing them. Digital randomness permitted a high divagation of this – the image of the insect was inserted into the software, as well as the sound transformed into curves, and the instances were “put into superposition in order to observe interaction between the two. The result shows a possibility of visualizing the way the world is comprehended by the human senses”.

The MYST team divagated from a song entitled Night Drive, imagining this night drive either as a map, either as the song itself being a curve field. The middle of the image is open, visualising urban roads as “blank space”. Colour coding, as well as engraving one of the line sources were used to emphasise the various methods of visualising the same type of data. Their result advocates not only for using robotic fabrication in order to bring art to life, but also enhances the idea of art and practicality coming together.

The DADAGITALISM team tweaked the famous DADA poster, using computational tricks. “Generative art or architecture isn’t shaped by explicit decisions (the drawn line), but by informed description of a behaviour (the code line).” Bringing to life the DADA poster ideology, which brought so many ideas together, the team implemented 4 different types of logic in the 4 DADA letters, all deviating from a sound wave. The first letter used colour analysis from a Jackson Pollock painting, and the amplitude of the sound in order to influence the number of connections. The second one gathered text, and used sound amplitude of the sound to pick certain parts of it. The third one created a series of force fields, the amplitude of the sound being used to change the toolpath of the robot. The forth one one used Cellular Automata logic, a system of cells in which each cell lives or dies depending on the life of its neighbours, and the team used the “surviving” cells as center for circles, while the radius of the circles was influenced by the same sound amplitude.

Not slowly but most definitely surely we are witnessing a new paradigm shift in the world of the arts. Through the use of digital tools and algorithmic processes, a true community of architects, designers and artists has emerged, beyond geographical, cultural or disciplinary boundaries.

CLOT Magazine chief editors were jury members for the workshop. They selected the INSECTION work for its powerful results in blending the natural and the digital worlds through sounds and images.