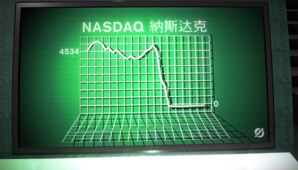 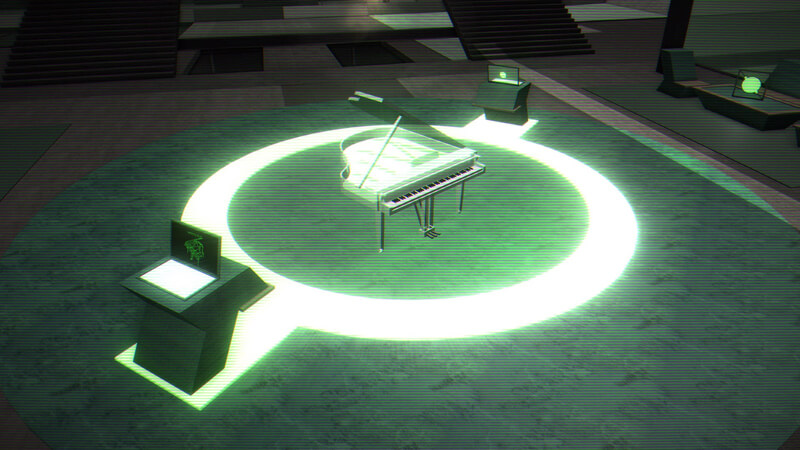 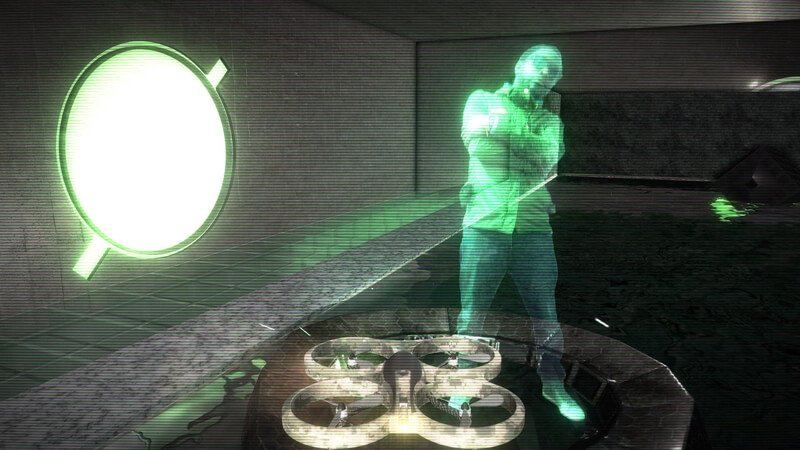 With a background in architecture, Lek was awarded the 2015 Dazed Emerging Artist Award, for his piece Unreal Estate. In it, he uses video game software to invent a dystopia in which London’s Royal Academy of Arts has been sold off as a privately owned luxury estate. Inspired by the city’s housing crisis and the fact that such an institution is on a rental contract, the artists takes us on a surreal journey where our postmodern absurdity is fully revealed. A not so sombre cityscape arises in his acclaimed Bonus levels series. An ongoing project, described as a “utopian work in progress” where some of East London’s most interesting art galleries, spaces, and collective hangouts and other city spots can be re-discovered as simulated collages. Using critical fiction, these “virtual novels” (in his own words) take on architecture, cinema and psychogeography to bring us into a personal journey evoking memory and collective consciousness.

Recently, Lek has collaborated with Kode9 for an impressive audiovisual show, The Nøtel. Kode9 is one the most prominent figure in the UK bass music scene and founder of label Hyperdub. The show, which we could catch at Sónar this last June, articulates around Kode9’s last album Nøthing. Lek infuses with his eerie visuals the central concept of the show: The Nøtel, an “evacuated, fully automated, luxury hotel”, where experiences and feelings of absence, non-existence, void and such bring us to a world where ‘s hard to imagine anything happening.

Using new media to convey profound ideas of loss and revitalization, Lawrence leek’s virtual futures makes us reflect on ourselves, as sentient beings, able to interact and improve our relationship with our environment.

Your background is in architecture and you are working as a visual artist using speculative design to create videos, installations and performances. How and when the fascination with the different disciplines come about?

I’m more interested in creating worlds rather than focusing on any particular discipline. Sometimes (like in the Nøtel), the world is completely synthetic; other times it’s based on a twisted version of a real place. But the world has to be experienced in an incomplete way – you can only simulate, not reproduce, reality. Every discipline or medium only reveals a small part of this world, whether through audio, visual, or material means. That’s why I work in a wide range of media and situations – each reveals a different angle.

What are your aims as a visual artist whose projects, dystopian not so far virtual futures, are also charged with cultural, political and sociological connotations?

I’m interested in the creation of fictional worlds and how new media evolves to embody collective memory. In the 19th century, novels were a mass-produced art form that were able to distribute the author’s voice to a wide public. Similarly, 20th century cinema bridged between the director’s vision and an even more distributed public. Everything is colliding now, so I’m trying to find new ways to capture and express this accelerated perspective.

The Nøtel, is an a/v set based in Kode9’s last album Nothing, that you developed in collaboration with him. What were the biggest challenges you faced for its development? How did you translate the central concepts in the album (zero, void…) into images and motion?

In Daoism, there’s no concept of nothing without something to contrast against it. Likewise, the aesthetics of architecture is all about the difference between space and mass. So nothing was taken as a spatial idea: a cavernous circular hotel filled with very little furniture and no human inhabitants. At the same time, it was a psychological void, because the space was haunted through holograms and sampled videos of humans who were previously living.

I want to create work that combines memory and fantasy. Since each video presents an alternate history of a place, it’s a form of liberation from the present, from the gradual and relentless mechanisation of our environment. I hope that after encountering the virtual world, the real world reappears as just one in an ocean of possible futures. Obvious ways forward are to build worlds in VR and as real architectural projects.

(All photos from The Nøtel courtesy of Lawrence Lek) 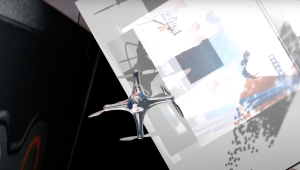 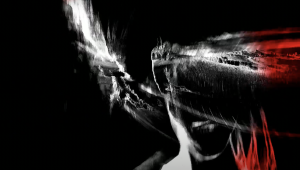