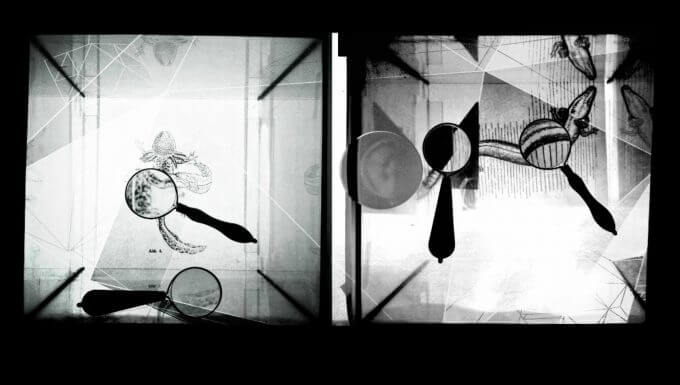 Artist, co-founder of Theremidi Orchestra and member of the open source biological art platform Hackteria Network Robertina Šebjanič, was featured in CLOT Magazine two years ago. Since then Robertina has performed and exhibited internationally at countless galleries and festivals and she has some exciting exhibitions on the go this September.

Robertina Šebjanič’s work deals with the cultural, (bio)political and ecological realities and encompasses audiovisual installations and noise/sound performances and often collaborates with other artists to develop her artistic research. Her work is enormously relevant in times when aquatic ecosystems are more threatened than ever. With devastating imagines of plastic polluted waters washing tones of residues into beach shores.  One of these works is  Aqua Forensic (Underwater Interception Of Biotweaking In Aquatocene) a new project made in collaboration with Gjino Šutič that will premier on Ars Electronica Festival (Linz, Austria) from 6th to 10th September. Aqua Forensic is co-funded by the Creative Europe Programme of the European Union and supported by Ars Electronica, Projekt Atol Institute (SI), UR Institute (HR), The Ministry of Culture of the R. of Slovenia, and The Ministry of Culture of the R. of Croatia.

With Aquatocene Robertina Šebjanič ‘investigates the phenomenon of underwater noise pollution created by humankind in the seas and oceans’. Over the years she has made a number of recordings using hydrophones in different locations around the globe to encourage us to reflect on ‘the anthropogenic sonic impact on the underwater habitat and marine life’. Aquatocene / Subaquatic quest for serenity is part of the Speculum Artium New Media Culture Festival group exhibition in Trbovlje (Slovenia) that takes part between 13 – 15 September.

Lygophilia curated by Annick Bureaud weaves together mythologies and sciences, history and future, fears and desires, continents, cultures, humans and non-humans. The exhibition opens the 31st of August at the gallery of OSMO/ZA in Ljubljana as a part of the Mladi Levi festival. Robertina Šebjanič is premiering her new installation, Neotenous dark dwellers (Lygophilia).