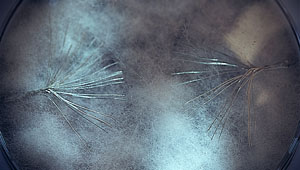 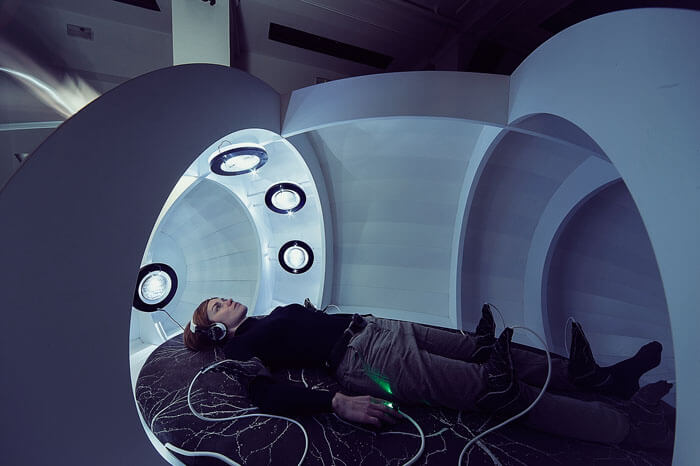 Art Laboratory Berlin is a non-profit exhibition and research platform established in 2006 by the artist Christian de Lutz and the art theoretician Regine Rapp. It focuses on the interdisciplinarity between science, technology and art.

“Nonhuman Networks”, one of the exhibitions taking place at the Art Laboratory Berlin, opened its doors this September and will run until the 26th of November. The exhibition includes workshops and a conference, and deals with themes of anthropocentrism while exploring relationships between human and non-human agents. Heather Barnett and Saša Spačal, who have been previously interviewed by CLOT Magazine, are taking part in this exhibition.

Saša Spačal and her colleagues present a platform for inter-species communication through the combination of biology, art and cybernetics. The platform is known as “Myconnect” and works by linking the nervous system of a person to a fungus-like bacterial colony – known as mycelium – and creating a biofeedback loop.

Heather Barnett was in charge of running a 2-day workshop that preceded and complemented the exhibition. The workshop featured the slime mould, Physarum polycephalum. This single-celled intelligent organism is able to form networks, solve spatial problems and learn about its environment – all of this while lacking a brain and nervous system, as Barnett told us in our previous interview.

Spačal’s symbiotic interspecies connector and Barnett’s slime mould network ability present interesting models that can be used to explore collective behaviours, while allowing the audience to engage with these intriguing “simple” organisms.