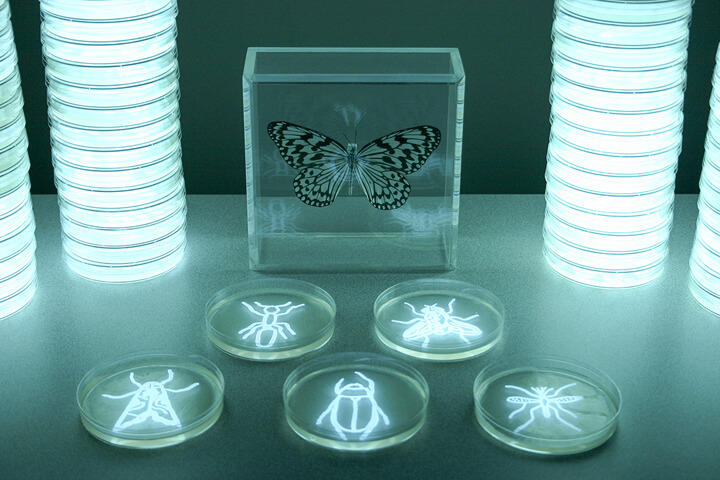 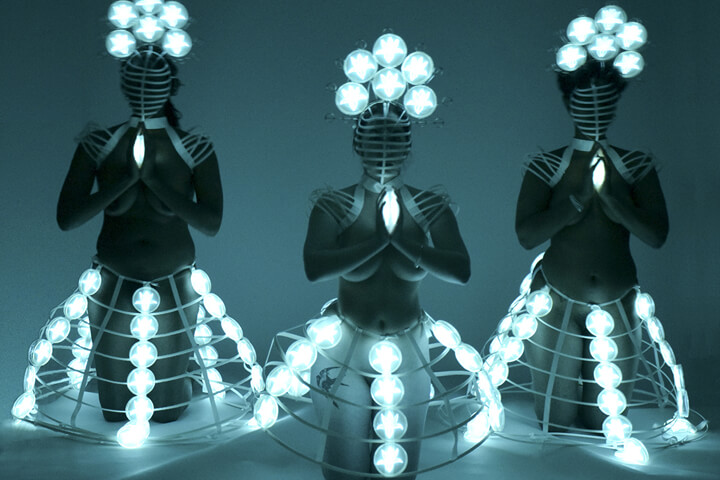 ‘Science provides new technologies, new materials, and other resources for use by artists. Creativity and art can lead science to look at matters differently.  This sometimes leads to new discoveries, new ideas, new methods, or new outcomes — in science and in art.  In my work, I use bioluminescent bacteria to produce drawings on Petri dishes and photography with bioluminescent light.  I have incorporated a variety of scientific concepts, and political, and ethical issues in my art, such as human cloning, evolution, and biological warfare’, said Hunter Cole, who has a PhD in genetics and teaches in the biology department at the Loyola University of Chicago,  during an interview with CLOT Magazine.

Hunter Cole is presenting a new multimedia exhibit entitled, Living Light: Photographs by Light of Bioluminescent Bacteria, on display at ARC Gallery in Chicago, from Jan. 3 through Jan. 27 2018.

This unique solo will feature a survey of Cole’s bioluminescent art during the period 2005 to 2017 showing features photographs of human figures illuminated by a glowing blue light created by bioluminescent bacteria. In addition to the photos, visitors can also see a time-lapse video piece featuring the bacteria growing and dying, accompanied by a musical score based on the protein sequences in the bacteria — all of which is meant to invoke reflections on the issue of mortality.