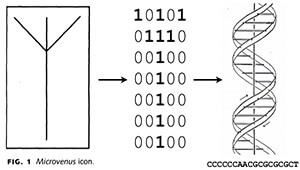 JOE DAVIS, from Microvenus to Astrobiology 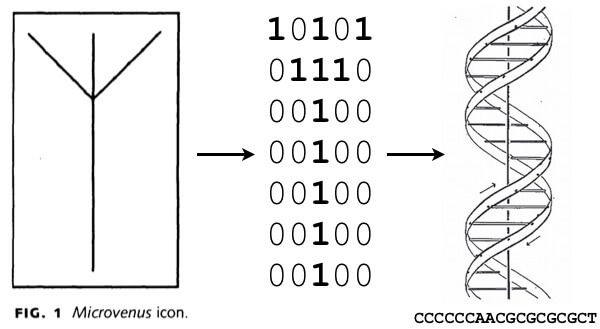 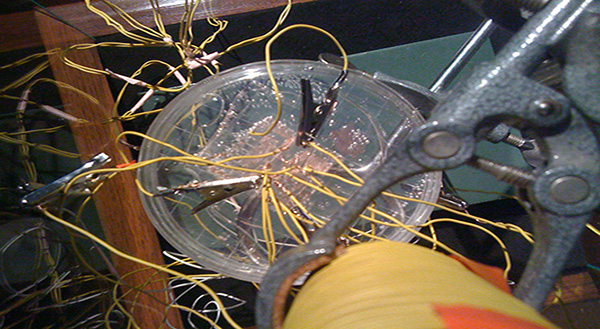 Joe Davis is one of the seminal figures in Biomedia. His work has shocked and polarised the artistic community while at the same time laying the foundations for a new artistic discipline.

The artist is a research affiliate in the Department of Biology at MIT and his research and art include work in the fields of molecular biology, bioinformatics, and sculpture. With his practice, he was one of the first to blur the lines between art and modern biology,

In the late 1980s, Davis collaborated with molecular biologist Dana Boyd to insert for the first time a non-biological DNA message into a coding sequence. The recipient was the bacterial strain E. coli, one of the basic tools in molecular biology labs. The work, Microvenus, encoded a binary representation of the Germanic rune for the female goddess of earth and life and it was a response to the Pioneer plaques designed by astronomers Frank Drake and Carl Sagan that were sent aboard Pioneer spacecraft with the intention of being intercepted by extraterrestrial life. The plaques depict the location of the Earth in the solar system and galaxy, the trajectory of the Pioneer spacecraft, and anatomical depictions of the human form. Davis took issue with the relative lack of detail of the female figure compared to the male figure and used Microvenus as a counter-argument for how we, as a species, outwardly represent ourselves.

More recently, Davis has been working on encoding the top 50,000 pages of the English Wikipedia page into bacteria to be transferred into apple trees. The project is titled Malus ecclesia and is both a biblical reference to the apple tree in the garden of Eden as well as George Church, the principal investigator for the lab at Harvard Medical School where Davis holds an appointment. Davis’ interest in plants also extends to one of his current projects, Astrobiological Horticulture, where he is investigating the potential for biological gardens in space.

Throughout his highly productive career, two projects stand out as being particularly ambitious; Call me Ishmel, a 110-foot lightning tower in memoriam for Hurricane Katrina, and Bacterial Radio, a crystal radio system that uses a protein derived from marine sponges to create an electrical circuit capable of receiving AM radio transmissions. Davis work on the bacterial radio, which was assisted by molecular biologists Tara Gianoulis and Ido Bachelet, garnered critical acclaim for its technical sophistication and sustainability and was awarded the 2012 Ars Electronica Golden Nica in Hybrid Art.

This podcast was produced by CLOT Magazine and Stephen Mclaughlin (www.straightola.com)