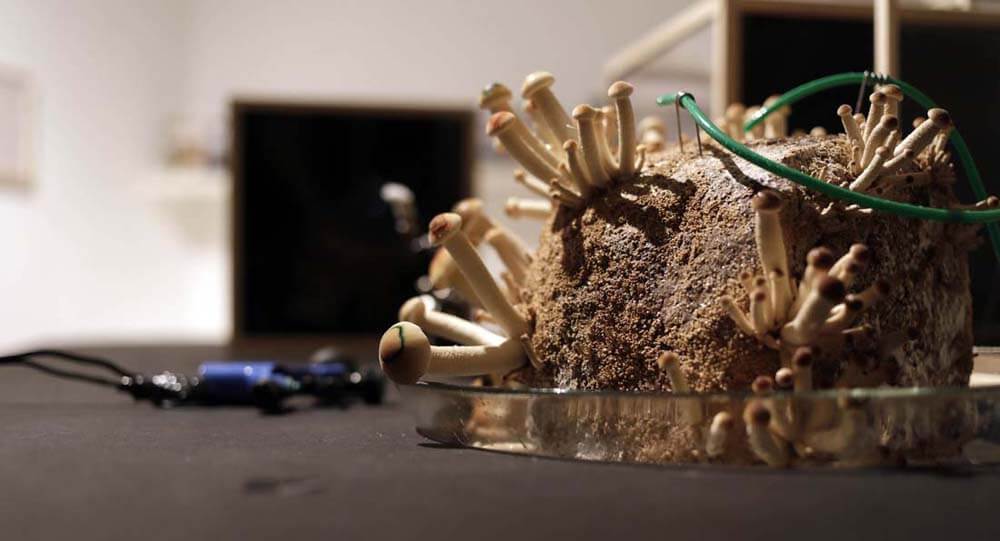 Between 28th November 2018 and February 17th, 2019, the PERMM Museum of Contemporary Art welcomes a large scale international project: THE NEW STATE OF THE LIVING, curated by Dmitry Bulatov, an artist and curator whose research is focused on interdisciplinary art media, including visual and robotic art, and art-science. At the centre of THE NEW STATE OF THE LIVING will be an exhibition featuring 20 international artists, as well as a three month long educational platform and a scientific conference. At the core of this project lies the belief that technological advances ought not to be viewed merely within narrowly specialised experimental realms, but ought to be treated primarily as cultural expressions. The project invites visitors to enter the space as ‘unconscious constructs’ entering into a creative union; indeed, the work of many of the artists featured reveals an intuitive response to not only technologies themselves, but to the complex relationships between ‘living’ and ‘non-living’ entities – exploring how technologies shape ‘new imperceptible relationships.’

Such artists include German new Media artist Theresa Schubert, who uses biological generative systems to create art – a central aspect of her work is skin. Past projects include Growing Geometries I – tattooing mushrooms (2014), where growth and development of simple organisms like the slime mould Physarum Polycephalum and fungi are a means for metaphysical reflection. Others featured include Slovenian-born artist Saša Spačal, who describes herself as ‘post-media’; rather than fitting into moulds of either old or new mediums, her art uses technological ecosystems that relate to human beings and their sensorial capabilities. Particularly notable is her project Myconnect, an ‘interspecies connector’ designed to help humans to transgress their own species and connect with another at a perceptive and physiological level.

Also exhibiting is the team Cod.Act – the name for duo André and Michel Décoster, one of the most renowned collaborations currently working in new media and kinetic art. Their performances and complex, interactive installations include the piece Nyloïd, which was exhibited at Sónar festival in Barcelona – an impressive sound sculpture that appears almost like a giant insect, writhing on the ground and flaying its nylon limbs.

This diverse group of artists will be accompanied by a series of leading specialists in the fields of contemporary art, cultural anthropology and other subjects, during the three month long educational programme, which seeks to hold an interdisciplinary conversation about the emergence of technological reality. The central event of this program will be the scientific conference THE NEW STATE OF THE LIVING: DEEP MEDIA, which will be held on November 29-30, 2018, where an impressive range of speakers include noted Russian and international scientists and philosophers and thinkers. One of these is Jens Hauser – a Paris and Copenhagen based art curator and media studies scholar who holds a dual research position at both the Department of Arts and Cultural Studies and at the Medical Museion at the University of Copenhagen, and is a distinguished affiliated faculty member of the Department of Art, Art History and Design at Michigan State University. The next few months are looking extremely busy for the PERMM Museum of Contemporary Art, which will no doubt witness an extraordinary set of emerging ideas.