EVELINA DOMNITCH & DMITRY GELFAND, a phenomenology of art and physics 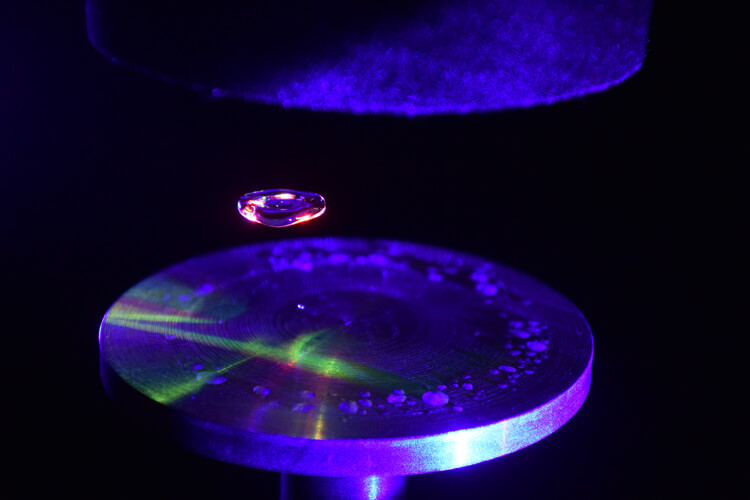 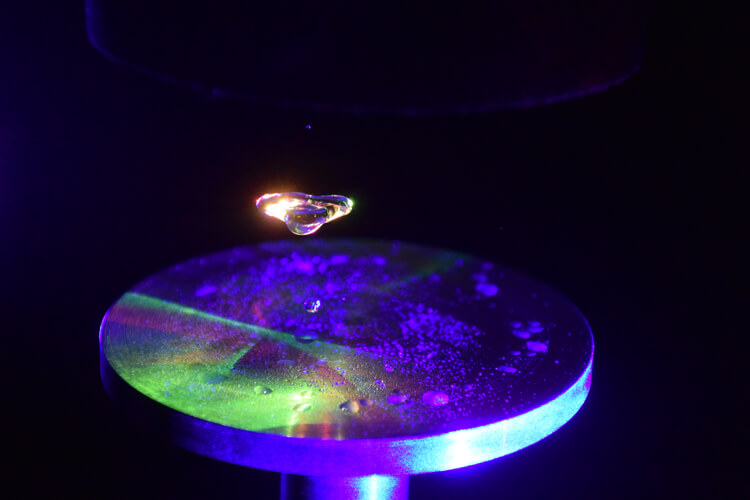 For Evelina Domnitch and Dmitry Gelfand, an artistic duo based in Amsterdam, perception and observation are central processes in their practice. Observation is the phenomenological action of perceiving while at the same time being aware of the act of perception itself, which actually becomes an act of consciousness. Blending these concepts with physics, chemistry and philosophy, Evelina and Dmitry’s pieces take us into unexplored realms for the senses, where space and time warp into a continuum of scientific discovery and perceptual extension.

The mental processes of consciousness and cognition have fascinated scientists and philosophers for centuries and still are among the big unknowns in human knowledge. In philosophy, phenomenology studies the structure of consciousness as experienced from the first-person point of view. This philosophical movement began in the first half of the 20th century with Edmund Husserl as one of its central figures. Phenomenology argues that a scientific picture of the world, which serves as the basis for contemporary thought, still cannot encompass the unrecordable workings of cognition. For example, mathematics, albeit providing the most elegant and unequivocal of these representations, cannot be the ultimate language for endowing the universe with meaning [1].  And phenomenology is a discipline that lays at the core of Evelina and Dmitry’s conceptual framework.

Originally from Minsk (Belarus) and St Petersburg (Russia) respectively, Evelina and Dmitry use current findings in complex physics phenomena based on quantum physics like wave expansion, sonic levitation and light events to blow up processes otherwise invisible to the naked eye, and with them challenge our perception. The duo’s performances and installations exist as transforming phenomena laid out for observation. The artworks also play with ephemerality, as the artists rejected the of use static/fixative media, highlighting the idea of transmutability, movement and fluidity in the space-time while at the same time raising questions on perpetuity.

The use of light and sound or acoustic phenomena is one of the landmarks of the artist’s’ work, and it is central in most of their pieces – Husserl himself considered the perception of music as one of the crucial means of time-awareness and a superlative example of phenomenological elucidation [1]. Likewise, water is prominently present, being one of the best conductors for sound and its vibrational properties.

Some of the works like Camera Lucida: Sonochemical Observatory (2003) and Implosion Chamber (2014), explore the properties of both light and water through cavitation. Cavitation is the formation of vapour cavities in a liquid, small liquid-free zones (“bubbles” or “voids”), that are the consequence of forces acting upon the fluid. In camera lucida, acoustic cavitation induces a little-known phenomenon called sonoluminescence. In the complete dark ultraviolet light reveals itself in what has, very poetically, been named ‘A Star in a Jar‘.

Sonolevitation (2009) unfolds another of the prominent phenomena in Evelina and Dmitry’s work, levitation. In it, an acoustic vibration generates a standing wave that levitates leaves of gold. An evocation of the weightless, frictionless environment commonly found in outer space. These works take inspiration in the Russian painter and theorist Kazimir Malevich, who postulated that the goal of humanity “consists of distributing weight in systems of weightlessness” and the fact that weight and gravity are not experienced in the large amplitude of the universe. Sonolevitation set the grounds for Force Field (2016), a performance developed in collaboration with Paul Prudence. It is hard to put into words the aesthetic appeal and elegance of this piece where acoustically levitated water droplets bounce and fuse like graceful otherworldly dancers while the vibrations of the drops are amplified making audible the slippery materiality of water shapes.

Luminiferous Drift (2016) is another of their magnificent projects and one that they consider being of the most challenging because of its technical complexities. It includes synthetic biology, biochemistry, fluid dynamics and climatology and was developed in association with Jean-Marc Chomaz and Erik Werner with sound from Richard Chartier. In this project, all the collaborators and artists explore the properties of lipophilic molecules and amphipathic membranes, creating prebiotic cellular conditions and enzyme-activated metabolic reactions that release energy in the form of light. Luminiferous Drift received an Ars Electronica 2017 honorary mention (in addition to the duo’s Ars Electronica honorary mentions in 2013, 2011, 2009 and 2007)

Other more recent pieces further dive into these complex phenomena in physics. Obihedron (2017) and ER=EPR (2017), both collaborations with LIGO [2], turn onto exploring vortices, black holes and wormholes. While Ion Hole (2016) and Quantum Lattice (work in progress), both commissioned by FEAT [3] also explore levitation and ion traps – the last being a discovery that has become a crucial instrument for fundamental physics, chemical analysis, aerobiology, and quantum computation.

Evelina and Dmitry see their practice as  “ a dizzying serpentine journey, plunging into the bottomless mysteries of light”[4]. I would go much further than light and say that theirs is a discovery as well as research into the most profound essence of human existence, where our senses and how we perceive the space we inhabit are the means for a phenomenological trip into the depths of consciousness.

Your work expands from physics, chemistry and computer science to philosophical practices. When and how did the fascination with them come about?

Since Evelina’s university years when she studied Edmund Husserl’s “Philosophy as a Rigorous Science” and other phenomenological texts, she has been pursuing the non-linear phenomena underlying the process of observation – the phenomenological practice of perceiving while examining the act of perception. When we started our collaboration, these feedback-driven perceptual dynamics leaked into the sphere of quantum physics, into the mind-curling paradox of the observer effect: the insurmountable fact that an observer, and by extension his or her observational instruments, affect the behaviour of a quantum system. When this phenomenon was discovered in the early days of quantum theory at the beginning of the 20th century, it was quickly deemed too philosophical for scientists, and too arcanely scientific for philosophers. Finally in the 1960s, thanks to the “unspeakable” quantum entanglement experiments of John Bell and the thought experiments of John Wheeler, the coupling of the observer and the observed regained such interest that it eventually led to the second quantum revolution – which is currently unfolding. One of the ramifications of this revolution is a worldwide race towards quantum computation, a method based on the instantaneity (beyond the speed of light) of quantum communication.  However, due to the observer effect, the rapidity of these communication channels cannot be exploited for live transmission. Hence, a computation (accomplished via quantum teleportation) can only be deciphered after and not during the instant of quantum entanglement; this instant is unrecordable, and seemingly unobservable, much like the very act of observation. This is possibly due to the non-locality characterising both phenomena. Because one of our main philosophical and artistic intentions is to observe macroscopic quantum phenomena, we decided to depart from the age-old tendency to capture, record, ingrain the unbridled flow of reality.

What do you expect from the viewer that interacts with your performances? Do you expect to create synesthetic experiences in your audience?

Indeed, we are quite fascinated by synesthesia along with the capacity for sensorial tuning and gaining access to formerly untapped modes of perception. The domain of the senses is always the primary gateway for conceiving an artwork. However, we always strive to interlace numerous levels of engagement beyond the purely sensory: through scientific paradoxes, hypnagogic self-abandonment, technological challenges, and the elastic horizon between living and inanimate matter. It is definitely enough to tune into only one stratum of engagement, but the multiplicity of layers allows one to return to the same artwork, which never remains the same. To give an abbreviated example, in Camera Lucida: Sonochemical Observatory, one encounters the paradoxical phenomenon of sonoluminescence (acoustically induced light emissions in a liquid) for the first time in one’s life  – even very few physicists have ever seen it.

Many theories have arisen during the past few decades, including the refuted presumption that nuclear fusion occurs inside of the sonically imploded micro-bubbles responsible for the glow.  The light is so faint that it can only be perceived in absolute darkness, so it is necessary for the observer to disappear, leading to a new-found opto-aural visibility. The artwork also triggers experiences of psychomorphism and biomorphism, whereby inanimate matter transforms into life-like mental projections.

In Force Field, the work you are presenting at Technosphärenklänge #3, you use techniques applied by NASA and ESA to manipulate uncontrollable samples in microgravity, where water droplets are acoustically levitated to explore properties of sound and water. What were the biggest challenges you faced during its development? And what has been your most challenging project so far?

The biggest challenge was counterbalancing gravity. Despite the numerous acoustic levitation experiments conducted in Earth-bound and outer space laboratories, there has yet to be any disseminated application of the phenomenon.  Consequently, there is very little literature describing the actual instrumentation used for sonically levitating liquids, even though there are plenty of papers expounding on the physics involved. It took us 7 years to develop Force Field since the time of its conception. This is without taking into account its progenitor, an artwork called Sonolevitation, which would add another 2 years to the trajectory. Force Field ended up being the third of a series of versions, and the one that preceded it simply split apart upon its first trial, from an immensity of acoustic pressure.

We usually create only one artwork per year because they are so obstacle-laden. Perhaps the most challenging one has been Luminiferous Drift, engaging such disparate disciplines as climatology, synthetic biology, micro-fluidics and biogeochemistry. Evoking Saturn’s hexagonal polar vortex, bioluminescent protocells trace the polygonal ocean currents of a hypothetical planet. Luminiferous Drift touches upon one of the most colossal of the questions, as to how life can arise out of lifeless chemistry.

What direction do you see your work taking?

We’re currently developing an installation in which a single glowing atom will be rendered visible, purely optically. Another series of artworks entails the hydrodynamic staging of black hole behaviour.

The deficit of unconfined engagement with the processes of the cosmos, be it the growth of fungus or the death of stars. We don’t consider creativity a human trait, but rather a cosmic vector, the direction of which has not been fully revealed to us  – perhaps towards reducing entropy or squeezing out anti-matter?

Without the capacity to breathe delectable, living air. Little can compare to the pleasure of exchanging one’s breath with the entirety of Earth’s creatures; of inhaling, for example, the intricate messages of plants. Unfortunately, the pleasurable aspects of breathing are lacking ever more in places where humans dwell, just like the starry sky, another must.

(All photos and videos courtesy of the artists)

Online event: ‘Marathon on the day of the Revolution’ by Morphine x Beirut 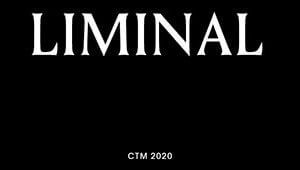