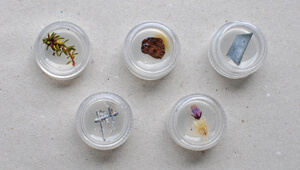 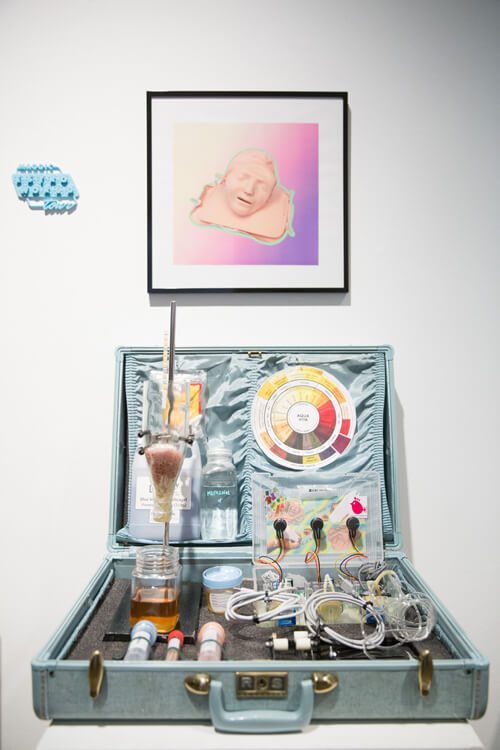 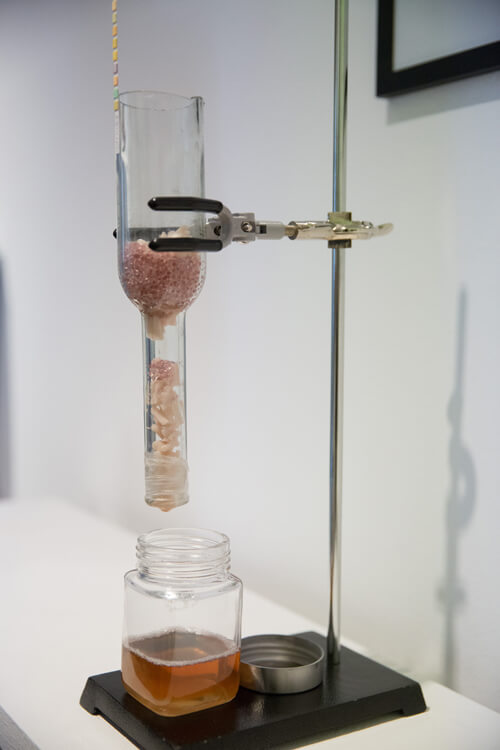 In an era where technology-based solutions to everything seem to be the norm, where do we draw the line between meaning and absurdity? What’s the role of technology in social progress? Are we really tackling pressing social and cultural issues? These thoughts came to my mind after being introduced to the work of artist and professor Byron Rich.

Rich spent his childhood in the shadow of the Rocky Mountains, in western Canada, where he was born. He attended The University of Calgary and obtained a degree in New-Media before moving to Buffalo, New York, to pursue a Master of Fine Arts in Emerging Practices. He now teaches Electronic Art & Intermedia at Allegheny College in Meadville, Pennsylvania. Rich’s interdisciplinary approach combines biological sciences, computer programming, and digital media alongside other disciplines. The use of open-source software and biotech is an important trait of his conceptual practice. His work questions the ethics and practicality of contemporary techno-culture, exploring human relationships with technological tools and the natural environment.

Open Source Estrogen, a collaborative project between Rich and artist-biohacker Mary Tsang, won an Honorary Mention at this year’s prestigious Prix Ars Electronica. Using do-it-yourself science, the project aims to create an open source protocol for estrogen biosynthesis. By recycling back into our bodies the estrogen from hormonal colonised environments, birth control pills and hormone therapy replacement would become independent from pharmaceutical companies and governments. The idea of connecting the environment and the public -especially women and transgender females- has a political purpose and creates a controversial debate on the control of our own bodies.

Along similar lines, Rich examines the idea of body sovereignty in the project IMMOR(t)AL – with an emphasis on marginalised and socially excluded sectors of society. The growth conditions for a colony of HeLa cells are controlled using EEG data. In this way, the life of these cells is determined by the electrical activity of the participant. HeLa cells were the first immortal human cells ever grown in culture. Taken without consent from an African-American woman in the 50s as she was being treated for cervical cancer, they are now a key research tool for biotechnology. Recently, Rich has been working on a new project, M-Ark (Microbiome Ark), for the show In Case of Emergency at the Science Gallery Dublin, where catastrophe and apocalyptic events are the themes of the exhibition.

What characterises Rich’s work is a focus on the impact of human technological activity on identity and the environment. Hacktivism and open culture could be the key to putting more effort into repurposing technologies for addressing cultural and social issues such as gender politics, environmental disasters and self-ownership. 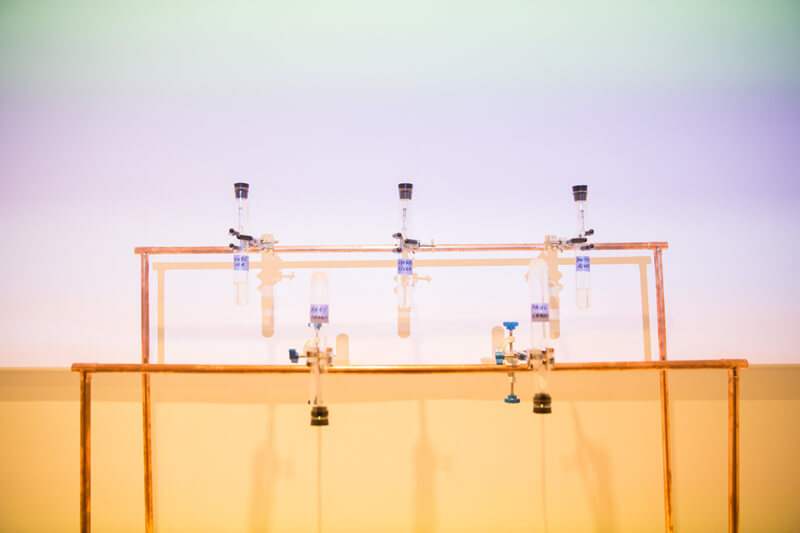 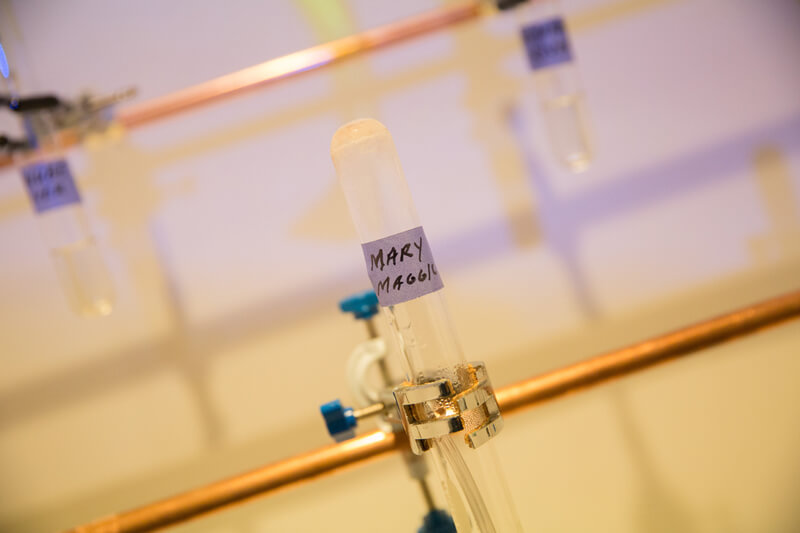 You are an artist and lecturer at Allegheny College in Meadville (Pennsylvania, EEUU), where you teach Electronic Art & Intermedia. The conceptual framework of your artwork encompasses different topics; from painting and videography to digital technologies and new media. For those that are not familiar with your work, could you tell us about your background?

I was born in western Canada, Calgary Alberta to be exact. I studied New-Media and Painting (kind of a self-designed program) at The University of Calgary. I really didn’t know what to do with my life, as I really wanted to be an architect, but couldn’t envision myself being able to commit to the drudgery of pursuing professional accreditation. So I staggered through art school, then, worked at a non-profit gallery called TRUCK in Calgary.

I hope people apply for opportunities there as it is a wonderful organization. After a year there, I spent half a year in New Zealand, where, for reasons unknown to me, I decided to apply for grad school at The University at Buffalo to study under Paul Vanouse and Steve Kurtz in particular. From there I became a professor at Allegheny College! I would have been an accountant or something mundane had I been gifted any level of discipline or commitment.

Your practice can be summed up as techno-futility, a concept central to your work. Could you tell us more about it? What does it consist of? How does it reflect on particular pieces of your art?

I’m not a fan of technosolutionism. I worry that there is too much emphasis put on apps and the technosciences to solve our problems, especially social problems. I’m probably wildly naive given the political reality of the moment, but I believe in people, and their inherent ability to cooperate to find solutions interpersonally. I’m kind of on the Gene Rodenberry train of thought, hoping, maybe wishing, for some kind of utopian vision of the future where the technosciences are used to expand understanding scientifically, philosophically, but most importantly as emancipatory tools.

Open Source Estrogen, a project that received a special mention in Ars Electronica 2017,  combines do-it-yourself science, body and gender politics, and ecological ramifications of the present. It is a form of biotechnical civil disobedience. Could you tell us the intellectual process behind it? How did you come up with the idea?

It’s pretty simple: When I moved to the US I was struck by the complexity of the medical and pharmaceutical system. Access to birth control was needlessly expensive and involved too many parties to really be considered an emancipatory technology. I wondered if it could be produced using a DIY protocol. Then it sat in my notebook until I met my collaborator, Mary. We discussed it, and decided to pursue it. Two years later, here we are! An honorary mention from Ars is more than I could have ever asked for.

Really, the project came to a turning point when the realization that there is a bizarre intersection between industry, institutions and human bodies, whereby institutions and corporations exert a kind of molecular colonization or power over individuals bodies via endocrine disruptors that come from pollution and agricultural runoff. We decided to harness these residues and use them as an act of biotechnical resistance against the marginalizing forces that act upon our bodies at a micro-level in concert with macro legislative agendas.

What has been your most challenging project? What were the biggest challenges?

Open Source Estrogen, no question. There are a bunch of elements that have conspired in making it a challenge. The biggest hurdle for me is reconciling what, if any, right do I have in tackling the issue of access to hormone therapy and birth control as a hetero-white man. I still haven’t navigated that by any stretch, but I try to take criticisms that I do receive and really consider them. My collaborator, Mary has been great in offering meaningful guidance when it comes to being thoughtful, and as considerate as possible when I’m working within this highly politicized realm.

Collaboration can also be a challenge. Mary is wonderful to work with, without question, but there have been a few moments that have been complex interpersonally. We’ve always overcome them. Lastly, with OSE, the technical challenges have been immense. There are so many esoteric knowledges required in pursuing such complex biochemical problems, and as a result, the learning curve has been nearly a vertical line.

I’m working on a new sub-project, where I’m proposing founding a nomadic nation in the Pacific Ocean in the midst of the Pacific Garbage Gyre where citizens will harness the “residues of neoliberalism” (endocrine disruptors in the form of BPAs from plastics and other pollutants) in the creation of hormone therapy and birth control. Really, like the rest of OSE, it is a thought piece asking why individuals must go to such massive lengths to exert control over their own bodies? Why are there so many institutional and cultural barriers? I’ve just begun on this project, and between finding funding to commission a ship to the middle of the pacific and the regulatory issues surrounding what constitutes a nation, it’s a challenge. But a worthwhile one! I love the idea of a nomadic nation as it speaks to living outside traditional nation-state boundaries, and also to a future where climate change has profoundly impacted borders, and compromised entire nation’s sovereignty.

Space. I’m a person obsessed with space and the philosophical complexities that are inherent to exploring it. Additionally, I love pondering our future as interstellar species, whether out of necessity, or ambition. That said, I’m working on a project entitles M-Ark (microbiome ark, for Science Gallery Dublin. They commissioned the piece for an exhibition called In Case of Emergency where the provocation was to envision a project that responds to an emergency of whatever form. For me, I imagined a world that no longer existed due to human idiocy, whether a result of war or climate change, I pondered what happens after?

I’ve been compelled by Panspermia, the idea that life on earth originated as a result of microbial life on celestial bodies crashing into our planet. Additionally, the notion that humans are merely a complex carrier that evolved out of the necessity of our microbiota is kind of interesting, if merely a theory. So I built a satellite that holds a human microbiome and would theoretically be on a re-entry trajectory that would bring it back through the atmosphere at a given moment in the future. The microbiome is encased in a ceramic, multi-part egg covered in a gold coating. It’s designed to break open after colliding with the earth after the aluminium satellite skin breaks apart upon re-entry. Maybe kickstarting panspermia? Again, not practical, but fun to ponder.

Ian Thomas, an immensely talented artist, is constructing the egg, and Chris Siano, a master fabricator, is building the interior sub-structure of the aluminium sphere.

The banality of my administrative side of my job as a professor of art in combination with outmoded and often divisive ideologies that hold back institutional progress are the greatest threats to my creativity. That said, I have an immensely supportive Provost who believes in the vision of myself and some of my colleagues.

My brilliant and creative wife, Heather Brand. I can be a hand full, and she unwavering in her strength and awareness. My cat, Clementine. And in a distant third, my Motorcycle. Also, a pen and something to scribble on.

(Photos courtesy of the artist and Ars Electronica)