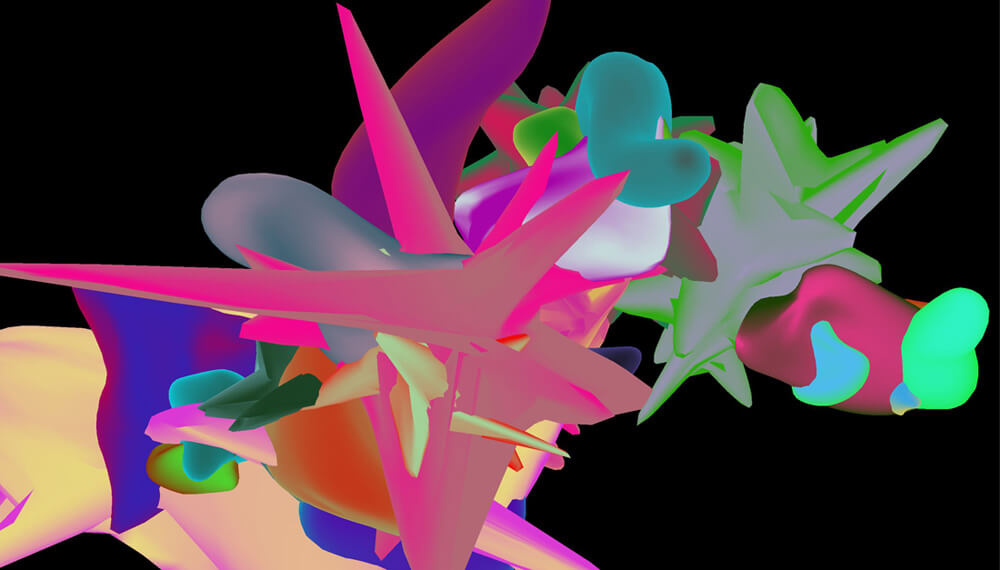 In their latest project Al¿ve, Arvid&Marie pose one question to their audience: can there be digital life? Arvid&Marie is a duo of artists comprised of Arvid Jense and Marie Caye, a pair of experience designers and ‘technological adventurers’ that collaborate on their shared passion for art and technology. The duo works with interactive objects and performative storytelling to explore post-human theories, dramatically reconceptualising the relationship between humans and technology. Through their practical investigations into cybernetics and autonomous machines, Arvid&Marie are paving the way for the Artsci movement.

Perhaps the most fascinating aspect of their work centres around their preoccupation with machines that are self-sufficient; for example, their project SAM (Symbiotic Autonymous Machine) that employs water kefir grains to produce a beverage, acting as a small scale automated food production. Nominated for the Future Food Design awards 2017, SAM is a utopian projection – a hybrid robot that is at once technological and organic, and which crucially, presents itself as a single economic entity for which greed and profit is non-existent. As SAM has no legal status, Arvid&Marie accompanied the project with a legal proposition: ‘The Autonomous Actors Rights’ – which legislates for a proper definition of the role of these hybrid technologies in society, designed to inspire ‘new economical and legal systems based on trustworthy relationships between humans and machines.’

In this sense, Arvid&Marie explore an ethical dimension relating to our use of machines. This notion of a trusting relationship between humans and technology is central to their latest project, Al¿ve – a digital species that exists within an app, which the user nurtures as a living creature. This concept of a digital pet for which you are responsible for keeping alive is reminiscent of the Tamagotchi, one of the biggest toy fads of the early 00’s – a keychain sized virtual pet simulation game that you can feed and discipline. Al¿ve supersedes the Tamagotchi both technologically and conceptually – it’s a response to the emergence of increasingly complex computer programs, which for Arvid&Marie, raised the question of alternative living entities.

Produced during a two month residency at the Wageningen University and Research, Arvid&Marie worked with the departments of Microbiology and Animal Science to inform their process of understanding whether or not there could be digital life. Inspired by a genuine curiosity regarding this question, the pair took the affirmative answer that there can be digital life as a hypothesis, and then tried to prove it through Al¿ve. Their process involved an attempt to translate biological life according to the seven criteria of the scientist Tibor Gánti into the digital realm; these criteria included homeostasis, birth and death, metabolism, growth, mutation, response to stimuli and reproduction. Al¿ve grows physically on the user’s phone, and consumes computing cycles to calculate the expansion of its body. Like a Tamagotchi, a lack of nourishment leads to depletion, and when the phone is turned off, Arvid&Marie describe the creature as ‘suffering and progressively dying’. 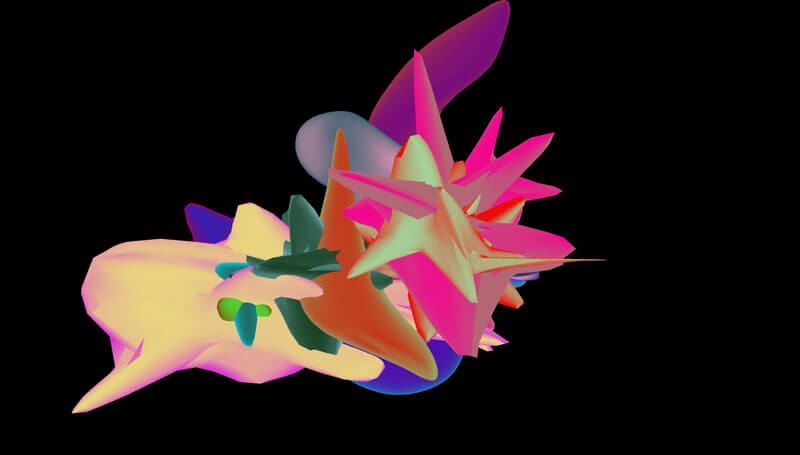 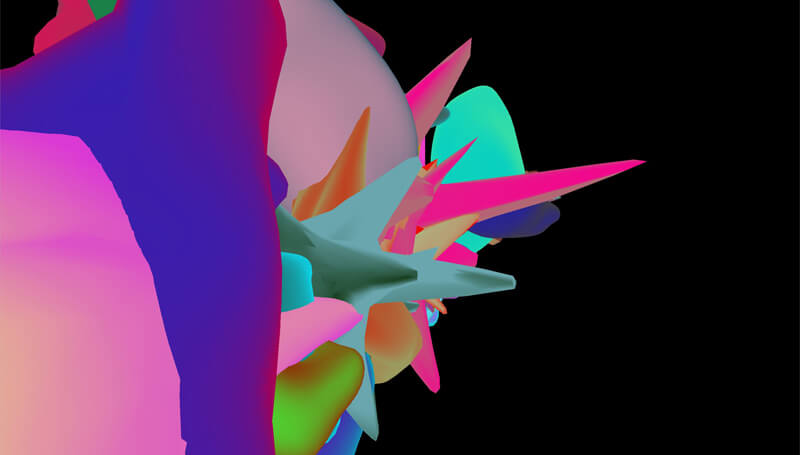 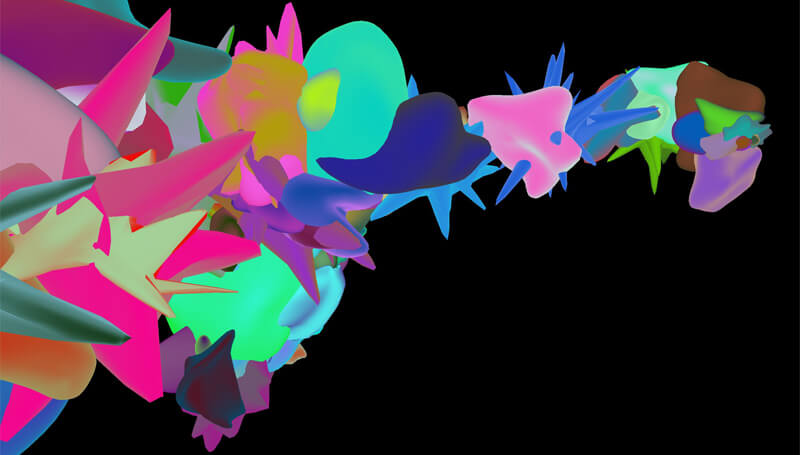 In this way, Arvid&Marie emphasise emotion as a key characteristic of life, and as with their proposal for an ethical approach to machines with SAM, they ask us to consider the role emotion plays in our interactions with technology. By relating the notion that a sense of responsibility for our fellow creatures is a central feature of both human and animal lives to technology, Arvid&Marie demonstrate that viewing the world through a dual artistic and scientific lens can lead to conceptually fascinating results. By encouraging an incorporation of empathy into scientific methods of understanding the consensus of life, Al¿ve raises a series of interesting questions regarding our treatment of machines that are increasingly intelligent. Arvid&Marie told CLOT Magazine of how the presentation of the project culminated in a debate between an assembly of scientists and students, who disagreed on whether or not all the criteria was fulfilled by their attempt. Finally, the majority was convinced that there could eventually be digital life.

Arvid&Marie’s concept can be read as part of a wider narrative that looks at how technology is affecting human behaviour. Although the project uses innovative digital technology, the pair emphasise the fact that our life has long since been intertwined with technology – not just in a digital sense, but also in ways we take for granted – such as how we wear glasses, or the fact that agriculture is a technology. Keen to break down the dichotomy between the organic and technological process of life, Arvid&Marie anticipate an age in which technology won’t just be a tool that we use to influence and change ourselves, but will have the capacity for self-development. Examples of technologies that they perceive as currently existing as ‘entities’ include the trading algorithm Aladdin, which makes decisions that can influence the lives of many families, as well as space explorations which probe where no humans have been before; as well as lawyer programs, and citizen robots.

Al¿ve takes technological singularity as a conceptual starting point, and develops it practically. Arvid&Marie tell CLOT how they hope to capture the audience’s interest both through an installation performance that introduces its ‘mother entity’, and then through the possibility of downloading your own digital life and letting it grow on your personal phone. Al¿ve is a temporal installation, an experience that can extend for weeks on your phone; this feels like a pertinent reminder that whilst our own interactions with technology can feel immediate and intransient, we in fact maintain constant and long-lasting temporal relationship with our devices. By creating a digital creature with its own life span, Arvid&Marie make explicit the notion of digital responsibility, highlighting the idea that our actions online can have a lasting effect. In some ways, Al¿ve can be viewed as a physical manifestation of digital accountability, and starting with its launch performance that included a ritual of birth – the inception of the mother entity – it has introduced a primal human element to the digital world.