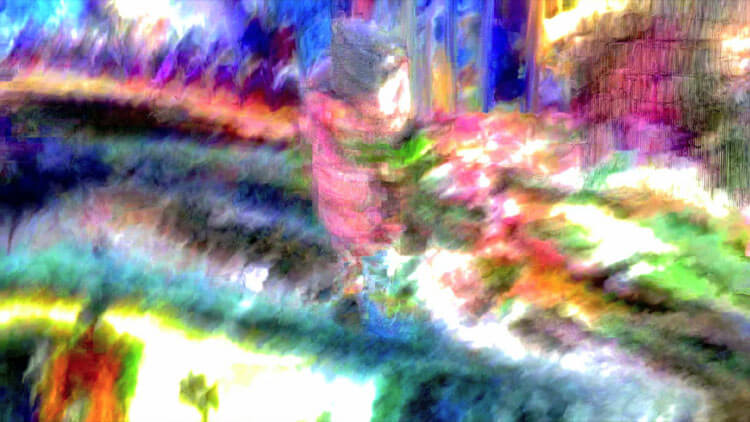 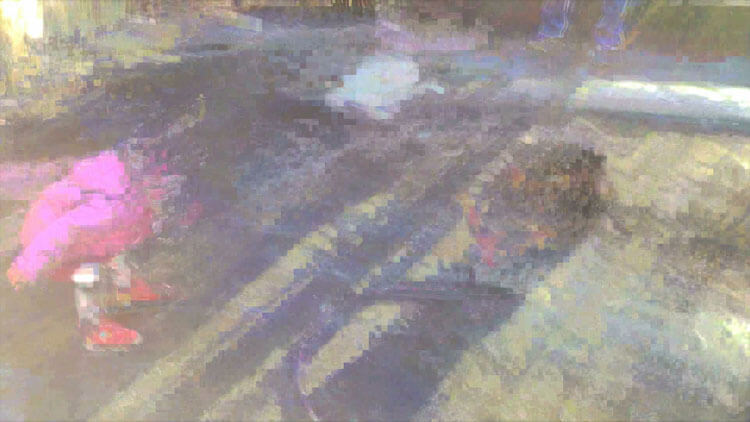 Dr. Yuichi Ito is a japanese sound and media artist, theorist and researcher. CLOT Magazine came across his work through an exciting collaboration project with Dr. Yoshimasa Kato, for which they received honourable mention in the interactive art category in Ars Electrónica, 2007. Neurobiology, cognition, sound vibration and sculpture blended and morphed into a performance within close interaction with the audience.

For that project, White Lives on Speaker, brain waves patterns from a member of the audience were processed from an electroencephalograph live recording into software that transposed them into an audio frequency output that was played through a speaker which contained a potato starch solution. Sound translated brain waves created different shapes and forms as sort of mutating little sculptures, one could be tempted to say in-sync with the observer’s state of mind. As the starch could also be touched and reshaped, the artists suggested it also could mean a way in which to physically interact with one’s own mind waves.

More recently, Yuchi Ito’s interests have shifted to the combination of datamoshing and sound. For fmi:Seq no.2 he developed a software in which images on the computer screen are used to generate sound, the computer is transformed into a performance musical instrument, where Datamoshing can be used as a mean to obtain new sounds. Reminiscent of Carsten Nicolai and Ryoji Ikeda’s work, here it is the mutability of images that generates the sound instead of the sound analysis producing dynamic visuals. Ito is also performing research-based work trying to extrapolate datamoshing concepts to human societies incorporating the notion of error deliberately induced transformation. Mixing image and sound Ito creates perfectly ethereal and eerie atmospheres, like in Don’t flatten. part 2.1 and Don’t flatten. part 5, which lay in that nowhere land between man and machine.

Your work as a sound artist and researcher involves sound, video, performance and new media technology. When and how did the fascination with them dome about?

Basically, I have loved music since (maybe) I was born. However, I did not have an opportunity to learn musical grammar and instruments before I enrolled in the university. Moreover, I entered the cognitive science department and studied many interesting, though this was not related to music.

In my second year, I had to select a teacher about whom to write a graduation paper. I looked for what is interested of me, and I discovered it in the Media Science department of my university, where also I discovered American composer Carl Stone. This was decide my way to become an artist and a researcher. Almost all of Carl’s music and live performances were generated by computer. This appeared to kind of magic to me. Therefore, I knocked on his office door and joined his seminar. This is the story of how I became fascinated with sound and performance using new media technologies.

What are your aims as a sound artist working in between technology and art?

My aim is to show another perspective of technology using sound and image art works. Often I misuse some electric devices. This creates noise and glitches, as well as we cannot imagine. I believe that this will reveal a new technological perspective and impact.

In White Lives on Speaker, a project in which you collaborated with Yoshimasa Kato, brainwaves were converted into sound and the sound waves translated into a sculptural manifestation. What were the biggest challenges you faced for its development?

I often create programs to generate my works. These computer programs almost always run the same. However, the liquid used in White Lives on Speaker was a very “raw” material. Therefore, the liquid’s condition changed every minute, made it a challenge to control and maintain a good condition. We had to test it hundreds of times in order for this work.

I focus on the glitches. Among them, I am conducting research on datamoshing that was achieved by using an error in a video compression algorithm. This algorithm is highly complex, so I feel it is similar to human society. I believe that datamoshing is one possibility for simulating society. Therefore I would like to simulate an error society by datamoshing and would like to see what happens to it. I want to confirm what we experience in that simulated society.

Business. I often have new ideas well up when creating my own art work. I need time to create my own pieces. Of course, busyness for creating art work is great.

Sound. Not just music. I love all of the sounds that we can hear in daily life. Of course, sometimes it is noisy. However, I’m happy when I hear a new sound that I never heard before.

(Photos and videos courtesy of the artist)