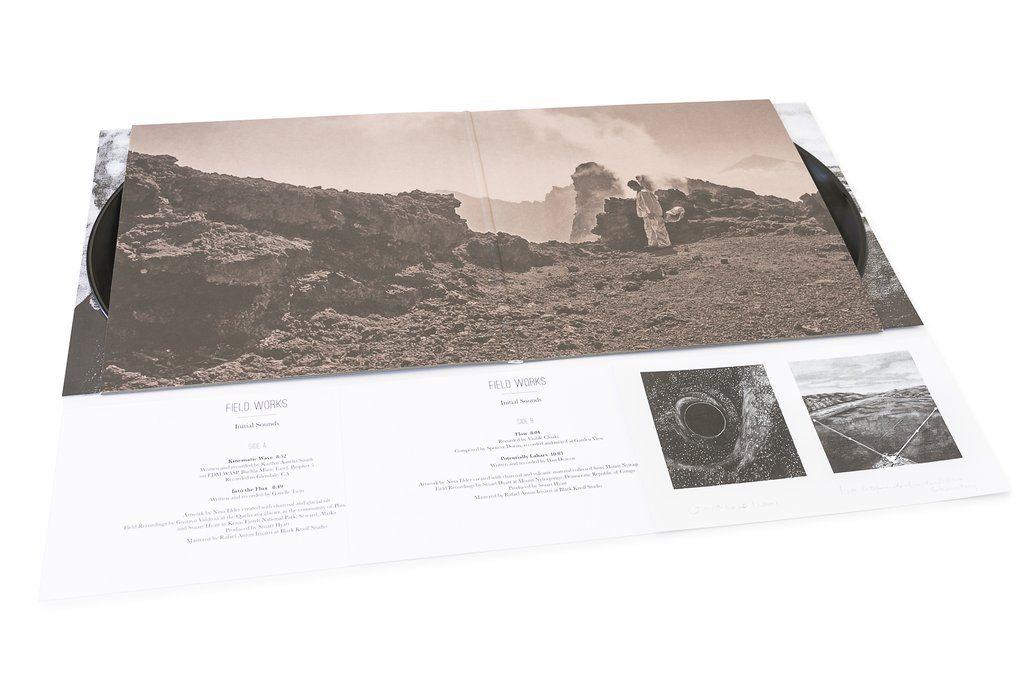 Field recordings have the capacity to capture and preserve the acoustic characteristics of places and people; usually confined to the realms of research and the most experimental artists, with new technological advancement we’ve seen a larger number of musicians using these in their compositions. There is also, in the current times, a heightened sense of concern for the preservation of our environment and what surround us. Stuart Hyatt has spent the last four years collecting these sounds and arranging them into uniquely site-responsive music. Inspired by Hyatt’s audio ﬁeld recordings, musicians from around the world [1] have contributed complex sonic narratives under the Field Works common moniker with over 50 new compositions to this massive collection.

Metaphonics: The Complete Field Works Recordings (out on 21st September 2018 in Temporary Residency Ltd) is a sprawling anthology of site-responsive music, imagery, and original text, spanning 7 vinyl LPs and a hardbound book.  Each album begins with Hyatt’s samples and soundscapes from a particular time and location, weaving them into musical phrases and ultimately into song cycles intended to give the listener a heightened and more nuanced sense of place. Hyatt shared with us that after those for years of compiling field recordings, he thinks ‘nature can’t be improved upon. It is perfect. The jaw-dropping complexity of our environmental soundscapes is something I am only beginning to grasp. As humans – and we are undeniably a part of this sonic web now – our contributions are powerful and should be examined critically’.

On 26 September 2018, the book will be launched at Iklectik in London. The event will feature readings by Hyatt, Yiorgis Sakellariou, and Stuart Fowkes. Live soundtrack and film by musicians Bob Hoffnar and Joseph Terrana. Janneane and Benjamin Blevins will share the book’s design. Peter Liversidge will unveil a new work made specifically for this event. Sandra Boss will present The Acoustic Appraiser. Jez Riley French will perform a sonic lecture. The evening will conclude with a special musical performance in complete darkness by Sakellariou.

(Photo courtesy of the artist)