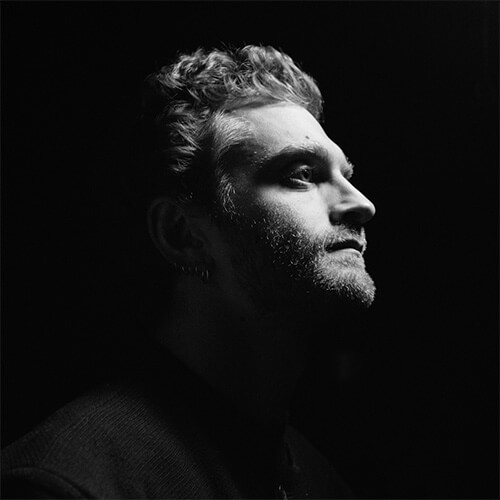 There is a certain type of drummer who has never seen eye to eye with technology. Rhythm and drum beats relate to something primal, even mystical, rooted in the very essence of humanity but since the advent of commercially available drum machines, the less creative drummer may have felt their days are numbered. Not so Greg Fox.  For the NYC drummer and artist, there’s always a further challenge: Greg has been integrating a generative system dealing with AI and machine learning, Sunhouse’s Sensory Percussion, into his setup and exploring its unlimited possibilities.

Greg’s style has always characterised by a brutal energy and honesty. The vigour of his drumming and relentless performances have been praised for years, but his practice is also based in control and craft and a search for something more profound, almost spiritual. He’s been releasing records since 2008, first with bands and collaborations including the black metal Liturgy, ZS, Ben Frost, Colin Stetson and Hieroglyphic Being, and recently more focused on his personal projects, Guardian alien and GDFX. It’s this latest with which he’s published his most recent album “The gradual progression” out this October. As a multidisciplinary artist and teacher Greg fosters an inquisitiveness for new technologies and overcoming electroacoustic and physical boundaries in his practice which led him to Sensory percussion.

Sensory Percussion is a revolutionary system for drummers based on machine learning (ML) algorithms. It was created by Tlacael Esparza, a professional drummer with over fourteen years of experience. Going into more technical detail, Sensory Percussion uses in Greg’s words “ML algorithms to differentiate between tambours produced on a single drum, and then it turns that drum (and set) into an extremely versatile, sensitive capable, MIDI controller, building a sympathetic architecture that responds to the way you drum”. The technology establishes a hybrid interface between the player and the instrument bringing the two a step closer.

Using Sensory percussion Greg has managed to craft an album full of powerful warmth and metaphysical complexity. The Gradual Progression, published on RVNG records is a trip into technical exploration, but at the same time its core lies in  “the humanist goal of social progress and its parallel pursuit of self-knowledge”.

This is not the first time that the artist has dabbled with technology. For his 2014 album Mitral transmissions, Greg worked with avant-garde jazz drummer Milford Graves to create music based on the rhythm of his heartbeat. Graves assisted Fox in adapting software that translated output signals from biological sources to virtual instruments, using computer medical equipment to obtain very high-quality recordings of the heartbeat. Rhythm is inherent to the human experience, it’s just there with us within our hearts.

Through his most recent work, Greg seems to be pointing out towards this relationship between the electronic, digital, and the analogue, adding a solid layer of inner reinvention and discovery.

The Gradual Progression, your new album, with influences from Pharoah Sanders and Don cherry feels beautifully complex and search of a metaphysical/emotional discovery through musical abstraction. Could you tell us a bit the intellectual process behind?

I don’t want to talk so much about my music. It has developed, over time, as a cumulative result of all the art I’ve experienced, made, and been influenced by – as well as the long and ongoing process of inner work along various lines, and similarly continuous refinement of my technique as a craftsperson

How did you become interested in the new technology sensory percussion and what made you incorporate it for The Gradual Progression?  and What were the biggest challenges of using it? Has it changed the way you approach your drumming?

Sensory Percussion was a great gift bestowed upon me by my friend, the great drummer Tlacael Esparza, who invented and created it. The introduction of Sensory Percussion into my art practice changed the way I approach, access, and follow my creativity, and it continues to do so increasingly as I get more time with it under my belt. I feel I have developed a particular approach to using it that allows me to tune into large swaths of virtual territory that I had not previously been able to explore.

“The Gradual Progression” is a snapshot of a moment alongside my creative path, about a year ago, where the work reached a point of preeminent culmination. The exploration, experimentation, and practice I had been developing since being introduced to the technology coagulated and felt like a body of work. That, combined synchronically with the generosity of the people who play on and helped bring the music to life and capture it in the recorded moments, is this record, which I for the most part like very much. In the year since making it, I have continued along this path, and it has led to many discoveries and exciting new territories. I plan on getting to work in the studio sometime before 2018, time and energy permitting, to craft the follow up to TGP. I am excited to get to work on the next one without facing the same initial hurdles regarding how to work with this technology in a way the best suits the creativity and the collaborative opportunities inherent within.

I think it’s important right now for artists that anyone cares enough about to interview – thank you for being interested in my work – to make some attempt to engage in and address the geopolitical (or sociopolitical, or however you would call it) situation we are all facing right now. I’m not sure what the answers are or what exactly to do, but I think talking about it is at least better than not talking about it, for fear of it being a bummer or uncool or something. I feel like we all have a sense of what some of the problems are: the fossil fuel industry, big agriculture, the military/industrial complex, climate change denial, structural racism and sexism, a lunatic pathological narcissist in the white house, to name a few… Thinking that “the world” is only for humans, to the extent that we are willing to do anything about our situation… Maybe apathy is the biggest, scariest thing. I think people should find ways to participate and get active, at the very least by voting and encouraging others to vote who otherwise wouldn’t.

I learn a lot more from talking to people about what they think than from spouting off my opinions. So I want to have these conversations. I think I’d rather talk about that than my music. Listen to my music; I genuinely hope it does something for you or inspires you in some way. That would make me happy. Increasingly though, I think I would rather talk about something more constructive than myself and my art, given the opportunity.

I think the chief enemies of creativity are self-doubt, second-guessing, fear, and laziness, generally letting negative emotions or impulses take the wheel instead of maintaining control in a higher place. But then again all that can serve their purposes for the process in various ways.

I can’t seem to live without my hometown, NYC – family, friends, music, pepperoni pizza somehow remains a vice I can’t shake despite knowing better and being somewhat lactose intolerant… being able to rest is vital. I need my downtime, my alone time. also, having fun, enjoying life for the sake of enjoying life, without any greater significance. Sometimes I find that to be a bit difficult. getting exercise, and feeling like I’m using my time well. 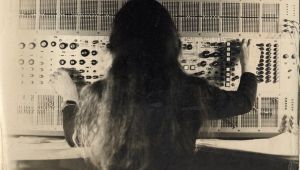 ‘Voltages, Buddhism & an infinite listening: a tribute to Éliane Radigue’ by Miguel Isaza 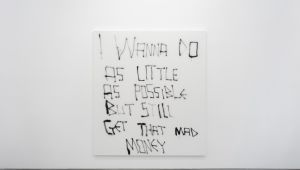 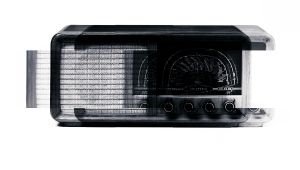