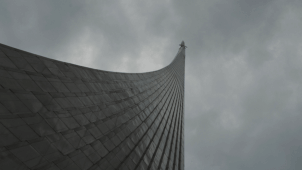 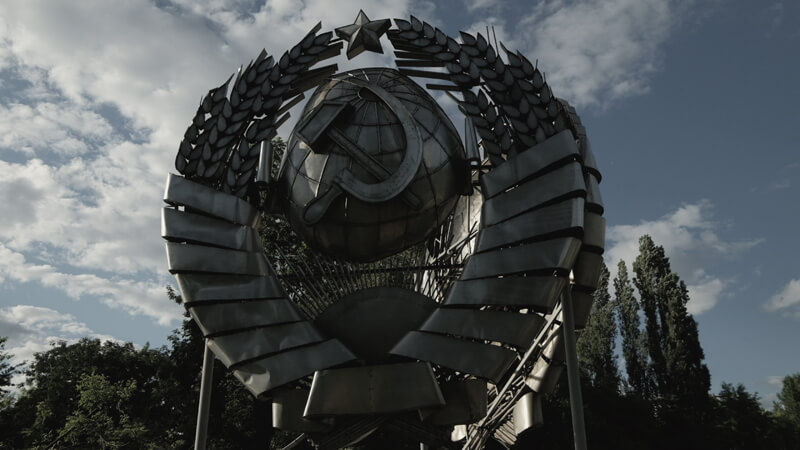 This November marks the 100th anniversary of the Bolshevik Revolution, the overthrow of the Provisional Government in Russia and the installation of the first Socialist Republic in the world. As the state-mandated ideological reforms swept through the country, older cultural movements were replaced by the teaching and practice of Communism. Among the movements lost was Cosmism, a philosophy centered around the work of Nikolai Fedorov that held that the ‘common task’ of humanity was radical life extension. Cosmists took human migration to space as an inevitability and closely studied resurrection and immortality. They also created an ethical and moral system that emphasized fraternalism and responsibility by combining Christianity and asceticism with Russian mysticism. While the Cosmism was largely abandoned in the cultural upheaval of the Bolshevik Revolution, its ideas influenced Soviet science programs, the cryonics movement, and transhumanism philosophy.

With a careful eye to the past Michaela Büsse, Konstantin Mitrokhov, Alina Nazmeeva, and Jariyaporn Prachasartta, recent graduates of the New Normal program at the Strelka Institute, conceived COMMON TASK / ОБЩАЯ ЗАДАЧА. Using Cosmism as a launch point, they speculatively posit a future wherein Cosmist’s ideas are reworked into a cybernetic Russian eutopia. Here, humanity’s ‘common task’ of radical life extension is achieved through a systemized network of virtual backups – immortality through a digital proxy.

As self-identifying as ‘Neocosmists’, their work envisions a world with many of the trappings of contemporary life. Government surveillance packaged in the gloss of security and nostalgia, the valorization of the quantified self, and technofetishism with near-religious fervor are all found in their speculative future as well as our realized present. What are we to make of the startling similarity between our present and this future? The answer to this question is best answered by the designers themselves, “what we perceive to be reality is just a matter of perspective and interpretation.”

For those that are not familiar with Common Task, what is your background and your common interests?

Konstantin is a media artist with a focus on photography and video works, Michaela a design researcher with a background in speculative narratives and prototyping. During the course of The New Normal we both developed a fascination with the so called “post-anthropocene” and its implications. To be more precise, we tried to get our heads around what it means if we, as humans, are not the radiant centre  and intsead consider if other species have agency over us, e.g. machines becoming smarter than humans.

Benjamin Bratton also refers to this notion as the “Copernican blow” or a shift that is needed in order to cope with this situation must result in a reassessment of ourselves. Our aim was to create a piece that addresses a twisted, obedient relationship to technology. Common Task is not only the concept of quantified self taken to its extreme, it’s first and foremost a belief system that places the commons of data over the individual. Russian cosmism was a great inspiration and an even greater fit, since it addresses essential questions of the human condition on the intersection between technology, philosophy and spirituality.

The leading question of our proposal is what would have happened if cosmism wasn’t forgotten after the October revolution aiming to illustrate the arising alternative system of Neocosmism via its rituals, the twisted, spiritual relationship to one’s data and an alternative visual language. Could you expand on the intellectual process behind the project?

Our short film Common Task speculates on an alternative Russian history which combines and embraces Russian cosmism, Soviet cybernetics, and technofetishisation. The story is narrated through the eyes of a neocosmist — an inhabitant of this alternative system. Neocosmism, like cosmism, promotes immortality as the common task of humankind. While cosmism was dismissed as being over-spiritual, neocosmism raises the question of how its original ideas could have lived on in symbiosis with cybernetics, the quantified self movement and fetishisation of technology.

In order to achieve immortality neocosmists strive to overcome the human, bodily condition and eventually become post-human or, to be precise, virtual. They aim to do so by performing extensive data gathering and daily back-ups in the hope that one day their consciousnesses will be simulated and networked within a virtual, post-body society. Our project is highly speculative and should not be considered an actual proposal, but our aim was to link it as closely to the Russian past and present as possible. And some aspects of the project seem reasonable to us. For instance, we establish neocosmism during Perestroika, which marks the decline of the Soviet Union. The planned economy didn’t work out the way the Soviet government imagined it due to the insufficient data and computational power. Neocosmism enters the stage not just as a belief system but also a means to revitalise the stagnating economy. Being able to collect every citizen’s data is an acceptable gift (and of course a double-edged sword) for building better models.

Also we draw upon a long history of cybernetics research. A prominent site in the short movie is the Institute for Robotics and Technical Cybernetics in St. Petersburg. Naturally, Russia had to be the place of birth of this concept since its culture is not only strongly influenced by Russian orthodox church but a well-advanced technological infrastructure. Faith, tech and communist/cosmist thoughts come together easily.

Whereas Nicolai Fyodorov and other cosmists from the late 19th century promoted a very materialist approach to the philosophy of existence, we argue from a very nonhuman point of view. In Common Task the human is basically a data carrier, the system doesn’t care about the individual but about its data. Still, it stays open if something like a mind upload or simulation after the physical death will work one day. Our aim was to intensify the thought of how far the belief in something can take you. This is where the project becomes humanist again. For us,the crucial point in both cosmism and neocosmism are its techno-spiritual powers. What’s interesting in this context is that cosmism was the driving force behind Russian space travel, not because Russia wanted to be on the forefront, but because in the cosmist belief the resurrected humans will fill the earth so quickly that there is a need for more space. Consequently, we have to colonise space. Today, we can observe similar forces in the context of transhumanism. Cosmism seems to be rediscovered in Silicon Valley.

What was the biggest challenge you faced for its development?

The creation of an appealing, engaging and comprehensive storyline was quite a challenge. We worked on the worldbuilding for a long while and got very attached to all the little details within the neocosmist everyday life. After a while you tend to forget that you can’t take for granted that people actually know about cosmism at all. So the process of finding the right way to explain the context, tell the story and make a point at the same time meant much of a narrowing down, letting go of essential parts. It might be similar to the experience one has when watching a movie after having read the book.

There are these little elements you really liked about the fiction, but they might not be necessary to tell the overall story in only 90 minutes. In our case, we had to tell the story in 12 minutes. But we hid some allusions, like a paraphrased quote of Fyodorov, only for us and those who might know. In the end, having been able to deliver the message we aimed for is the best compensation.

What impact do you think taking part into the New Normal program is going to have in your practice?

It already had quite a huge impact on our private and professional lives. Having had the possibility to work in such a challenging and inspiring environment with cutting-edge faculty raised our ambitions and expectations. Thus, Common Task is not only our final project, but also the starting point of a new collaborative practice. We are in the middle of establishing a research studio — a production and conceptual framework for self-initiated and commissioned projects. The core of our approach is a subversion strategy which questions common beliefs and structures through the means of alienation. We will keep on exploring the alien other and how it relates to us and our understanding of the world we inhabit. Also, we will engage with a range of different media and storytelling approaches to create more alternative realities including machines, systems, microbes and other yet unknown species.

Of course the later. Creating fiction benefits from a bit of madness, accidental encounters and the ability to grasp and be grasped constantly anew.

Sun. Not only it keeps you happy and healthy, but according to early cosmists, human history could have been directly influenced by sunspot activity cycles. This idea was theorized through the transdisciplinary research in physics and history by Alexander Chizhevsky.

At some point in his academic career he worked closely with Konstantin Tsiolkovsky — one of the very few people who were discussing the ideas of cosmism with Fyodorov himself. However, the interpretation of the Bolshevik Revolution through the prism of Chizhevsky’s Physical Factors of the Historical Process wasn’t quite in line with the communist party’s ideology, and he was later sent to a labour camp despite his scientific contributions. Hopefully, in this century there’s enough space for accommodating his views on the history of humankind.