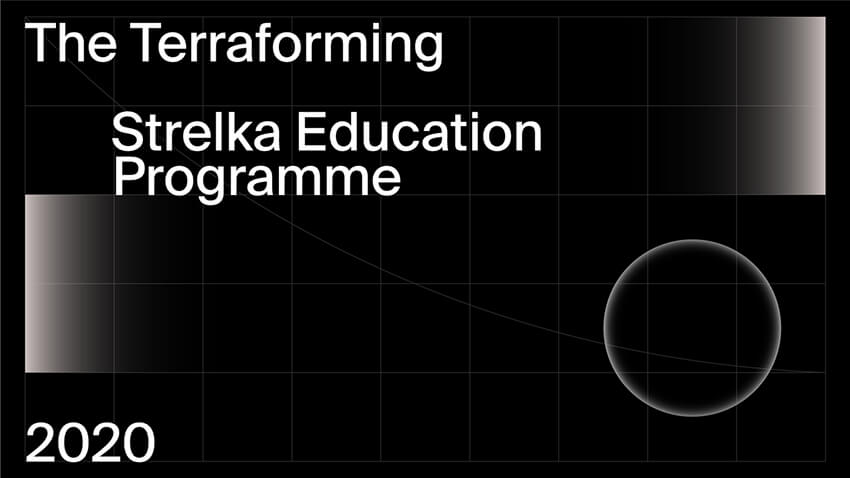 ‘Planetary Change, On Benjamin Bratton’s Terraforming and the Strelka 2020 programme’ by Tony Cho

While the term ‘terraforming’ is usually reserved for the extraterrestrial, Benjamin Bratton, the director of Strelka Institute and author of the New Normal presents a manifesto for his new programme under the name Terraforming. In this manifesto, Bratton lays out a vision for building a future capable of sustaining Earth-like life, in a time where most futures are only envisioned to avoid. This manifesto comes at a very opportune point in time where the effects of human impact on the Earth cannot be overstated. At this critical juncture, Bratton makes a compelling philosophical argument for the type of critical lense people should adopt about the future.

The manifesto spans a variety of subjects, from automation, anthropocentrism, surveillance, energy, and capitalism as subjects of examination of the current climate crisis. These factors and the attitudes people have toward these concepts seem to be where Bratton wants to make his distinctions clear.  For many of these subjects, Bratton’s view is nuanced, understanding that technology and the perception of certain technologies or mechanisms of control seem to be unpopular or not critical to the greater environment. However, on most of these subjects, Bratton describes the need to either embrace technology or to embrace the exponentiality of technology as a way of creating a vision for the future.

An example in his work is the notion of automation. For Bratton, automation is not a word to be feared but a word that holds great utility and potential. For example, Bratton states that The mechanisms of algorithmic governance itself need to be far less anthropocentric, far less mobilized around individual wishes and wants, and far less fixated on micromanaging human culture. For Bratton, the prosthetization of state and governance is simply the only way to move away from an anthropogenic and human-centred existence. It is not people, but computers who will be crucial in adjudicating the viability of our ecosystem, human and non-human. After all, it is through data that people are now able to understand the extent of the climate crisis and it is through the outsizing of technology that such data could be made available.

While Bratton makes an extremely compelling case for a technocentric future, he seems to de-emphasize the influence and power of geopolitics and economics in building the new vision for the future. Believing himself that political and economical shift will come forward as technological shifts make way (Terraforming 79), Bratton believes that political and economic shifts are only made once technological ones are. For many cases, this is the most rational answer. For example, the planetary support of nuclear energy over fossil fuels, or the idea of planetary surveillance of data to watch for environmental factors. However by concluding that technological shifts are the only catalyst required would be to sell the other factors involved in massive change very short. For example in the case of nuclear support,  where to store nuclear waste is not a simple issue of overrun nimbyism, but a much more serious question of what new sets of behaviours must be adopted to live with nuclear waste. Aside from the scientific facts, the very idea of how much nuclear power should be made and how it should be regulated is not necessarily technological concerns, but ones that concern politics and economy.

One only has to look at the Fukushima disaster to see that unplanned nuclear waste becomes a transnational, and planetary headache very quickly. And while Bratton may suppose that technological shifts can help reform politics and the economy, shifts in belief and behaviour may be much more important indicators of change than technology. While the severity, vigilance and seriousness in which Bratton proposes to implement technological shifts with swiftness is a truly authentic and necessary spirit needed for envision a working future, there should be room to consider what happens when technology goes wrong and science doesn’t account for real-world occurrences.

What is clear (and refreshing to hear) is that for Bratton, there are realistic actions that can be taken to combat the lack of a future in the postmodern era. And for all the doom and gloom of ecological crisis, political upheavals, and a damning economy, the romantic notion of ‘going back to the way things are’ is not an option for the Terraforming programme.

ROBOCOOP, a provocative and reflexive approach to design 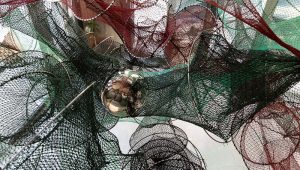 Panel Discussion: Window to Europe. Did Moscow Manage to Find a Common Ground with Foreign Architects?