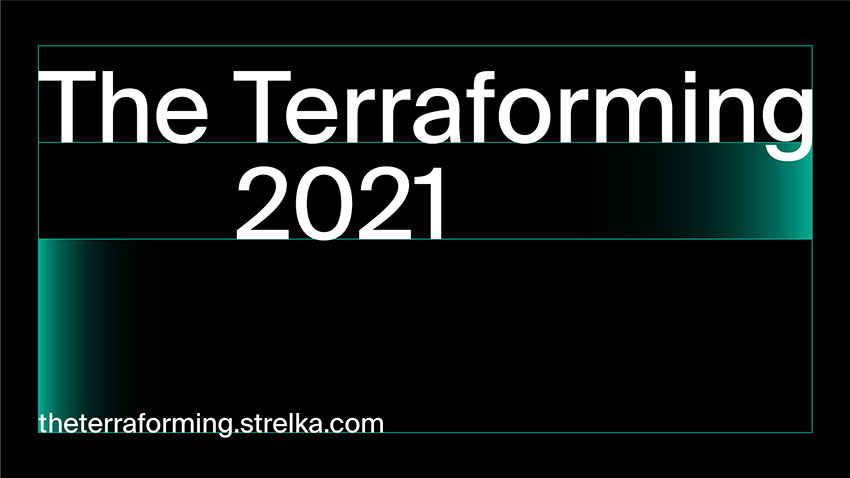 The Terraforming is a three-year design research initiative and think-tank of Strelka Institute for Media, Architecture and Design directed by Benjamin H. Bratton. Each program cycle runs for five months with a group of 30 Russian and international researchers. The Terraforming explores the geotechnical, geourban, and geopolitical conditions by which a viable planetarity can be conceived, modelled, and articulated.

Populations will consider the question “Where will the people go?” During the pandemic, many resorted back to their country of passport, but this “great filtering” only highlighted how artificial that logic is, and how much alternatives are both needed and possible. Zoning Earth will examine the myriad of ways that the planet is formally subsectioned, both spatially and temporally. Once more we are interested in alternatives to the present arrangements, and also how the urban planning logic of functional zoning might be applied at the planetary scale. Anthropoforming is the process by which humans remake themselves and by which they are continuously remade by their environments. We are interested in the ways that planetarity is composed at biological, epidemiological, and prosthetic scales. Modes of Planetarity expands our work on “the planetary” by explicitly staging a confrontation between two modes of “planetarity”—the philosophical and the astronomic—so as to consider how each could, and should, correspond with and reinforce the other.

The Terraforming 2021 invites applications from young professionals with various backgrounds and work experience in the fields of architecture, urbanism, design, filmmaking, journalism, digital media, philosophy, political science, social studies, and other fields. If you want to check Bratton’s year presentation you can check here.

The program is tuition-free and researchers receive a monthly stipend.