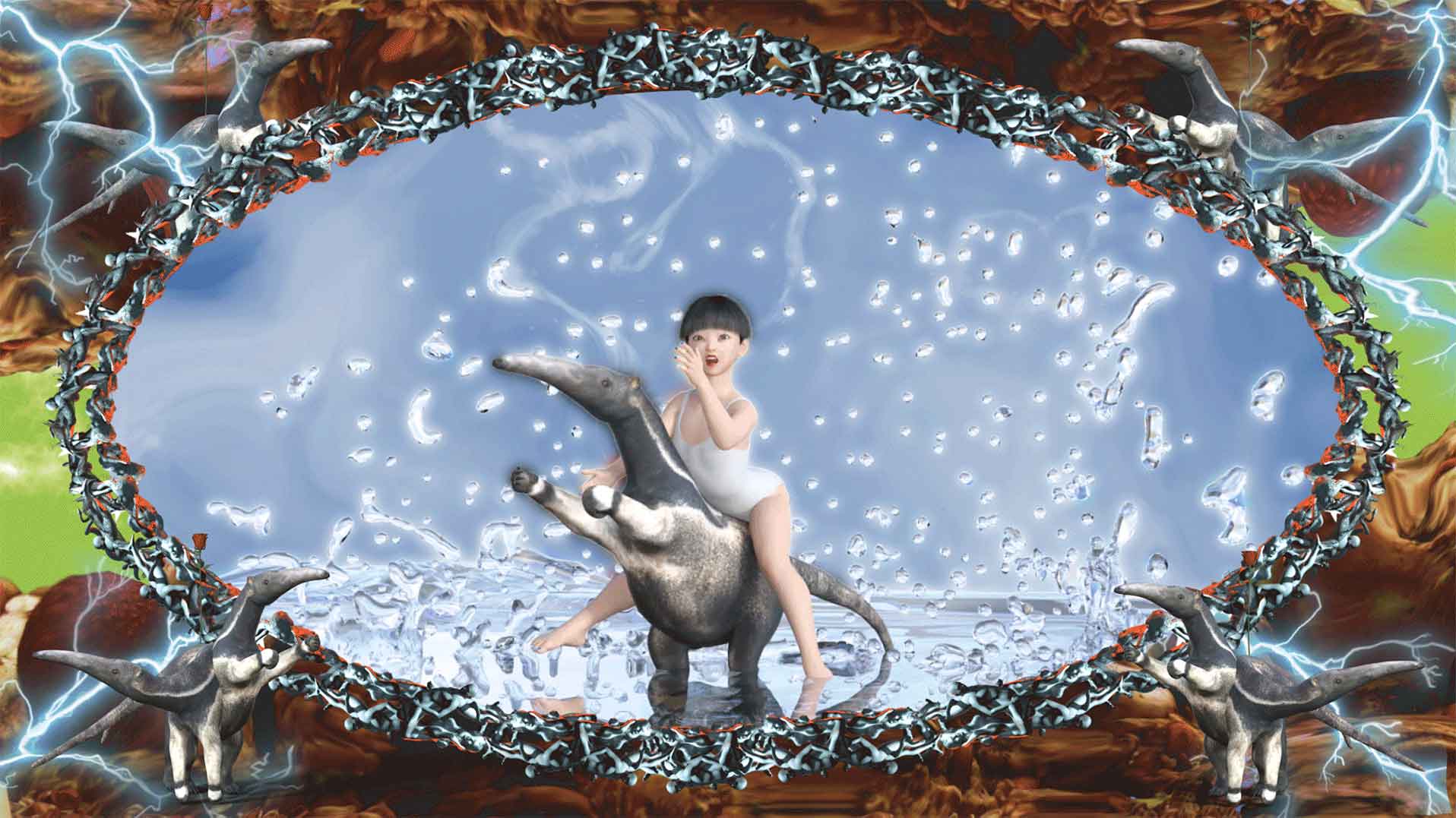 Virginia Bianchi Gallery merges the digital with the physical, posing itself as one of the first Italian art galleries experimenting with this field and opened its “virtual doors” last September 2020 as an entirely digital, experimental art space.

The gallery focuses on contemporaneity and on the exhibiting artists’ perception of life in the 21st century, in an attempt to better understand the relationship between contemporary culture and digitalization and aim to explore the unconventional and unusual, in an attempt to renovate the art world of the future.

The exhibition The Anteater’s Transmutation builds on Wednesday Kim and Giuliana Rosso’s practices and on their research in human consciousness and its shadows. Both artists focus on subconsciousness, on that ‘dissociated nuclei’ of the human mind that psychoanalysts believe is the spontaneous result of strong emotional experiences. The result is a parallel reality inhabited by weird figures the human mind inadvertently produces, to non-places that exist only in the brain of the dreamer.

Wednesday Kim’s Nocturnal Sounds (2019) is a distressing survey of the images and noises that arise in Kim’s daydreams and nightmares. A 3-minutes-long video produced in collaboration with sound artist Nigel Wilson that encloses visual and audio snapshots of scenes that originate from Kim’s subconsciousness informed by childhood trauma and disquieting memories.

Giuliana Rosso’s practice involves research on the hidden corners of human conscience. Her pictorial investigation is not explicit and the narrations she conjures are mysterious and allusive. Rosso is presenting three artworks —Trasmutazione (2020), La Fine e l’Inizio (2019), and Se Non Sai Cosa Dire (2018) — which are an exploration of the relationship between herself, her work and the digital space.

The Anteater’s Transmutation is on view until the 28th of October on the digital platform of the gallery.