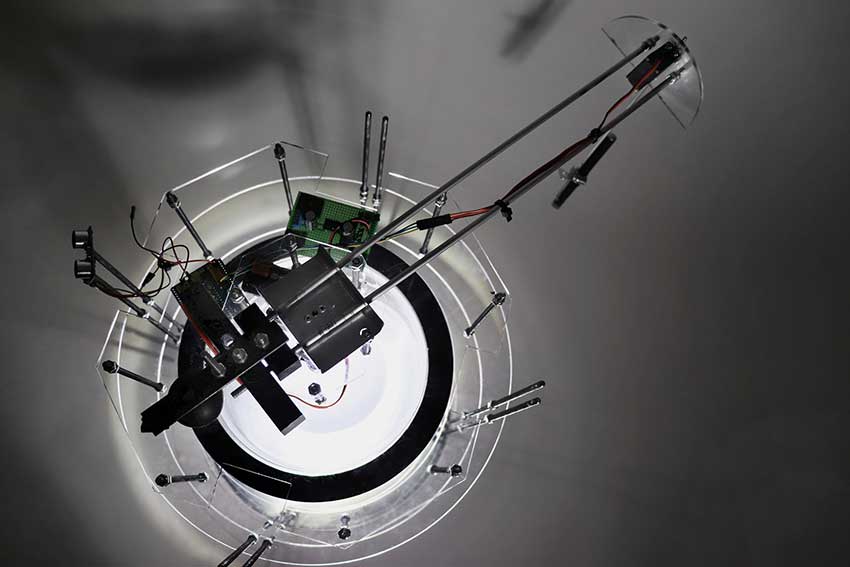 Reina Suyeon Mun didn’t plan to become an artist. After spending years preparing herself to study engineering physics she was struck by the thoughts that the time she would spend in exploring art and design would be over after secondary school. It seemed like a very trivial reason to turn down all my offers during the time, but I have not regretted the decision so far. Since then, I tried different ways and mediums to incorporate my interests in theoretical physics into my work. Hopefully beyond just a mere visualisation of a phenomenon. Reina Suyeon Mun explains over the email.

Reina Suyeon Mun’s topics encompass from physics and architecture to gender identity. We think of gender expression as something unique to human. But broad-scale of environmental conditions in the forest shift the gender sexuality of the animals. What if humans are the same in response to the environment? The forest I interpreted reflects the gender identity of a person based on a subconscious construct of gender stereotype online. She says to introduce Word2gender Spatial Installation, a project in which she uses word2vec to reveal implicit gender stereotypes online.

Space and time are the main topics in projects like Timeless Probe and ∆(x,y,z,t) on Lorentz Transformation. Space is infinity and time ticks on incessantly. We have been always taken space and time for granted, but when in 1915 Einstein formulated his general theory of relativity, this changed. Einstein found that space and time were interwoven into a single continuum known as space-time, which means events that occur at the same time for one person could occur at different times for another. The Laser Interferometer Gravitational Wave Observatory spotted the first confirmed gravitational wave on September 14, 2015, and the second on December 26 which provides evidence for pairs of black holes spiralling inward and colliding [1]. This is why Einstein in one of those scientists that everyone is fascinated with. Or should we be more precise and say that it is actually Einstein’s theories that fascinate us?

I was lucky to have people to talk to on the topics around theoretical physics. The concept of space-time was one of the many ambiguous ones I encountered. It was a bit uncomfortable to have it being ambiguous. It was a mix of my urge to have a better resolution on the idea and the complete different descriptions people made about space-time in their everyday life. Reina Suyeon Mun continues on why she is so fascinated with space-time.

One of her projects that take physics and Einstein as inspiration is Timeless Probe, an interactive device designed and made to create a narrative of Einstein’s model of space-time: the block universe. Time is not a flowing entity. It is just like any other spatial entity: x-coordinate, y-coordinate and z-coordinate, it exists in the form of all possible coordinates there exist for any observer to the plot. The t-coordinate that one observer is plotting depends on the kind of interaction or motion he or she takes at the current coordinate of t. Reina Suyeon Mun explains about the project. Following Einstein’s theory, she made several trials attempting to simplify the concepts without losing the key points that she wanted to highlight in Timeless Probe like how space-time is perceived as far as the observers perceive both space and time, all entities of these (x, y, z, t) are in form of coordinates.

Theoretical physics is not a subject that merely describes a phenomenon. I feel that most of the discussions can evolve into a philosophical and sociopolitical one. I really cannot tell if this is a coincidence or not but the more a person read into the subject, the more it gets tied into the kind of debate that has been opened up from another realm. I think this intention is much clearer in ‘∆(x,y,z,t) on Lorentz Transformation’. The narratives I developed in both of my work as possible as physics has changed the way I read and look into some of the things. The attitude I had to take on the preconceived ideas when doing the project also helped me in how the narratives can be evolved. Mun continues.

Reina Suyeon Mun’s interest lies in interactive new media and time-based media and these two projects are only the starting point to explore further into the fields that she would like to touch upon.

Website https://www.reinamun.xyz/
(Video and images courtesy of the artist)