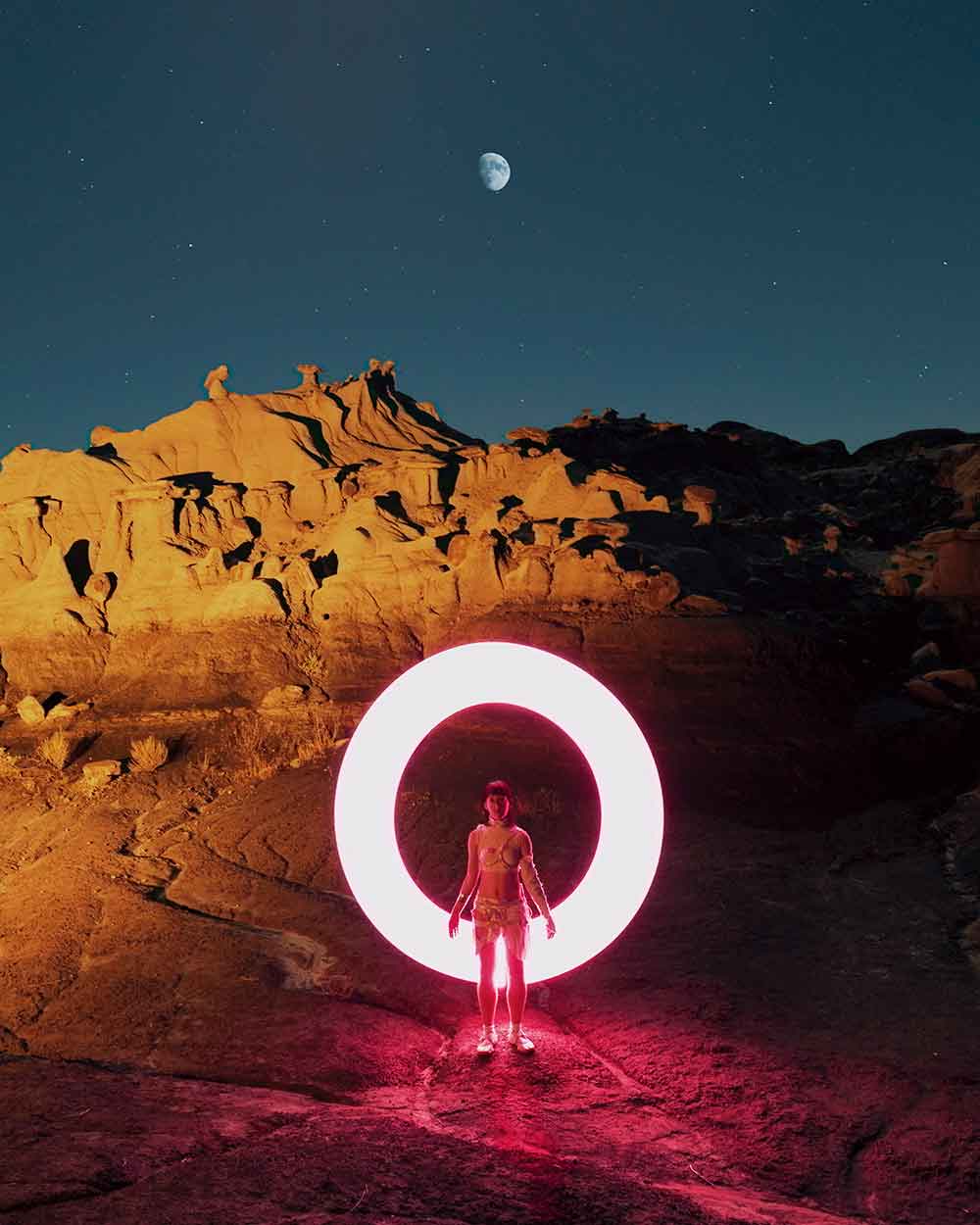 El Hardwick’s debut album “8” is dropping on November 20th on 33-33. Calling it, a concept album falls short; it is an epic sci-fi cautionary tale told through the mediums of song, poetry and photography. “8,” tells the story of a world doomed by the climate crisis, where technocrats incite people to give up their bodies, upload their minds to a server and migrate to cyberspace. But the borders to cyberspace are policed by an algorithm that determines who is deserving of entering cyberspace and who isn’t. Those deemed as less worthy are left behind to perish on an earth that has been completely sucked out of all its resources. In response to this, a group of cyber-hackers sends a virus to destroy the servers, and a war is declared by those in power.

Science fiction acts as the perfect container to carry this story, for it allowed El the space to reflect on all of these intertwined political crises, largely the climate crisis and digital justice while leaving space for another parallel, more personal narratives. Similarly to how we seem only to be able to fully comprehend and tell the magnitude of a crisis when we look at it in hindsight, El finds that by recontextualising crisis into something fictional and otherworldly, it becomes a mirror of sorts where one can comprehend crisis even more so than by reading it as a news story.

The 12 songs that form the album were written and recorded between 2016 and 2018, and on the El’s hazy voice takes us on a cyclical journey through dreamy soundscapes, where side A creates, and side B destroys. The book that accompanies it includes a collection of photographs that reminisce about a cyberpunk aesthetic and are an allegory to nature’s ancestral landscapes. Like a modern-day romance, a series of poems guide the story. Both the songs and the poetry are written from different narrative perspectives, showing how there are never only two sides to every story but multitudes. Stemming from ideas posed by author Ursula K. Le Guin, Hardwicks “8” intentionally moves away from the patriarchal, capitalist linear narrative style.

A thread that runs through the whole project, as El weaves ideas that ponder about border policing, data bias and the powerful declaring wars and controlling mainstream narratives, is that political crises throughout history seem to repeat themselves over and over, only changing in form.

One of the first tracks to be made for the album in 2016 was Bitter Lake, inspired by the Adam Curtis documentary with the same name. The documentary looks at war in Afghanistan and the running threads that go back to how remnants from one Saudi Arabian oil deal decades and decades ago led to this present crisis. The track, El tells, looks at the war that was declared on Isis at the time, which felt like yet again a further echo from the Global North’s continued military interference in the middle east. We know by now that wars and these constructs of good vs evil don’t resolve anything, they only create deeper rifts in the communities that they are claiming to save.” In “Bitter Lake”, Hardwick reflects on grief, which “unlike apathy, is a necessary reaction to what is happening to our earth — because, in grief, there’s a relationship that recognises a real loss.

Often when we think of the Internet, it is as the technocrats’ utopian dream of a democratic new world that they are building says El. But particularly in the past 5 years the veil has been lifted and we know we cannot understand the net as neutral; we have started to see how all the issues and biases we see within our world are only reflected further on the internet. The very material foundations of this widely thought of “wireless” network, as Nicole Starioselsky pointed out in her book The Undersea Network, is a submarine network of wires that follows the same routes as those that colonial traders did. And so, the digital space is far away from being democratic, its foundation reproducing a map of colonial power. With “8”, Hardwick takes a sci-fi narrative that we have seen many times before, the colonization of outer space, and places it in a different context.

For me, the idea of colonising the internet and this kind of policing of migration into cyberspace felt like a modern age way of looking at these issues, that also recognises the colonial histories of these digital technologies. I was interested in bringing the climate crisis into this digital context because it is interconnected with it as well. Cyberspace and electronics rely so heavily on the mining that takes place in so many countries that were former colonies.

Having worked on this project for the span of 5 years, 2020 feels like a very fitting year to release it, where disturbing news keeps on piling up. It is easy to fall into a pool of apathy, a feeling that Hardwick knows well but is finding ways to fight; “through the process of making this album”, Hardwick says,  I realised every single one of the issues that I’m looking at in the project, which I think are responsible for the climate crisis, link back to capitalism and colonialism. And I feel like by naming the systems that have created this, it feels easier to tear them down and be hopeful that they can be torn down.

El believes that in order to restore the planet we need to restore our relationship to the earth. “8” looks at the reverse of that, what happens when you totally lose that relationship, what happens when you give up your body and that relationship doesn’t matter because human survival is more important than the survival of our other-than-human kin. I want to continue making work that focuses more on how we have these relationships. “8” is the cautionary tale, and next I’m ready to tell the alternative story of something hopeful.

To celebrate the release of ‘8’, El Hardwick is holding a print fundraiser until the of 13th November. All profits go to The Advocacy Academy. 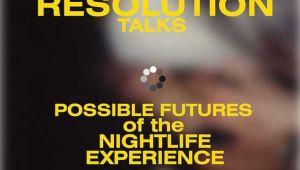 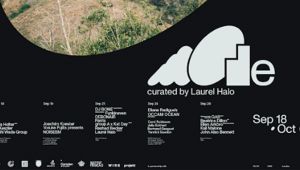