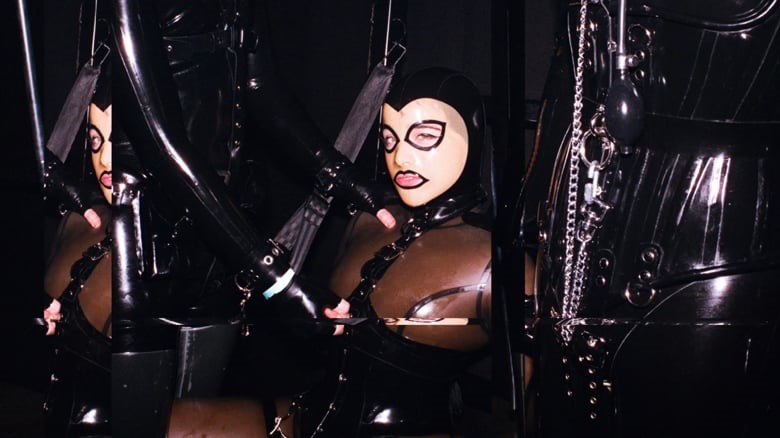 Insight: Cybersex versus virus, a digital night at Klub Verboten

Iconic latex/leather fetishism that constitutes the visual identity of Verboten turns into biodesign of external membranes. Process of separation from infectious body liquids, by means of protective layers of techno-fetish gear, probes the screen-lit fluids within the round boundaries of Petri-webcams. Being a part of broader media culture of mutant body simulations that transform sex into fantasies of biotech manipulation, Verboten vs Virus event orchestrated an online laboratory in which not only sex is completely free from the possibility of reproduction but also the desire to replicate is free from sex.

Viral microbial agents are present at work during human conception and perhaps animate the first splitting of fertile cells in women’s wombs, according to the theory of virolution by Frank Ryan.[1] Human reproduction has been always assisted by viruses and perhaps their active presence during the fertilisation is a relic of replication technologies that evolutionary precede sexuality. Viruses have played a key role in the emergence of the whole of multicellular life on the Earth, employing direct slitting mechanisms into DNA.

Probably throughout the whole history of evolution the mutating species are submerged in the microbial networks of “great evolutionary forces, such as symbiosis and hybridization, (which) are of a vital importance,” explains Ryan. In his theory of virulotion he introduces “a very different perspective of evolution than selection working on informationless noise.” Viruses act beyond natural selection and random mutation as they perform “natural genetic engineering” (a paradoxical term in itself) by transferring key genes between the nuclei of plant and animal cells. Confronting the virus, Verboten sex party taps into the primordial forms of desire older than sex.

Exploring the subject of the separation of sex from natural reproduction, Luciana Parisi offers a technological concept of “abstract sex”.[2] She claims that the Internet-mediated communication and simulation of sex accelerates the separation of sex from natural reproduction, but also separates the spectacle of sex (fetishism) from the actual bodily contacts. At the same time, Parisi points out that the “disappearance of male and female functions of reproduction” through cybersex is parallel to the development of human cloning technologies. At the dawn of the 21st-century civilization, the most advanced media together with the medical infrastructures facilitated a revival of the microbial forms of reproduction for techno-humans. Verboten performs abstract sex online in parallel to the erosion of human sexual reproduction performed by biotechnologies such as genetic engineering, alongside the diversification of cybersex techniques and gender-fluid trans-sexual tendencies of humans in the highly mediatised environments.[3]

Verboten vs Virus obviously lacked the main value of sex events that is the direct body contact (apart from the very few who had their partners in front of webcams) but this lack can be the basis to formulate an Internet-grounded understanding of fetishism. It opens a void of tremendous longing to penetrate the digitalised bodies via the orifices of the screens. Virus-bot-en media sublimation of sexuality flirts with fantasies of biotechnology that call for nothing short of viral mutations. 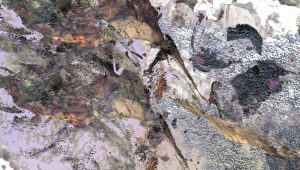