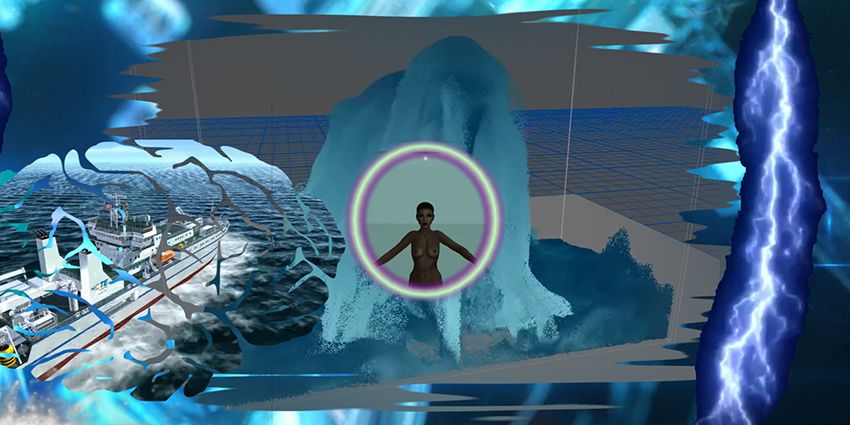 MIRA Festival in Barcelona is another of the festivals reinventing themselves in this transitional (hopefully) year. The impossibility of big gatherings is pushing curators, programmers and festival organisers to fin new form of engaging with their audiences.

MIRA.mov «Exploring Visual Languages» is the new monthly cycle of immersive screenings that will explore contemporary digital culture, re-evaluating new and old ways of thinking through innovative formats and narratives and presenting distinctive characteristics of digital media that reflect the state of the art and its aesthetics through techniques such as CGI (computer-created image), immersive audiovisuals, video game engines and 3D digital animation.

With session taking place one day of each week in September, October, November and December 2020, MIRA.mov aims to create a new showroom for exploration of various aspects of digital creativity and trends, showcasing emerging and renowned artists who work with moving images. The screenings are presented in double sessions and will feature premieres and immersive screenings created specifically for the cycle -and curated by MIRA-, in addition to a conference program.

September sessions have already Kicked off with Lawrence Lek‘s Geomancer and We are at the end of something by Keiken y Ryan Vauti, both premieres in Spain. Geomancer tells the story of an environmental satellite who wishes to become an artist, set in Singapore in 2065, and who imagine what would happen if the world were run by a post-human intelligence, while the piece by Keinken and Ryan Vaunti an installation in CGI film format built with a video game engine that wonders what new belief system we want in a post-COVID-19 world.

Other premieres include Tabita Rezaire‘s Deep Down Tidal, a piece that analyzes the power of water as a conductive interface for communication and Samuel Fouracre‘s D. ^^. $. ®. (dance.music.sex.romance), an audiovisual project in continuous development that focuses on placing the human within digital.

Specially comissioned or created pieces for MIRA.mov include MSHR‘s Material Sentience Habitat Ring, a poetic simulation of reality, created by computer and reflected through consciousness and software; Claudia Maté‘s Life Subscription a video that will explore digital life after death through the eternal condemnation of a parasite installed in our minds; Sevi Domochevsky‘s Gehenna 4.1, an absurd and frenetic journey that tells the story of an inhabitant of Gehenna, a digital hell where the impure part of the souls is distilled once their consciousness fades from the physical plane and Cruelaudia’ s Main-stream, a fake streaming in which various identities play video games and interact with each other creating a loop of different streaming clips and highlighting the situations that occur in a context of online gaming in real-time.