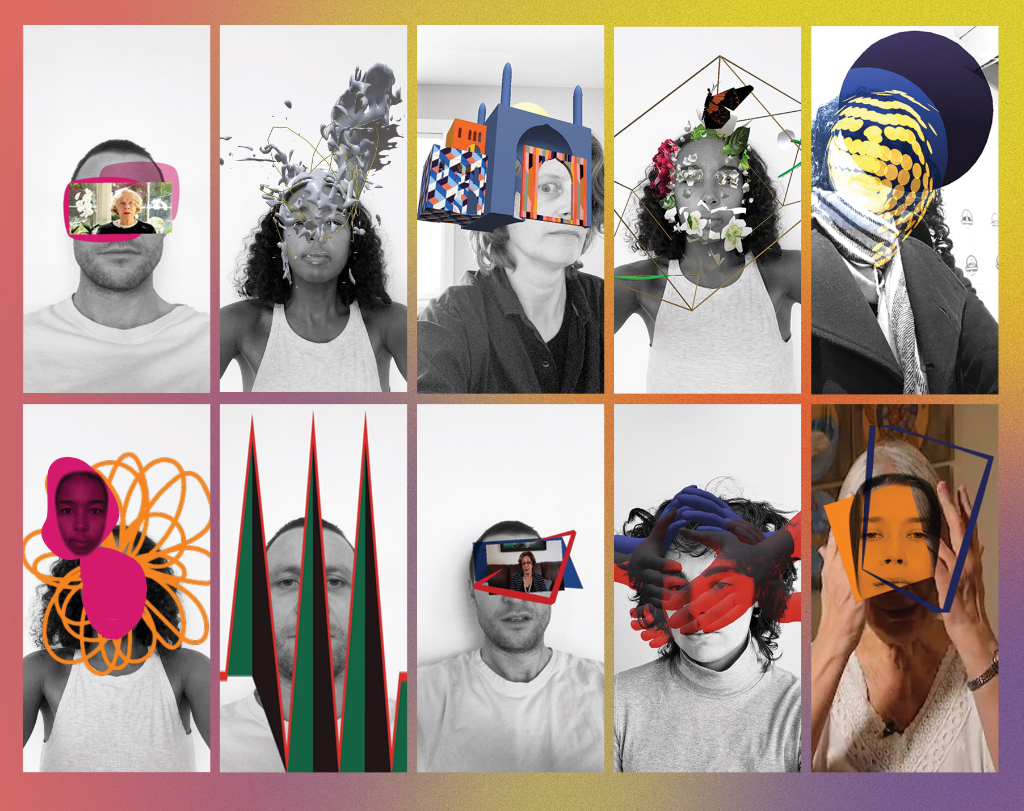 GREY MATTER AR is a series of Snapchat filters exploring the poetic and existential potential of AR and social media. With this project, artist Karen Vanderborght turns selfies into self-reflective mirrors infused with the wisdom of elders. It is a portable version of a Magic Mirror with which you can explore your most existential thoughts. ACT!,  the solo recording project of Toronto-based musician and producer David Psutka, created a soundtrack for the filters, which are now collected in an album; 100 musical vignettes of a few seconds each, adhering to the length limitations that mobile AR technology imposes.

Using popular platforms such as Snapchat and Instagram, GREY MATTER AR sets out to connect digital natives with the pre-app/internet generation, putting the oldest influencers in the spotlight. With this choice, the artist explains, the project inscribes itself in the recent and growing new media art tendency of social media art. Artists and hacktivists subvert, hack and tap into these omnipresent digital monopolies, their interventions ranging from virtual galleries to perverting algorithms to trick the platforms. Grey Matter falls somewhere in between as it gladly uses the free perks of AR studio and Facebook, to sneak meaningful content in an otherwise ludicrous commercial environment.

For this project, Vanderborght talked to a group of seniors who come from all walks of life. Inside the AR Filters, we can find valuable pieces of wisdom by Andrew; an Ojibwe leader who lived through the residential school program, Alf; a church organist who publicly came out as gay at 80, or Anne; the first black Senator in Canada. The artist started conducting and recording these interviews back in 2018, and in total, she spoke to 10 elders who shared diverse and universal wisdom on some of life’s biggest questions. With an aesthetic inspired by American modernism, Grey Matter invites the user to rethink the most prevalent modern-day form of self-portraits and selfies. It’s important to inject new technologies and trends with a good dose of art to keep it human and exciting. Art is often a motor for conceptual innovation. Each design and movement within the Snapchat filter is motivated by the words, thoughts and appearances of the elders, transposing and intersecting them with the selfhood of the users, prompting them to engage in themes such as age, memory, regret and resilience.

Selfies have become part of the daily existence of many, whether it be taking them,  posting them or just viewing them mindlessly scrolling down the feed. As the process of taking them becomes a habit, it seems pertinent to raise questions of what they mean both in their social and individual dimensions. Although selfies are thought of as a cultural mass phenomenon of the early 21st century, Western culture was no stranger to self-depictions. There is a long tradition of pictorial self-portraits since the Renaissance, denoting an intrinsically human condition; our highly developed self-awareness.

Upon first glance, self-presentation for an audience seems to be one of the most prominent reasons for taking selfies.  In most cases, people don’t take selfies just for themselves but instead having a potential audience already in mind and thinking of the particular impression and image they want to live with it. But aside from their social dimension, they can also be a means of self-observation.

Since there is no need to depend on anyone’s assistance to take the photo, selfies are a very individual act and, therefore, a perfect scenario for self-exploration and self-reflection. Filters, which have broken into the social media sphere with force, offer new possibilities for self-presentation and identity construction.

With their influence on individual self-image still being studied, they allow each individual to see themselves anew every time. Each new technology and platform gives us a chance to shed new light on the human story. They can break open new paths for art itself and as well multiply the dimensions of human expression. At the same time, it can make us re-appreciate and reinvigorate the art and craft of more traditional artistic expressions. Vanderborght sees the potential in the act of taking selfies and the uses we give to social media; social media etiquette will evolve and will find their right time and place to be used in one’s life eventually.

The work also gains new meanings and weight in the context we find ourselves in, immersed in a health crisis that has hit the hardest in the demographic of the “original influencers” the artist gives protagonism to. They are part of a generation that is largely overlooked by social media platforms and new technologies, which reflects one of the failures of contemporary western societies; the neglect of our elders. As the artist asserts, Agism is foremost a symptom of wealthy western societies focusing on youth, performance and productivity.

For as long as humans have been humans, older people have played critically important roles as advice-givers. Indeed, anthropological research shows that survival in pre-literate societies depended on the knowledge of the oldest members. It’s easy to forget that it is only in the past 100 years or so that people have turned to anyone other than the oldest person they knew to solve life’s problems. In recent times, the internet and apps seem to have taken over. Grey Matter AR lets a generation of digital natives tap into the rich source of life experiences of the pre-app generation, building bridges between generations, and showing that the human experience is the same regardless of the technological era you live in.

ASA, stories of transcending the barriers between the physical and virtual worlds 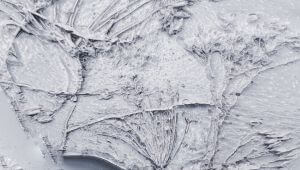