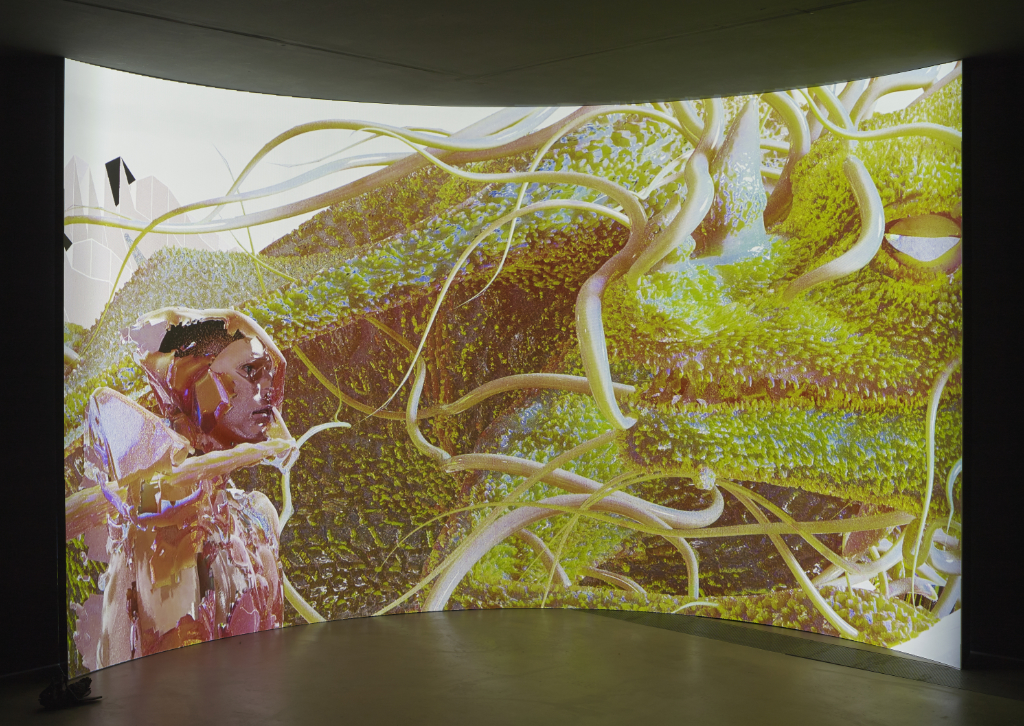 Exhibition: Bassam Al-Sabah’s ‘I AM ERROR’ at Gasworks, London

Gasworks (London) presents I AM ERROR, the first solo exhibition by Belfast-based artist Bassam Al-Sabah. On view until 19 September 2021, the exhibition explores the construction of masculinity in action-adventure video games. Presented in an ultra-immersive cinematic environment, Al-Sabah’s newly commissioned CGI films confront the armouring of the male body in gaming culture by queering its military ethos from within.

The show is punctuated by digitally sculpted objects that explore the materiality of organic decay, extending the eerie atmosphere of Al-Sabah’s animations into the gallery space.

The centrepiece is a 28-minute-long animation projected on to a large curved screen that features a collection of cinematic sequences from an imaginary game in which the hero’s body is constantly in flux.

The film celebrates the hero’s growth and transformation in all its literalness, as his body sprouts and blends into its surroundings, among writhing flowers and tentacular creatures. The tactile, hyperrealistic quality of the footage contrasts with the immersive architecture of the film installation, which engulfs the viewer to induce a sense of disembodiment.

Al-Sabah’s family was exiled from Baghdad after the Iraq War and his work is a reflection of his geographical dislocation.