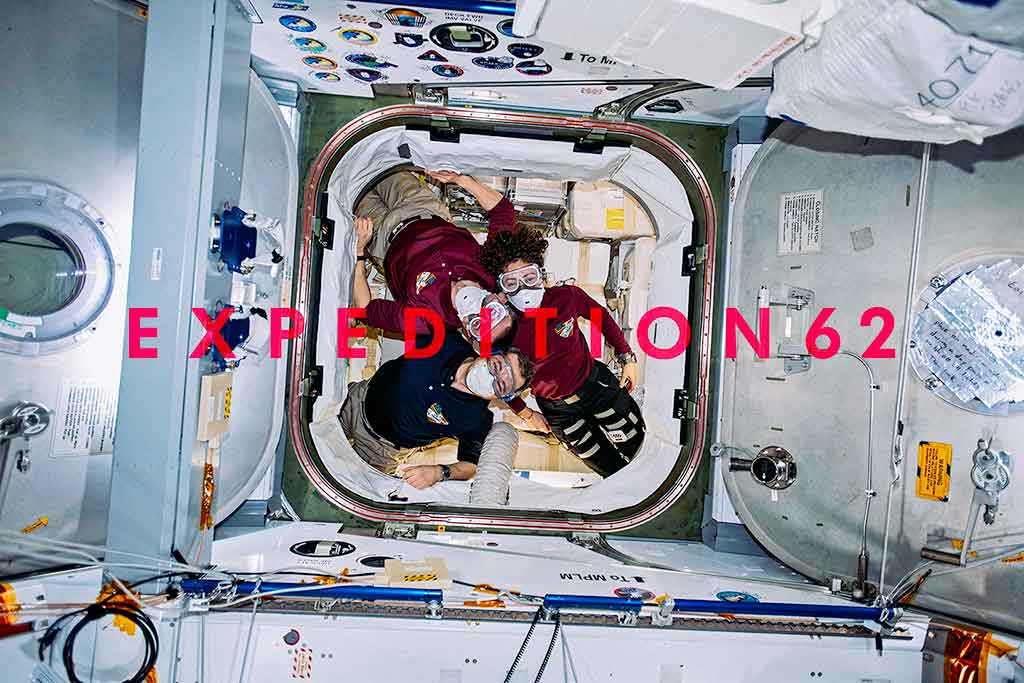 In March 2020, we found ourselves locked inside, like everyone else. One of us was in Bucharest, Romania, the other one was in London, in the UK. We knew each other since childhood and we had done projects together previously, but not recently – because of the lack of time and synchronization. So this seemed like the perfect opportunity to gather our forces towards a co-authored project (from a distance of 2.547 km).

The idea of making a film specifically about the 62nd NASA Expedition on the International Space Station (Jessica Meir, Andrew Morgan, Oleg Skripochka),  started from the abstract concept of isolation. We were experiencing the lockdown, thus a form of isolation in our homes, so we felt somehow closer to astronauts – because they, too, were exposed to living in a closed space for a long time. For the first time in history, people on Earth and astronauts were somehow in the same position – the major difference being, of course, that astronauts were already trained physically and psychologically to live in confinement. At the same time, for us, the feeling was unfamiliar.

So the film was a way to understand their world – and at the same time – ours. And to build some bridge between them. It was our way to escape our homes and to immerse in another universe. At first, we passed through all kinds of footage, everything that we could find about life on the ISS. We looked at older footage, as well, and made some pre-selection and “character casting” as we watched different crews that were on the Space Station in 20 years of activity, since 2000 and until the present.

Among all the crews we “stalked” during our research, we stopped at Expedition 62 for obvious reasons – they were physically in space while we were in front of our monitors, working on the project. We experienced the global pandemic on Earth and they were experiencing it at the exact same time, on-orbit. It was fresh, the story developed almost live, in front of our eyes.

We learned a lot about astronauts’ life on orbit and we started to look for those moments when they were unaware of the camera, to look at their faces and not necessarily at their actions, to see their fatigue, their pure joy and restlessness. Our mission was to select those moments that took us in a different state of mind, that touched an emotional side of human life in space. We looked for moments that were “in between”, not the standard images you see in the news reports about space. We also had to play with the relationship between the characters and the camera, because almost everything they do for work, they have to document through video. So the camera is always present, always in the way. There is a sequence that didn’t end up in the film, in which one of the astronauts says: “The difference between work and personal time is whether or not the cameras are on. Meaning if Mission Control is watching us do our work or not.”

The result is an experimental short documentary that draws the portrait of Jessica Meir and her crewmates during their mission in space (25 September 2019 – 17 April 2020). But it is also an invitation to meditate on the fragility of human presence in a much bigger context. The contemplative music of Lamin Fofana helped us a lot to build this mood of alienation and nostalgia, as the film progresses from a “normal” mission to a strange reality. 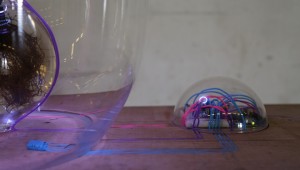