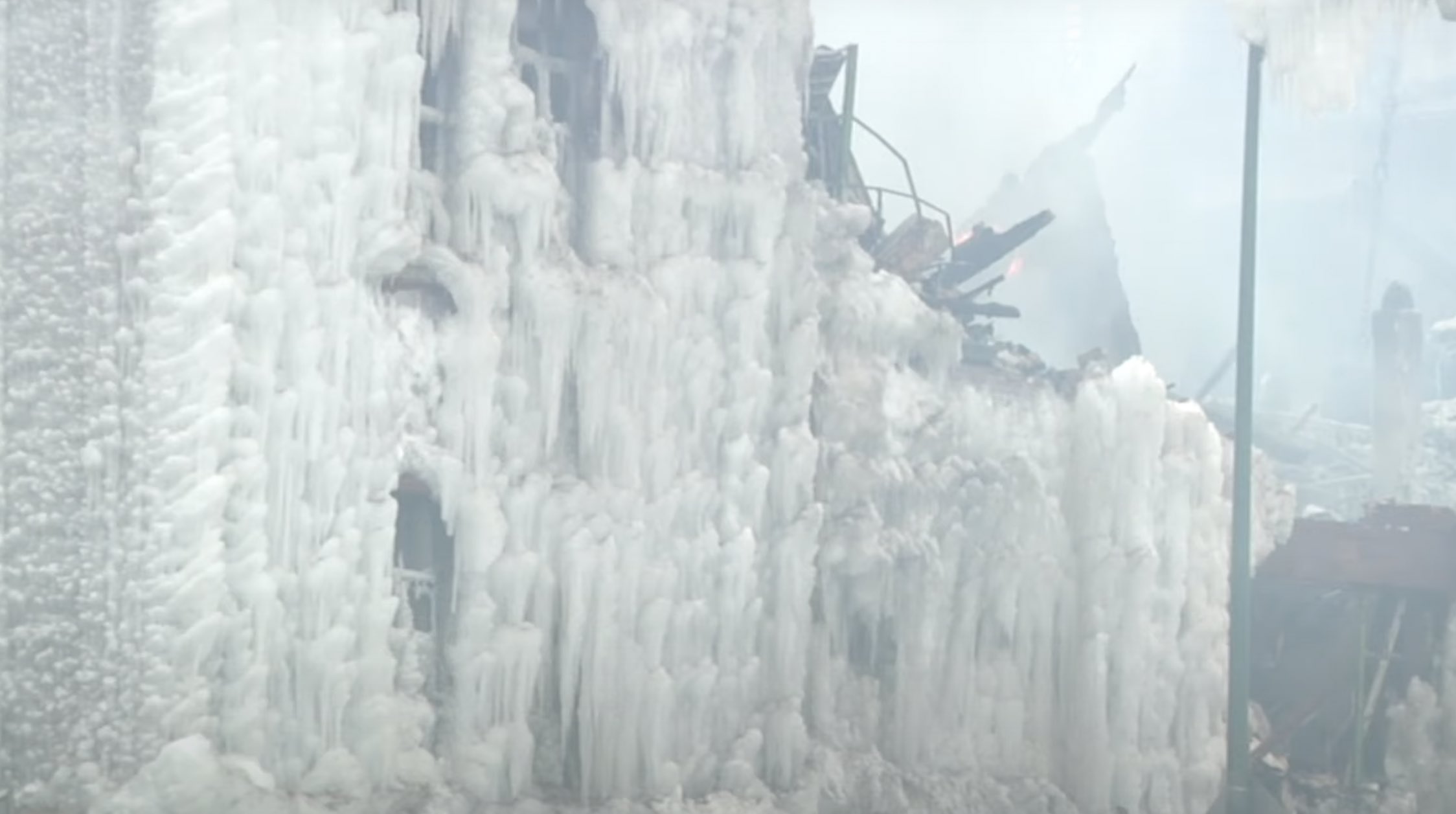 Olivia Block is a media artist and composer with a body of work that includes sound recordings, audiovisual installations, performances, sound design for cinema, and scores for orchestra and chamber music concerts.

Over the last twenty years, Block has pioneered the utilization of audio field recordings and found materials in the realms of music and sound art. She combines field recordings, chamber instruments and electronic textures, resulting in mysterious and vivid electroacoustic sound pieces.

Block will be releasing soon an emotive and elegant new album Innocent Passage in the Territorial Sea for Lawrence English’s Room40 label and she has released the first single, Axiolite, with an accompanying video.

With a title referring to very specific rock pattern structures, the video for Axiolite was shot and directed by Block herself. She shares with us that she recorded the original footage back in 2013, as she had learned, on a frigid February day, of an empty warehouse which was burning down on the south side of Chicago: The fire was put out, yet it was so cold outside that all of the water froze on the facade of the building, creating a paradoxical freezing and burning situation. I happened to be borrowing a video camera that weekend and went to the site. I snuck in many days in a row to record the building coming down. I knew I wanted to revisit the footage back then, and this album became the perfect occasion.

There’s something about the visuals, the sound or combination of the two that reminisce some of Phil Niblock’s audiovisual work, a sense of desolated geology that transcends into the sound.

Block shares that when she was making the video she was thinking about postapocalyptic and dystopian imagery, having just re-read the novel Ice by Anna Kavan, a story that takes place in a series of surreal ruins covered in ice. The ice is slowly creeping over everything, and the world is coming apart.  Block edited the video so that the images looked like the landscape in Kavan’s novel. The landscape in the video expresses a gnawing sense of existential dread I feel now and a sense of deep sadness about environmental loss. I am not interested in creating overtly political work so much as creating impressionistic imagery which reflects human internal, emotional landscapes.

Discussing more details into the video-editing process and how it can relate to the sound, the artist states that the meaning of the video comes out of the editing process: I approach the visual footage in the same way I approach my field recordings. When I edit these materials, they are presented much less as documentation of something which occurred in a certain location and time.  I want the images and sounds to become pieces of meaning in a larger strange dream-logic narrative.