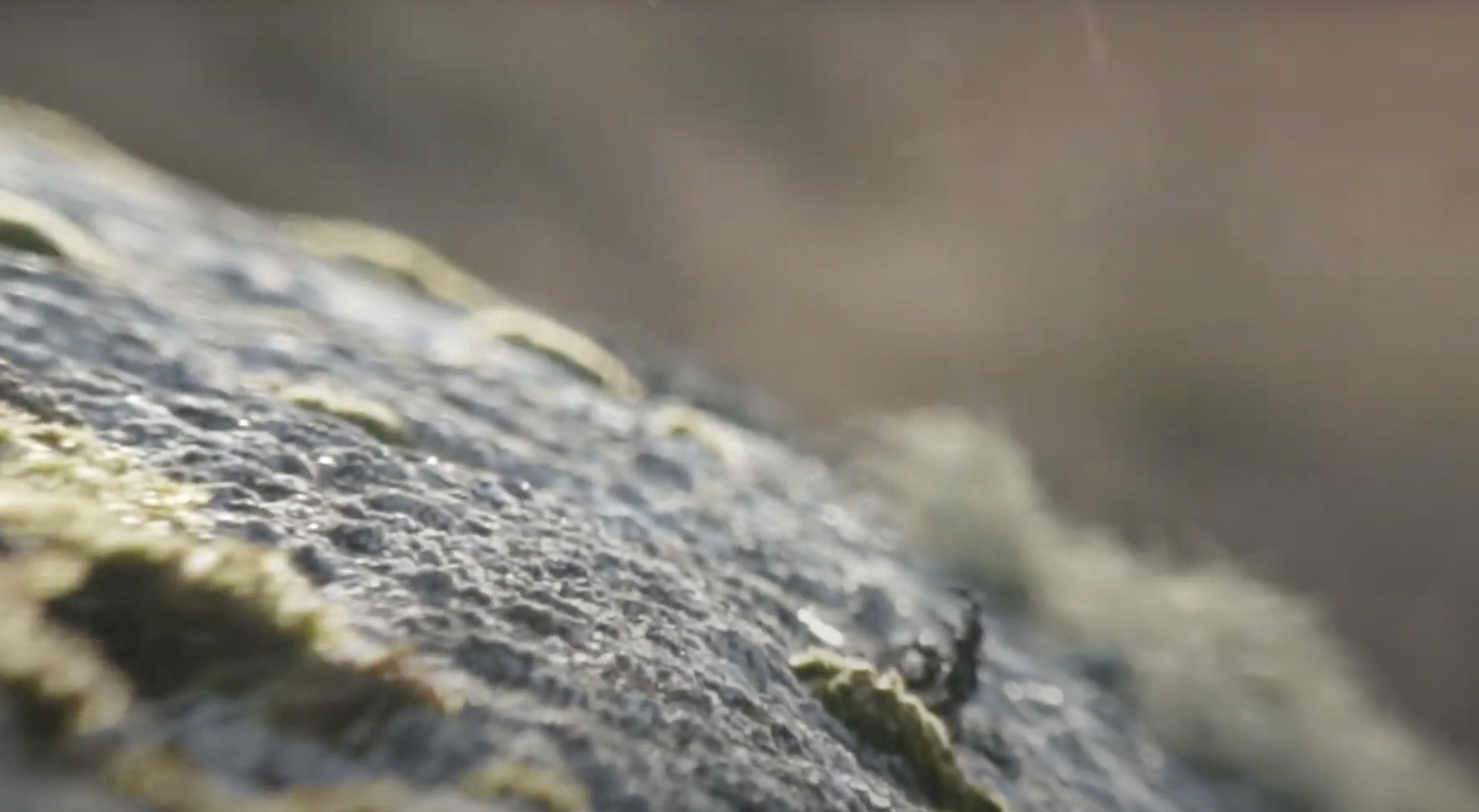 Irish musician and performer Olan Monk will be releasing their latest production, the Auto Life EP, via C.A.N.V.A.S, the events series and record label they co-founded with multi-disciplinary artist Lugh, later on in October 2021.

Today we are sharing the video created for their haunting first single Fameless. As their signature autotuned drenched vocals echo into slick guitar riffs the sound of a crowd erupts calling Monk to the stage where they belong.  The Frameless video, Monk shares, was shot in the West of Ireland with Irish videographer Paul D’Eath: We rolled up in a de-badged Ibiza and shot what happened out there in the cold winter wind. The land there is all bog—wet marshlands formed by compressed dead organic matter over thousands of years. You can really feel that the landscape is always the real star of the show, so I just disappeared into it. This video was edited by Inês Baptista, a Portuguese videographer and regular OM collaborator who really brought out the colours and feelings of the land we had tried to capture while creating some kind of warped narrative.

The bogs are places intrinsically embed in an aura mystery and eeriness and have a prominent aspect in Irish culture and mythology, especially also due to the discovery of the so-called bog bodies, extremely well preserved human remains from ancient eras due to the particular biochemical properties of the soil. Bogs and their otherworldly inhabitants have been extensively been interrogated by artists, more recently such as Northern Irish experimental ambient producer An Trinse.

Olan Monk’s Fameless video is able to recall these ancient mythologies from a contemporary gaze and as the EP itself, like a drag approach that reveals the performance of gender through confusing and hybridising signs, representations and identifications, conflating genres has an inverse effect in that it reveals its opposite: the continual performance of their segregation.


The EP is written from the perspective of a 27 club survivor and lamenting the young dead, no longer themselves young and celebrating the spectral presence of iconised peers. Olan Monk is self-aware of the problem of over-identifying with the fictional performance of the solo act in various guises or archetypes: the rockstar or trap star. Olan Monk explains – The sacred framing of presence makes the pop idol always-already-dead by turning them into a symbol and an image—undead, un-ageing and endlessly reproducible within a commercialist visual culture. I love this music—yet I question the context and conditions through which it has come to exist and continues to change shape. Opening up the horizon of pop to a new kind of strangeness, where the familiarity of the pop song disappears into blissful distortions and mixed signifiers towards a world in-between, otherwise unknown. Almost like those bog bodies trapped under layers of organic matter awaiting their final performance.