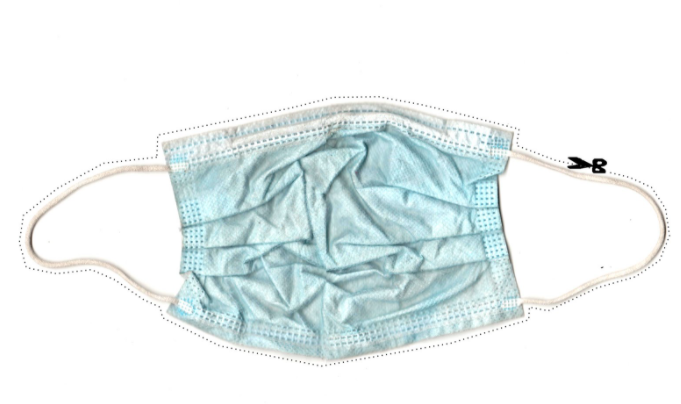 Column: ‘In principle, yes… covitizing the past’

Do you know this subtle unease when watching a movie scene where people cram into a street, bus or shopping mall while disregarding social distancing? This instance where you nearly started up to yell at the screen: “Where the heck are your masks?” To me, the degree to which I had internalized the Covid-19 rules surprised over and over – even with films that played (and were obviously directed) in another time.

For a maximum of discomfort, I recommend Jan Verbeek’s One Hundred Seconds in Tokyo. Watching dozens of Tokyoites squeezing into a subway car used to cause a mixture of grin and empathic pain. Now, you watch it and constantly think of risks of infection. It’s not a longing for the light-hearted past, it is a feeling that something in the pictures is inherently wrong.

Psychologists call this discomfort cognitive dissonance, which means that one’s actions contradict one’s own beliefs, causing psychological stress. While it is true that, in a movie, the viewer is not the actor, it is also clear that a core function of movies is to submerge their audience in its world. Viewers are compelled to identify with the characters and thus see their actions as if they were their own. That’s where the stress arises: Actions that we identify with, yet cannot influence, contradict rules that we have just internalized to contain a deadly virus.

To solve this cognitive dissonance, human beings could employ four different strategies. The first is to avoid actions conflicting with one’s beliefs. However, in times of closed theatres, clubs and cafés, it would seem outrageously self-mortifying to forgo movies as well. The second and third basically consist of justifying the behaviours seen on screen, which is our usual reaction: We comfort ourselves by realizing that it is just a movie we are watching. Yet, what about the fourth?

The fourth strategy entails a behaviour change. Difficult to do in a movie, right? It seems, there is no way we can influence what the actors we identify with are doing in the movies. We can neither tell them to socially distance nor to wear a mask. Well, actually we could do the latter.

First, we check out for images of a Covid-19 mask – ideally one where we can see it from the side, and another where you see it from the front. We copy them into an empty document and fill blank spaces with tinier versions of the same image. Then, second, we print the page, cut out the mask and glue a chopstick to the backside. Zack! We have the 2020-version of the fake moustaches which teenies brought to home parties a few years ago.

Now, each time we watch a pre-Covid-19 film and are on the brink of admonishing characters who seem to defy common sense, we can grab our mask-stick and hold it in front of the screen, covering the respective actors’ faces.

You cannot imagine the instant relief to our bemused brains. It’s the return of light-hearted movie experience as we know it.

So, can we align our cinematic heritage with our new normal? In principle, yes…


In principle, yes… it’s a monthly column dedicated to speculative political interventions. Aa series of short texts aiming to spark thoughts and reflections in topics at the intersection of technology and social politics.


*Yunus is an author, artist and activist. He also calls himself the inventor of Peopleless Protests, a tool that enables safe democratic participation during Covid-19 lockdown measures. The concept spread around Europe made it to Australia and the Washington Post.