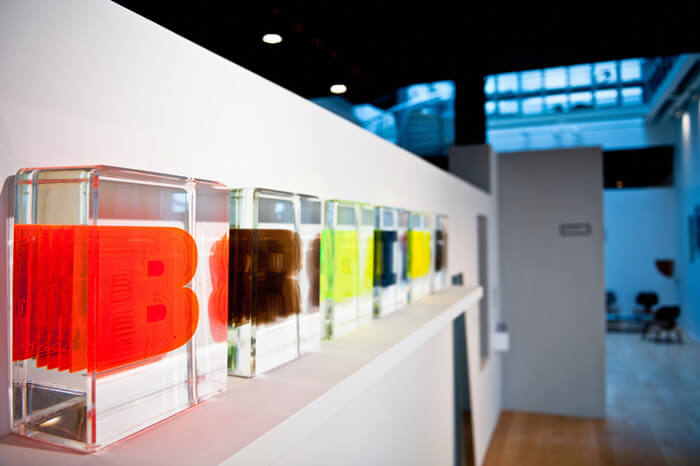 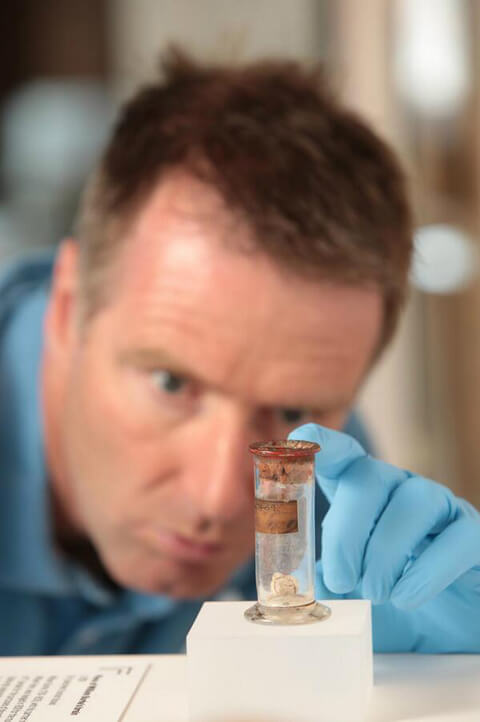 Dr. Marius Kwint at MOSI in Manchester in 2013 during Brains: the Mind as Matter 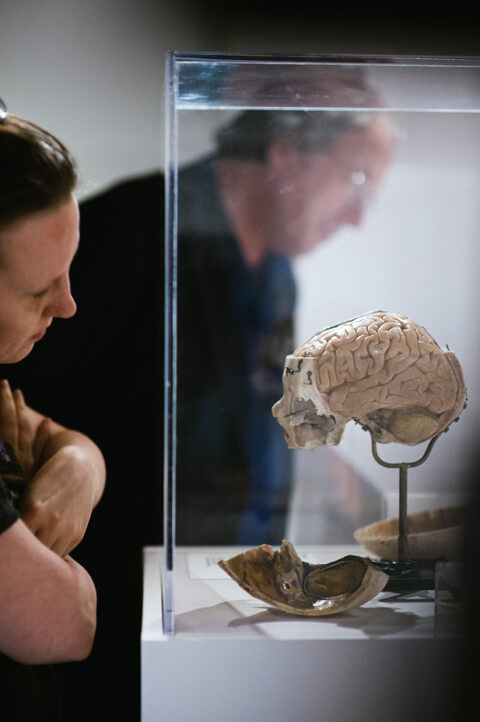 Dr. Marius Kwint, cultural historian at the University of Portsmouth, is passionate about science and art. In one of his most recent projects he was guest curator for the exhibition Brains: the Mind as Matter at Wellcome Collection in London in 2012 and at the Museum of Science and Industry in Manchester in 2013.

The brain is the most complex and enigmatic of human organs. Understanding the relationship between the brain as an organ per se, and the mind, the recipient of our thoughts and knowledge, has been one of the major assets of neuroscience, an interdisciplinary science that explores the brain and the nervous system. Neuroscience encompasses disciplines such as chemistry, anatomy, linguistics, neurology or physics to name just a few.

With this exhibition, Kwint opened a door to a deeper understanding of the brain from a medical and cultural point of view: Scientists and artists blend their knowledge to decipher how our brain works. 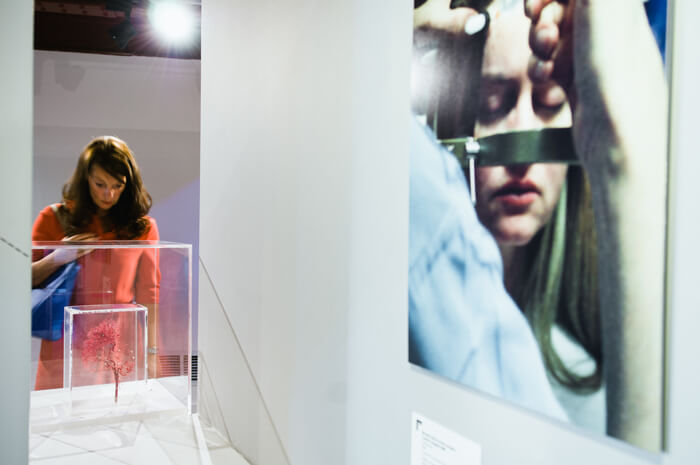 As a curator, your work sits at the intersection of art, science and visual culture. When and how did the fascination with science come about?

I blame the Cold War. Well, more precisely, the modernistic promise of technological utopia, apparent in aviation and other exciting new forms of mobility that captured my childhood imagination in Suffolk during the 1970s. There were various particular factors. My father was a school teacher at the nearby US Air Force base, which entailed the perk of a transatlantic flight for family ‘leave’ every couple of years, so I became a bit of a plane buff and spent a lot of time drawing scenes with fantastic machines. There were also factual BBC TV programmes such as Tomorrow’s World and Blue Peter that maintained the sense of science-driven optimism.

That went sour in my teens as I and many of my generation became more aware that it was all poised on a nuclear hair-trigger. I began to be persuaded by the arguments of some of my friends in CND and the environmental movement. But I suppose some elements of a general interest in science and technology, which was to a large extent expected of boys, stuck. I also enjoyed general knowledge challenges, though tended to flourish most in art and English. Even basic still life drawing involves some attempt to understand the natural world in the course of representing it.

Post-16 education in England tends to force you down either the science or arts route, and I opted for the latter, ending up with a disappointing A-level result in art and design. I went to Aberdeen University in 1984 with the intention of doing geography, in part because it combined the social and physical sciences, but was pleased to find that the Scottish model of higher education allowed a still broader base, so I took first-year options in geology and history of art alongside geography. I was then lucky enough to be around for the introduction of a new interdisciplinary course called Cultural History, to which I decided to switch at honours level. It was taught across several departments so that there was actually more staff contributing to the course than its six students. This golden moment allowed me to continue an abiding art-historical interest while exploring other contexts that intrigued me, such as the history of philosophy, science, politics, and so on.

As a postgraduate in history (of the circus!) at Oxford University, I found that the college system facilitates meeting people studying other disciplines. If you’re curious, it’s a good opportunity. My partner, now wife, was researching neurophysiology there, so our relationship entailed many conversations with scientists, including those known for their public engagement work, such as Colin Blakemore. The topics we discussed, for example chaos theory or the modelling of computers on neural networks, often seemed more exciting and inviting than some of the factional quarrels that were taking place in the humanities as historical materialism retreated in the face of various postmodern divisions.

In fact, my wife Jemma did an art and science exhibition before I did, when she and her sister Henrietta Hine, an artist who later became Head of Public Programmes at the Courtauld Institute in London, put together a project called ‘Soundings’ in 2000. This was based on a remarkable effect of the inner ear known as otoacoustic emissions and featured sculptures, glass engraving, a specially commissioned poem by Simon Armitage and live events at the Royal College of Art in London and at the Southampton hospital where Jemma worked as researcher.

Around that time I began a lecturing job in History of Art at Oxford University, in the department then headed by Martin Kemp, the renowned scholar and curator of Leonardo da Vinci and of science-art relations more generally. He was quite encouraging of my curatorial endeavours in science and art, such as the exhibition Einfach Komplex (Simply Complex), on dendritic or branching forms, at the Museum of Design in Zurich in 2005. At my current university, Portsmouth, I’ve also managed to strike up good collaborations with some of my scientific colleagues, for instance the distinguished brain tumour researcher Geoff Pilkington and the Leverhulme artist-in-residence (and erstwhile neuropharmacologist) in his lab, Immy Smith.

For scientists one area of ethical concerns is how to dispose of the living tissue at the end of an experiment. What problems do you face when curating art and science?

The histories of medicine, anthropology and biomedical science certainly contain many dark chapters, and their museums and collections inevitably hold evidence of these ethically problematic (at least by modern standards) episodes.  In the Wellcome Collection exhibition Brains: the Mind as Matter in 2012 and 2013, resident curator Lucy Shanahan and I featured several quite sensitive exhibits, but as a medical history institute, the organization supported our aim to confront the realities of subjects such as brain surgery, post-mortem brain harvesting and so on, while exercising all due diligence and putting them in proper context. Other than that, I would say the chief issues are bread and butter for many museums: getting often complex exhibits to work consistently throughout the many months of display, conservation, ensuring permissions and licensing, and so on. Fortunately most of the exhibitions I’ve worked on have had seasoned and very competent professionals looking after the practicalities, and so the main problem I have faced is usually trying to find the time besides my regular academic duties to identify, discuss, think and write about the content.

Is BioArt helping understand scientific issues/research or it is challenging what society understands about them?

It depends which examples of Bio Art you have in mind, but I would say more of the latter than the former. Art usually refers to its own history, but also to the accumulated norms and values of the society to which it’s more or less meaningful. It’s also, of course, an expression by its creator(s). For example (without wishing to give too much away), the Australian bio-artist Helen Pynor is currently doing some really interesting cellular biology work that is a genuine laboratory feat, but unlike standard science is designed to trouble commonplace consumer perceptions as well as highlight more historic cultural anxieties and ambiguities about the nature of life and death. Naturally, this project reflects her hybrid education and interests, her upbringing and circumstances, and builds upon her artistic and intellectual achievements so far.

Breaking out of its niche into the rest of the contemporary art world, I suppose. There were notable signs of its spreading influence at this year’s Venice Art Biennale (where I co-curated an exhibition in the official collateral programme with Sundaram Tagore entitled Frontiers Reimagined). The Swiss pavilion, containing Pamela Rosenkranz’s pungent pool of Caucasian skin-toned liquid is one memorable example. It’s worth noting how the Bio Art movement is flourishing in Australia, where perhaps (and I’m hesitating here, never having been there) artists don’t feel the same pressure to dialogue with the full weight of Euro-American art history.

Oh, having mentioned it, directing the Venice Art Biennale would offer an unparalleled creative opportunity, though with many complexities. But it’s hard to beat a big London show for sheer numbers of international visitors, media coverage and public impact. Perhaps something ambitious on art and science at the V&A, where I used to work as a Senior Research Fellow in the 1990s, and which in recent years has done some sharp, well researched and popular shows such as Cold War Modern and Telling Tales: Fear and Fantasy in Modern Design. I’d love to do another exhibition at Wellcome Collection too. I’d also like to curate more work that I’ve commissioned and helped to develop, as I find creative dialogue, identifying and conceptualizing subjects, and the production process exciting and fulfilling.

My wife being around; running with our son Caspar; political discussions with my mother-in-law; the BBC (however maddening); the NHS; art (and science!); beer; proper coffee; in-depth conversations with friends, colleagues and students; my awareness of injustice (but in spite of that, the bourgeois pleasure of skiing now and again); occasional heartfelt hugs, not forgetting our two Labradors Jet and Paws.

(Dr. Marius Kwint is Reader in Visual Culture, School of Art and Design, University of Portsmouth, UK. He was co-curator for the art exhibition Frontiers Re-imagined at the Palazzo Grimani at the Venice Biennale 2015. Twitter @mariuskwint) 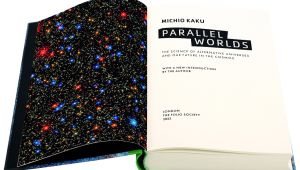