“Are you awake? You were talking recently about the meaning… of our… life… unselfishness of art… Let’s take music… music miraculously penetrates into the very soul! What is resonating in us in answer to the harmonized noise? And turns it for us into the source of great delight… And unites us, and shakes us? What is its purpose? And, above all, for whom? You will say: for nothing, and… and for nobody, just so. Unselfish. Though it’s not so… perhaps… For everything, in the end, has its own meaning… Both the meaning and the cause…”
Stalker, Andrei Tarkovsky

Art and music have always been closely linked to human existence, as well as the metaphysical meaning of these very humans forms of expression, and similarly, the unknown of the universe and cosmos beyond us. All these ideas materialise in 30D Records and 30drop, the record label and music project run by electronic musician 30drop along with Ángel Molina (one of the key players in the development of Spanish dance music from its inception to the present day). Both Sergio and Ángel are the heir of the electronic music boom in Barcelona in the early 90s, the one that turned the city upside down and put it at the epicentre of the whirlpool that was sweeping Europe.

30D began releasing music in 2014, even though the project was incepted way earlier, in 2009. The label is strongly influenced by Detroit techno, obscure electronic sounds and most importantly experimentation. Most of the releases and the general ethos revolve around a concept from where the music orbitates. This is well reflected in the different sublabels which offer a crafted and curated palette of sounds and artists, finding from the most classic sounds of electro and techno to more industrial investigations. Conceptually they are inspired by the Universe, Science Fiction, and minimalism. With a more psychological and sombre view, one that more a state of the mind rather than a physical space.

The music is the perfect reflection of all these influences and inspirations; releases such as Arpanet/30drop split Phases EP, that sees both artists sharing their particular vision of experimental electro, Terrence Dixon’s Exoplanets EP, with remixes by Dasha Rush and 30drop, or 30drop’s The Time of Cruel Miracles LP. This last one taking inspiration from Solaris, the novel written in 1961 by Stanislav Lem and popularised as well by the enigmatic Tarkovsky film. 30drop also published his debut on Token records last year, From Beyond The Unknown LP, defined as a six-track journey of sinister techno and ambient, that evokes an excommunicative sense of splendour from the outer reaches of worlds beyond. At the moment, 30drop is finishing a series of productions that will see the most mature forms of his sound, he shared with us recently.

2019 expects great things for the label; with 2 releases in the next coming months (a new EP by Terrence Dixon and another one by Reeko & Group for the Eyes Have It series) and a few more already planned for the rest of the year,  a series of parties to celebrate the 5th anniversary in different cities around Europe and a new adventurous project. 30D will be launching of a new branch of the label, one that will bring a more artistic side, including art installations and audiovisual shows, with a focus to bring the label outside the club.

A profound dedication for good work, honesty, and craft, while running away from the idea of fast-food techno or anything created for the mass consumption and aimed o get the maxim profit within the minimum time, makes 30D’s work something to keep an eye on. As recent discoveries and advancements in spatial research make us think we may be getting close to a paradigm change in our understanding of our world and our relationship with the universe we’ll keep interrogating and challenging our art forms for more answers to our fears and unknowns.

Sergio, what are you most fascinated about space and sci-fi and why you decided to articulate all the concept of your record label around it?

On one hand, it is based on science and scientific concepts as well as the need to fulfil existential questions. On the other hand, there is a fascination with the ability of human imagination to translate these concepts into arts like SciFi. Have you noticed how similar is the future that we are discovering to some things SciFi predicted? I don’t mean seeing flying cars or time travel, but more basic scientific concepts that were predicted with disturbing accuracy in old SciFi novels and movies. I am attracted to the concept that there is no more future than the one we are able to create.

30D was articulated around these concepts because for me are they are maximum generators of inspiration. At the same time, 30D is a project based on experimentation where the works presented are the embodiment of the conclusions obtained with said experimentation.

And Ángel, what made you become interested in the project?

Several factors, but mainly friendship and closeness with Sergio (owner and founder), which makes communication and understanding each other much easier. Also, his perseverance with this project is something admirable, and especially his way of understanding the music and the business around it.

How you both relate techno music to space/SciFi?

Sergio: Techno was always linked to space, from its origins. It is something that has shaped this musical style; from the use of sounds impossible to find on Earth and synthetic sounds, to the concept of space that contributes to it in a more philosophical level. Techno is a futuristic music par excellence and Space is something directly linked to our future as a species.

Ángel: Both things have always appeared to me to be quite similar, both are based on technology and the obsession to discover something beyond, without limits.

Sergio, 30D has been running for 5 years now, what have been the biggest challenges?

Apart from the challenges that the industry itself implies and which are already assumed as part of the game, the challenges have always been based on evolving both in quality and conceptually. The only thing that really makes me go ahead with this project and feel good about what has been done so far is to see the steps already taken and how the label has progressed. Thinking of the label 5 years ago and where it is now, and there’s a huge difference; now it is much more solid, mature and constantly evolving. That’s why I’m still on it. If this stops being like this, the project will finish, as it wouldn’t make sense anymore.

The concept of the close encounters series is quite interesting, it aims to recreate the feelings and interactions of a probable encounter between beings from different planets. What would be your dream release for this series?

To edit the recordings of the events that took place in Roswell in 1947 or a radio sequel to The War of the Worlds.

Ángel, you run the section Eyes Have It, a series dedicated to the more industrious and experimental dark sounds. What are your main aims behind the section and what we can expect ahead of this year?

Just being able to contribute with something different and interesting to what the other series already provide within 30D. Since my main job is being a DJ, which means I’m a massive listener on a daily basis, I pay special attention to all the material that I see that fits the label, especially if it comes from young or not overly recognized producers.

Eyes Have It gives shelter to techno music producers who work in a more risky facet than usual or, in other words, music that moves away from the 4×4 and easily punctured techno. Experimental music, dark music and lo-fi music, but always within a techno environment, are examples of what can be found in Eyes Have It.

For this year, The most immediate is a compilation in 12″ format of two producers (Reeko and Group) with 3 excellent tracks of post-industrial and experimental techno.

Sergio, the label is also a platform for your own productions. As a producer, your conceptual aims probably align pretty much with the label, but what are you exploring in the more technical side?

My explorations and experiments are carried out mostly outside the music field. Music is the way of expressing and translating my conclusions about these experiments or learnings.

However, it is inevitable that there is also a technical evolution on the musical side. It’s something I demand to myself to move forward. I am Not a purist of any technique or type of production, I have no problem using analogue machines at the same time as digital, software, modular, or whatever is in my hand to capture what I want. I think this flexibility is more enriching. A lack of capacity to change and adapt is boring and obsolete

Ángel, what does the work with 30D contributes to your personal work?

Sergio once defined me as A&R of the label. To be an important part and to take important decisions on the process of artistic selection of a label is something that had not done so far. I’m deeply grateful.

Sergio, what can we expect for the label this year?

On the one hand, new music, with both new and regular artists of the label, experimenting with sound and to continue trying to expand or evolve the style. And on the other hand to implement the last part of the project and so far has not been able to carry out: It Is finally to be able to start up the whole part related to artistic projects; Be it installations, audio-visual shows… It Is something that will define the 30D project as a whole and that will contribute with a significant expansion at the conceptual level and of generation of related material

Ángel: routine and getting too comfortable on the same spot, the mechanical work and the fast and easy money, all too frequent in the world of music. 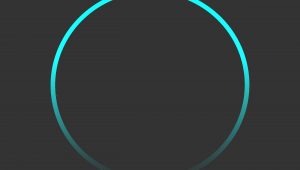