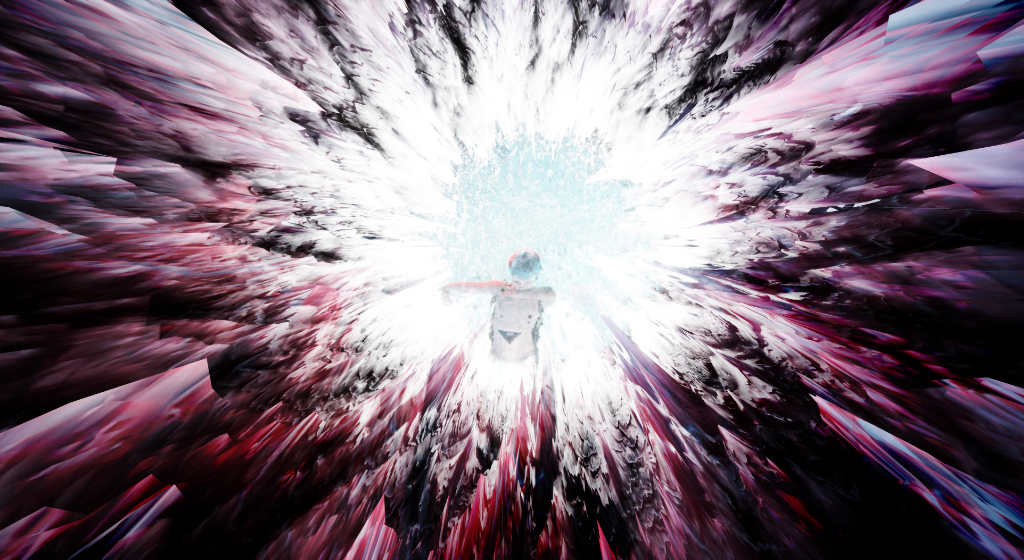 Error-43 are a group of architects with a common interest: merging humans and machines organically. Starting from this concept, the ERROR-43 Research Lab. was born. Based in Lisbon – Portugal, this collective works between realities to produce mechanisms that live in symbiosis with nature, learning and evolving from this interaction while responding to human needs.

Ranging between digital fabrication, robotics, artificial intelligence, soft structures and computer graphics, their research explores multiple tools, materials and technologies to use hardware and software to create a living being.

Driven by technologies’ possibilities, their work on METAMORPHOSEON establishes a parallelism with Medusa and the myth’s representation of the women head full of snakes. Using interactive soft robotics, the result was a piece composed of 16 tubular arms pumped with compressed air. The mechanism resulted is a continually changing installation, where the physicality of the moving arms reacts to the surroundings, creating a metamorphose between the users and the room.

To explore cyberspace’s potentials, the project LOOP combines both realities, physical and digital, by setting the mind free from our body. With the conviction that cyber-humans (human + device) are halfway to become post-humans, a state that puts the mind free from our physical constraints, this project challenges the concerns of the constant use of technology.

The fear to devote ourselves to Cyberspace and allow our minds to be manipulated, losing the opportunity to understand technology as a prosthesis of our shared minds. This project presents itself as a symbiosis of both spaces – a website and a physical location.

Natural and artificial, virtual and physical, human sensorium is the core ideas explored on ERROR-43 research and presented within their mechanisms.

You say that the group came together to develop a concept where technology could be an integrated part of the space to redefine how we live it. The space as an extension of our bodies. As architects, what triggered you to pursue this research and explore a concept merging human and machine organically?

All of us are a ‘product’ of the 2008 crisis. Still being Architecture students in different faculties, we all concluded that we needed to seek other ways to live in a space after understanding the contradiction and exhaustion of its terms in postmodern Architecture, somehow we needed to think outside of the box and explore different approaches of a mutable space, whether for its physicality or for the way it could be perceived.

We joined as a group because of our shared desire of creating a living space, one that would shape according to our needs and have a mind of his own, a live machine that was stating humans, technology and environment as equals agents of the equation. For that purpose, it was necessary to embrace new concepts such as computation, electronics and robotics, which we did as research.

As it became more notorious, we started receiving some work proposals; somehow, we were lucky to be invited to apply what we were doing in a research context inside our studio, in the real world. We started designing ephemeral stages for techno parties, which included the physical/digital interaction. The need for a professional result pressured us to become professionals, which helped to mature our discourse.

In this process, what started as a curiosity towards technology became a research about the interaction between human, technology and space. This relationship can profit immensely from a creative approach.

Your work is deeply connected to the use of technology, but on your project LOOP, your approach feels like an awareness of our dependency on the digital space. What does it mean to be human when our biology and technology merge together?

In LOOP, we were challenged by Bienal de Arte Contemporânea da Maia to answer what it meant to be global and local. We wanted to address this issue to create a piece that, thanks to technology were neither one nor the other, but both. Thus, we played with different layers of human-machine interaction, firstly and regarding the concept of local.

We designed a physical machine that contained a mixture of non-solvent liquids and ferrofluid. As a game interface, the user could move different magnets that pushed the ferrofluid, thus mixing the liquids. In parallel, and regarding the global concept, any virtual user in a digital location could input new drops of the different liquids inside the tank.

Thus, both local and virtual contributed, thus mixing to the same thing, a physical-digital painting, which was the installation’s final product. The situation we are all living in right now came to prove that the limit between physical and virtual is becoming more and more blurred, since we all have been living physical life in the same way we live the digital one, through a screen.

Suppose technological interaction keeps evolving, and the interface appeals to more senses than the visual and the hearing. In that case, we will be so connected in between us, independently of our physicality, that our own body will stop being a limit for our perception; if this ever happens, it means that maybe living in this natural system where organic technology and humans have the same agency, can result in a kind of endosymbiotic process that can finally balance our presence on this planet.

Technology has become a medium and tool that facilitates artists to explore new artificial horizons. Your most recent device, METAMORPHOSEON, comprises 16 arms that react to the users’ position. Which aspects of activating the senses of the public fascinate you?

We see our pieces as opportunities to expose our ideas to the public; each is a different social experiment. METAMORPHOSEON is a good example; we worked with soft robotics pumped by compressed air to create an interactive robot that was moving according to our physical relationship with it.

The goal was to create a smooth interaction, so the movement of the machine and the user would result in an organic dance that at the end, one would not know what was triggered by what, as if the real space was the result of this interactive dance in between them, a space created with the sense of in Between.

Somehow this sensitive activation of both the user and the machine defines a new concept of space around us, further from the one we distractedly feel just with our eyes.

Most of the work you develop are devices, but you also explore the VR environment. What was the creative process behind the project RHESUS?

RHESUS is one of these examples, where the users’ interaction surpassed our imagination. As a VR installation done in the context of the Ayahuasca conference held in Girona, the public was remarkably free from constraints, which led to an exciting experience for all.

To create an interactive VR environment, you need to create a digital device, a video game, which is not so different from creating a physical environment. Other tools use the same process and start as most of our works start, as a kind of dream that we discuss and later translate into reality. In this case, into physical/virtual reality.

The virtual display was a weightless oniric scenario enriched with visual inputs from the physical users’ presence around it. When we do a VR installation, we always feel we challenged to involve the spectators outside the virtual world, so it becomes a collective experience and not just an individual one. In this case, there was a projection of the virtual world seen by the VR user; the spectators could alter its perspective.

For at least 50 years, we have dreamed of cohabitating with robots like some kind of futuristic ideal. Can you foresee a time when people will coexist with the devices you are creating daily?

As architects, this is our main objective, to create a tendency where robotics and computation associate with design to enhance our capacity of using the space. We believe that the possibilities are already made, so it is only a matter of motivation.

With the evolution of digital fabrication and the easy access to technologies such as Arduino or a Raspberry PI allied with internet open source tutorials, everyone can achieve the most creative solutions for the most creative problems; it is only a matter of motivation.

It is easy to imagine a future not so distant where instead of evolving the final product. We were evolving the middle product, giving the people the power to decide which product they need. We believe that the only barrier to this reality is humanity itself.

Are you working on any new project that you can tell us about?

The collective comprises three people, each one of us with specific research that evolves today. Often the investigations contact ones with the others, and then a dream is created, and from here, we evolve ideas for future installations!

But right now, our two last installations left us with open questions that we pursue to explore. For one side, we aim to evolve further the experience from METAMORPHOSEON to achieve a greater level of interaction. For the other, we are working on the evolution of a phenomenon we experienced during the assembly of MUNDUS IMAGINALIS, a 29m diameter mylar semi-sphere we built during the event ‘An Arte Chegou Ao Colombo’.

This piece was placed under a glass dome, which created an interesting physical phenomenon. Due to the high temperatures, the air inside of the semi-sphere was going up, bringing the mylar structure with it and creating a vacuum effect.

Resuming, we understood that by changing the environment’s temperature, we could completely change the reaction of different materials inside of it. We are conducting a series of experiments to understand the possibilities of creating a morphing pavilion using this technique.

To us, what kills creativity is pre concepts. References are important; they are your base, your imagination’s food; nevertheless, if you address an exercise with pre concepts, it means that you already know which way it’s going to end, and that leaves no space for creatively finding the best solution.

Computers, our ‘digital chat’ and 3d printers! Computers are our working tool, an extension of ourselves, and your contact with the exterior in these weird times.

Our ‘digital chat’ acts as the action potential of the collective that communicates our neurons! It carries our information, our memories, our gifs and all our meaningless talks, and our 3d printers gave birth to wonderful specific solutions in all our last projects!