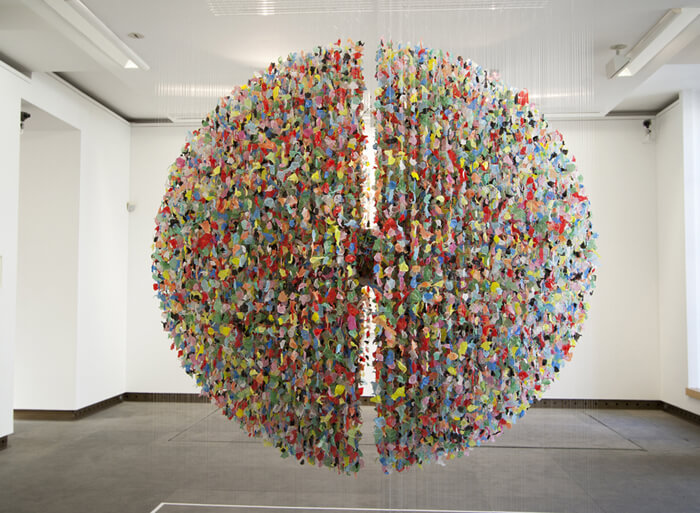 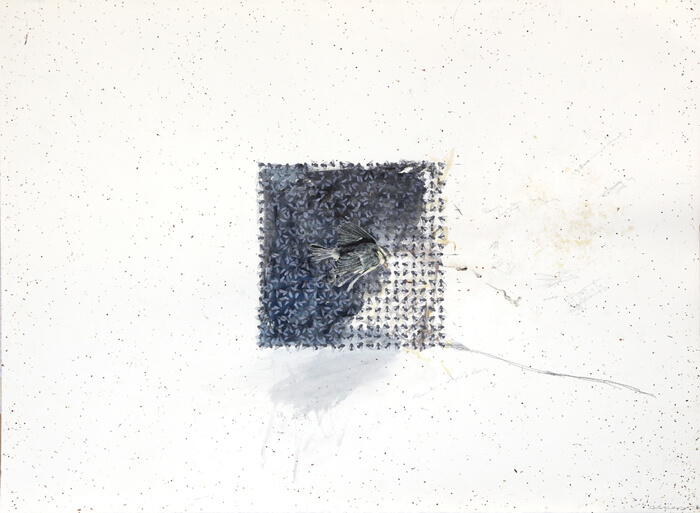 Visual artist Claire Morgan utilises taxidermy to create sculptural installations. Her surreal and fascinating universe is inhabited by botanical and zoological specimens suspended from the ceiling by threads. Her pieces blend art, living materials, taxidermy and literature to challenge the definition of art and promote critical thinking on change, time, movement and stillness.

The central theme of her work – how humans are related to the natural world – is distinctly evident with her hanging installations which are composed of organic and inanimate material. Seeds, strawberries as well as birds, animals and insects —that look frozen in space— float with an apparent lack of gravity. 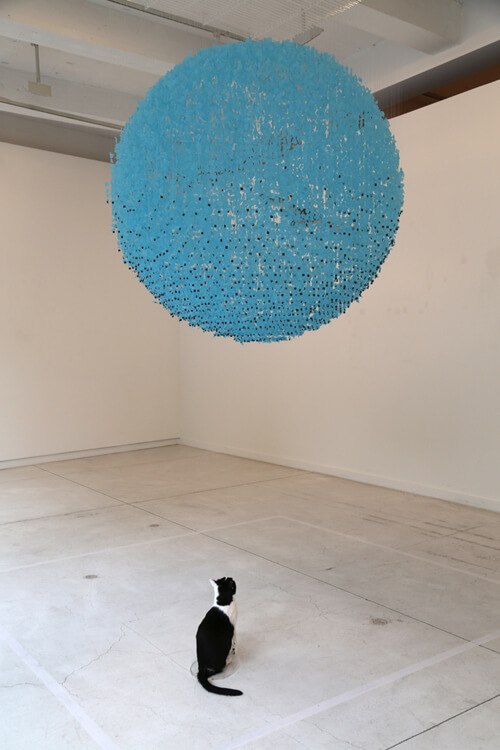 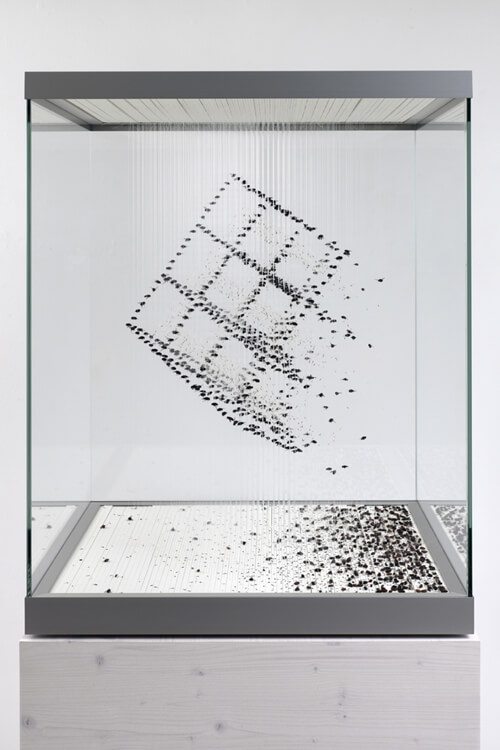 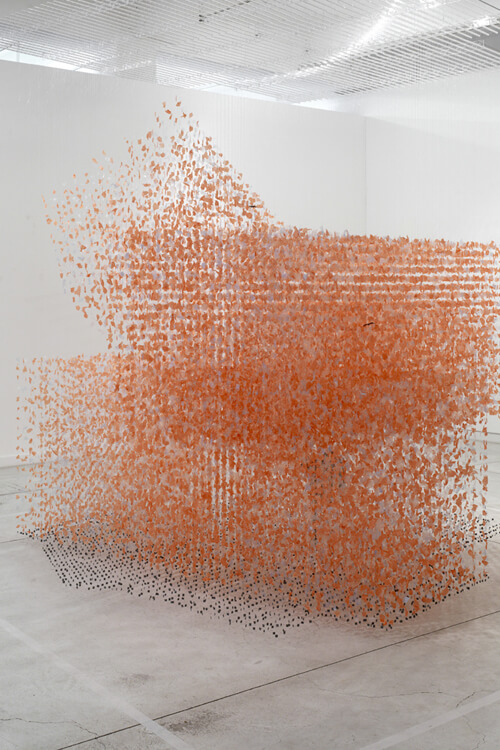 We have access to such an amazing range of information, philosophy and thinking, evidence and documentation of things that happen in the world, and creative responses to those things, and with this comes the potential for enormous development as individuals, to make changes so that we sit more peacefully and naturally within the world we are part of.

What I dislike most is that we seemingly cannot be bothered. So many people choose not to engage with this, do not care, and persist in just sticking more and more crap on top of the earth with which to temporarily distract themselves. It seems like a real waste.

I think it would probably be smell. Many things that smell good also taste good, and I love cooking and eating too much to choose taste. Sight, sound, and touch are things I could not choose to part with.

It’s not so much a piece of advice, but I remember as a child (maybe 12 or 13 years old) we visited my parents’ friends and they asked what I would do for a living.

I told then I would be an artist. I remember the husband snorted and laughed in an unpleasant way, and the wife sympathetically tried to ’defend’ my choice by responding that an art teacher could bring in a reasonable second wage. So they’d assumed already that I would not be an artist (which maybe wasn’t a crazy assumption though I am lucky my dad did support my choice) but that it would be ok because I could simply find a man to rely on financially.

Twenty years later I still clearly remember how much this idea disturbed me, so I think maybe it served as good anti-advice if very little else. Thankfully neither has yet come true!

Do you consider yourself an introvert or an extrovert?

I am totally introvert. I am not shy but I have a small group of close friends and am not good at making new ones. I need to think before I speak, and don’t like small talk, so I tend to disappear in a large group, unless that group includes some of the aforementioned good friends!

I have become very interested in meditation and Buddhism recently. I’m interested in how much of what happens to us day-to-day is a product of the stories that are going on in our heads, as opposed to what is actually happening in the moment, and how it can be possible to change that.

Also, I am fascinated by the writing of David Foster Wallace, which is just so strange, and so beautiful.

Forthcoming places where Morgan’s work will be exhibited.